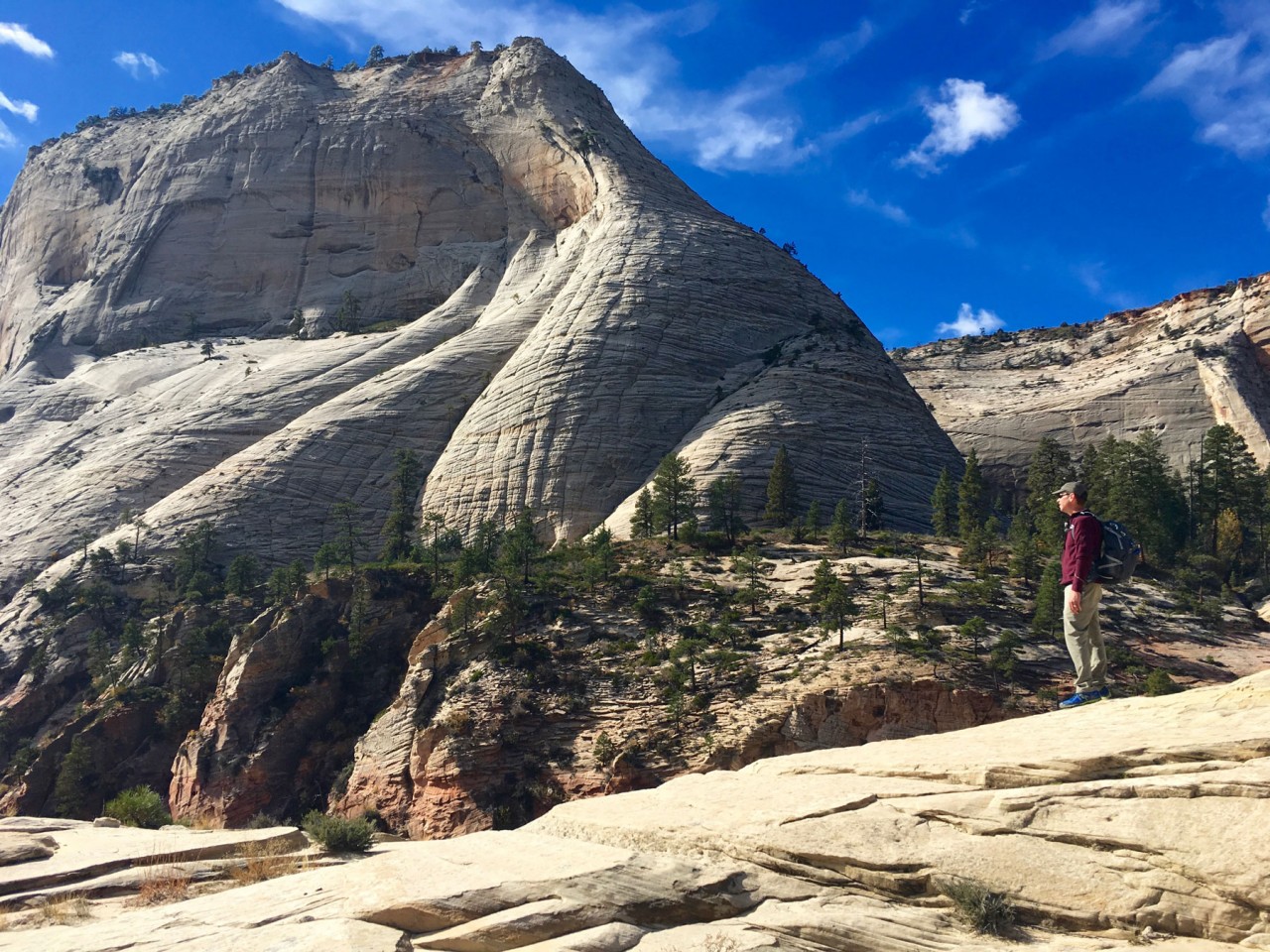 We spent an expeditious Tuesday night at a very generic RV park in Page, Arizona. Our primary mission was a hot shower, and after five days there was no putting it off any longer. Trust me. Having accomplished that, we ate a decent pizza and salad at the Canyon King Pizzeria. The next morning we left bright and early, just in front of a storm with Zion National Park as our final major destination. 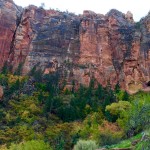 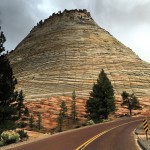 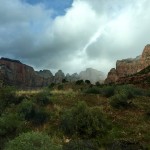 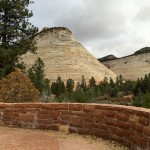 We entered Zion at its east entrance near Kanab by mid-morning on Wednesday, just as it started snowing. As with all the national parks we’ve seen on this trip, we were suddenly transported into the most surprising of landscapes. Zion did not disappoint. The Checkerboard Mesa was our first introduction— the flanks of the mesas looked liked they’d been violently whipped in one direction then the other. Or as if a giant’s hand had reached down from above and pinched the top of each mound, twisting really, really hard.

David drove the van carefully through two dark tunnels, the longest of which was almost a mile of narrow twists and turns. We knew that finding an electrical hookup would be super important judging from the weather report (mid-20s at night, 40-50 degrees in the day). So we tucked into The Watchman Campground to see if there was a spot for us. Whew! The camping gods smiled upon us again. We wrangled two nights in this reservation-only campground just behind the Visitor’s Center where we could walk right into the park. 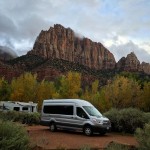 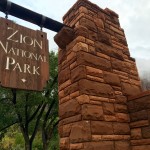 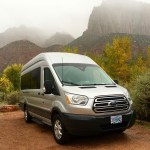 With steady rain slated for the whole day and snow by late afternoon, David plugged in the extension cord, feeding it through the driver’s side door gasket. I dug our ancient portable heater out of the drawer, and fired it up. Then out came the electric kettle and another round of coffee followed soon after. We hunkered under the down blankets, turned on the laptops and spent a few hours processing photos for this blog. This was the first time in a month on the road that we really wanted and needed electricity.

Late in the afternoon we donned a few more layers of clothing and rain gear to check out the dinner offerings at Zion Canyon Brewing which was only a few hundred yards away from the campground. 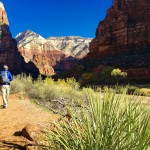 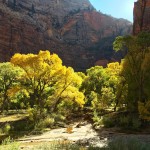 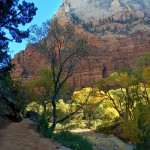 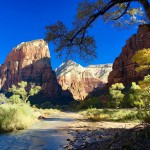 The next <very cold> morning, we boarded the Zion Canyon Shuttle shortly after 9 am intending to ride it to the top of the canyon to scope out the scenery before making any firm plans for the day. David hadn’t been to Zion before, and frankly, I couldn’t remember much about it when I was here with my siblings to celebrate my Dad’s seventieth birthday in October of 2011. So a little reconnoitering was in order. By the second stop, we decided to exit the shuttle bus to escape a gaggle of loud-talkin’ ladies. (Perhaps we’ve become a bit hermit-like on this trip). We snapped a few pictures and boarded the next shuttle, hoping for a more sedate group. We lasted only one more stop before we’d had enough of our fellow human beans and departed at The Grotto which was still in full shade. The sun hadn’t made it up and over the steep canyon walls yet so we walked towards a sunbeam that beckoned on the valley floor on the other side of the Virgin River. Aaahhh. That was better. Then we just started walking, climbing higher and higher up Refrigerator Canyon on the west side. 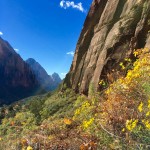 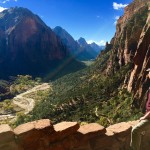 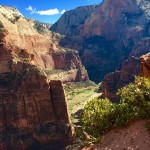 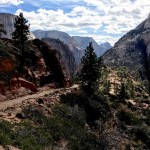 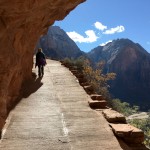 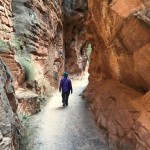 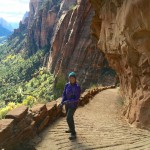 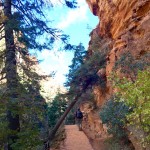 The Walter’s Wiggles section was named after the first superintendent of Zion National Park, who in 1924-1925, helped engineer the switchbacks. We opted to bypass the certain death that awaited the more adventurous and athletic (that’s YOU Lisa Magee) at Angel’s Landing. 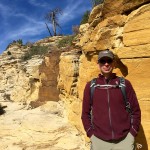 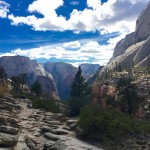 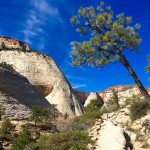 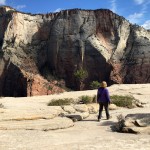 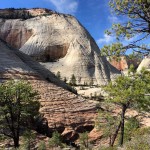 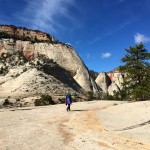 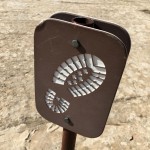 With the temperatures continuing to drop and no more electric sites available at the campground, we decided to push north and head for home. Two days is hardly enough to scratch the surface of Zion so we’ll have to save more adventures for another trip. On the way out, we checked out the Kolob Canyons section of Zion National Park which is about 40 miles north and west of Zion Canyon. Another stunning collection of rock and erosion!