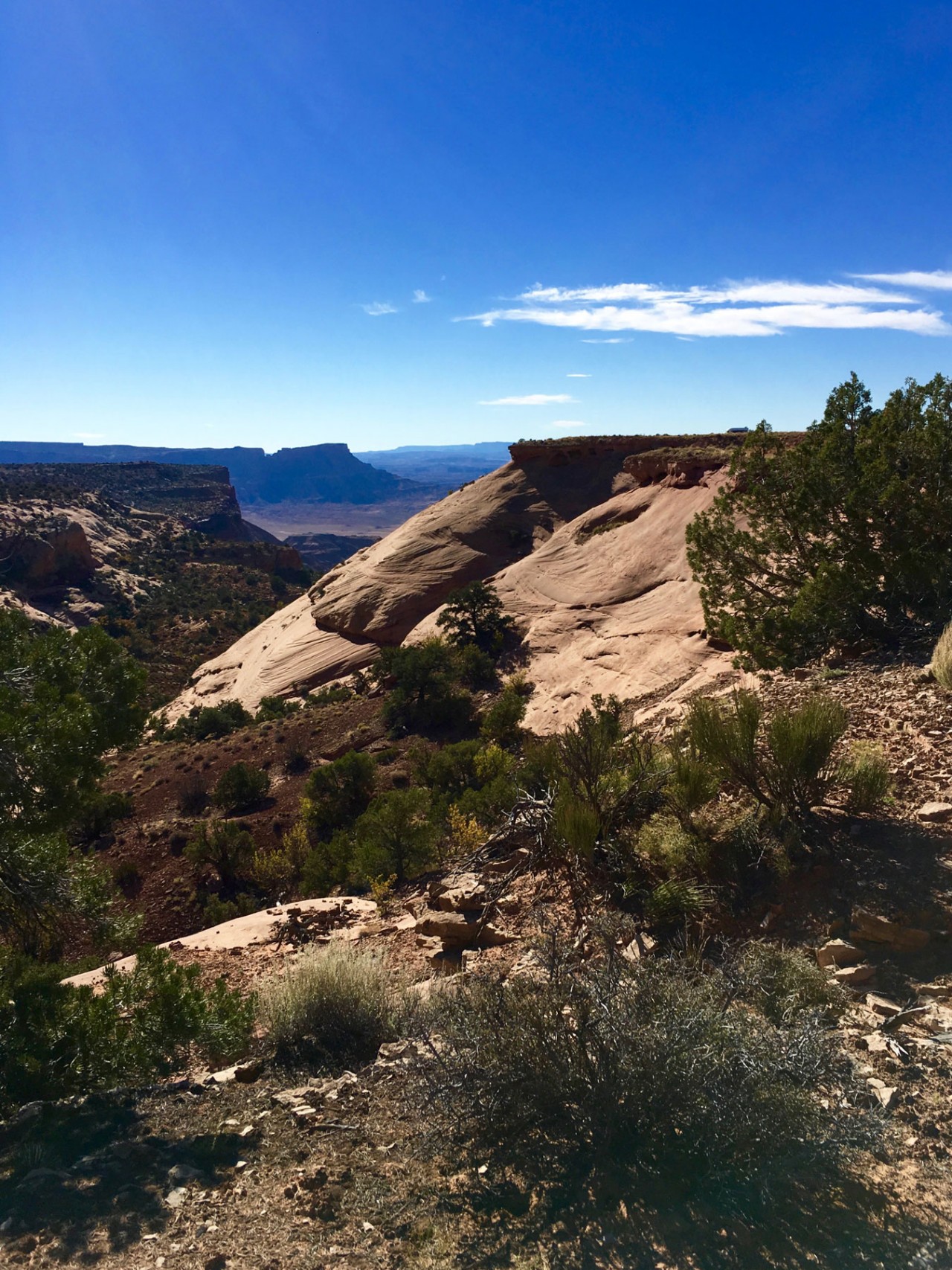 On Sunday, we finally managed to extract ourselves from Moab’s magnetic pull so we could continue to explore southern Utah before returning to Oregon in time to take care of little Margot on November 12. We drove south again on UT191 then turned off into another of the three Canyonland National Park zones.

With the goal of boondocking that night, we drove with an eye for pull-off possibilities, which were numerous. The key was to find something remote, but not too, with a firm roadbed and a stunning view. So many red sand-dirt roads peel off into who-knows-where out in the desert. We only went a half dozen miles on Hwy 133 when Chris spotted a very peculiar housing development that was dug into the back side of a large, curved free-standing bluff. With binoculars in hand, it was clear (at least to her) that it was one of the mythic polygamist communities she’d been reading about (check out The 19th Wife).

Oversized, brightly painted houses were mortised into to the bluff. Dozens of solar arrays harvested the sun. A closer look would have to wait until the next day. 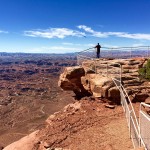 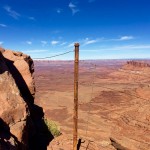 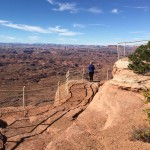 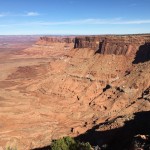 We continued on and checked out Needles Overlook, a 1950s era (or brutalist) National Park pull-out that was clearly designed in the 1940s and hasn’t been touched since. Only one other car was there, which seemed odd for a beautiful sunny Sunday afternoon. The peeling painted cyclone and pipe fences, stubbornly rotting picnic tables and outdated interpretive signs were out of character compared to all the other parks we’ve seen so far on this trip. Nevertheless, the views were worth the drive. We also checked out the two BLM campgrounds (Windwhistle and Hatch Point) so we could share pictures and specifications with other members of Campendium. 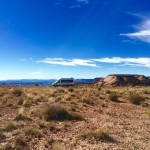 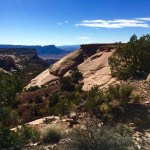 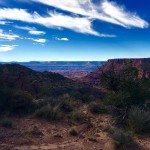 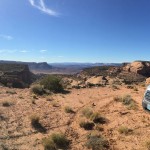 We couldn’t bear to continue the final eight wash-board miles to the end of the road (The Anticline Overlook which is opposite Dead Horse Point Overlook). It was time to find a place to rest for the night and break open a cold beer. We turned west onto a likely dirt road and drove less than a mile towards the canyon rim, found a rock fire circle and stopped the van. Bingo. 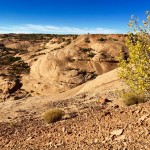 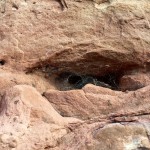 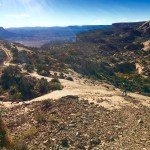 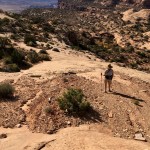 We did a short 4 mile hike out to the furthest point we could reach before sun down (now an hour earlier at 5:15 pm).

Overnight, the wind kicked up so we packed up and drove back out to the gravel road. Chris reminded us that we still needed to check out the compound that was built into the rock. We drove down an unmarked dirt road towards the rock until Chris got nervous, changed her mind and suggested we turn around before crossing the cattle guard and fence line. And before we got shot at. Long story short, David backed up into what looked like another road but turned out to be a wash filled sand the consistency of damp flour. Doh!  The van’s hind end was quickly buried up to the differential, sandy tires a-spinnin’. Sailor-talk ensued. 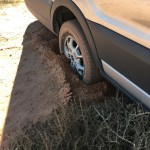 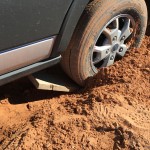 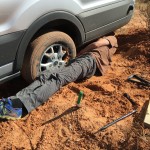 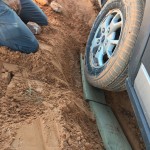 Luckily, we packed along four sturdy 2 x 6s for just such an occasion. The jack was unpacked, the manual read and the folding army shovel retrieved and digging commenced. Chris kept busy watching for gun-toting zealots, gathering rocks and scraps of wood that might come in handy from the nearby fence line. An hour later, fingers tightly crossed, we were on our way. Lessons learned. Curiosity killed the cat. 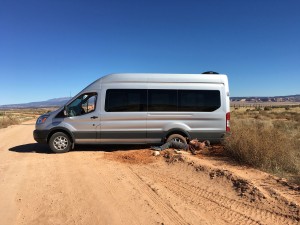 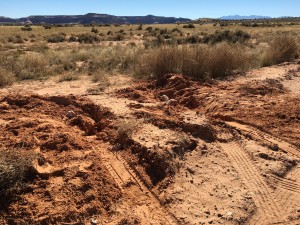 Back out to Highway 191, we turned south again towards the next town, tiny Monticello. There, throngs of people stood on every corner, children excused from school, families sat in chairs lined up along Main Street as if they were expecting a parade. On a Monday at noon?  (All Mormon towns are laid out according to the “Mormon Grid” or Plat of Zion, and all have a Main Street).

But straight ahead, at 12 o’clock sharp, we found ourselves heading into a police escort of mythic proportions. A block-long series of interlinked vehicles, some towing, some pushing, slowly moved a 1.8 million pound generator suspended from a brightly painted red gantry. Turns out Monticello’s Pinto power substation was being outfitted with the generator which had been shipped all the way from China, through the Panama Canal and hauled 3 – 10 mph from Houston, Texas. It will be installed in the new wind generator farm in Monticello. Cool timing! 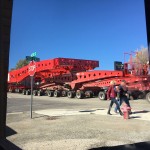 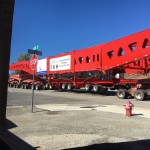 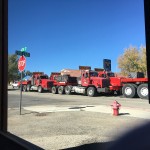 After stopping for lunch to watch it go by again as it turned east on Central Street, we continued on our way to Natural Bridges National Park, a few more hours away. Enough excitement was had for one day.