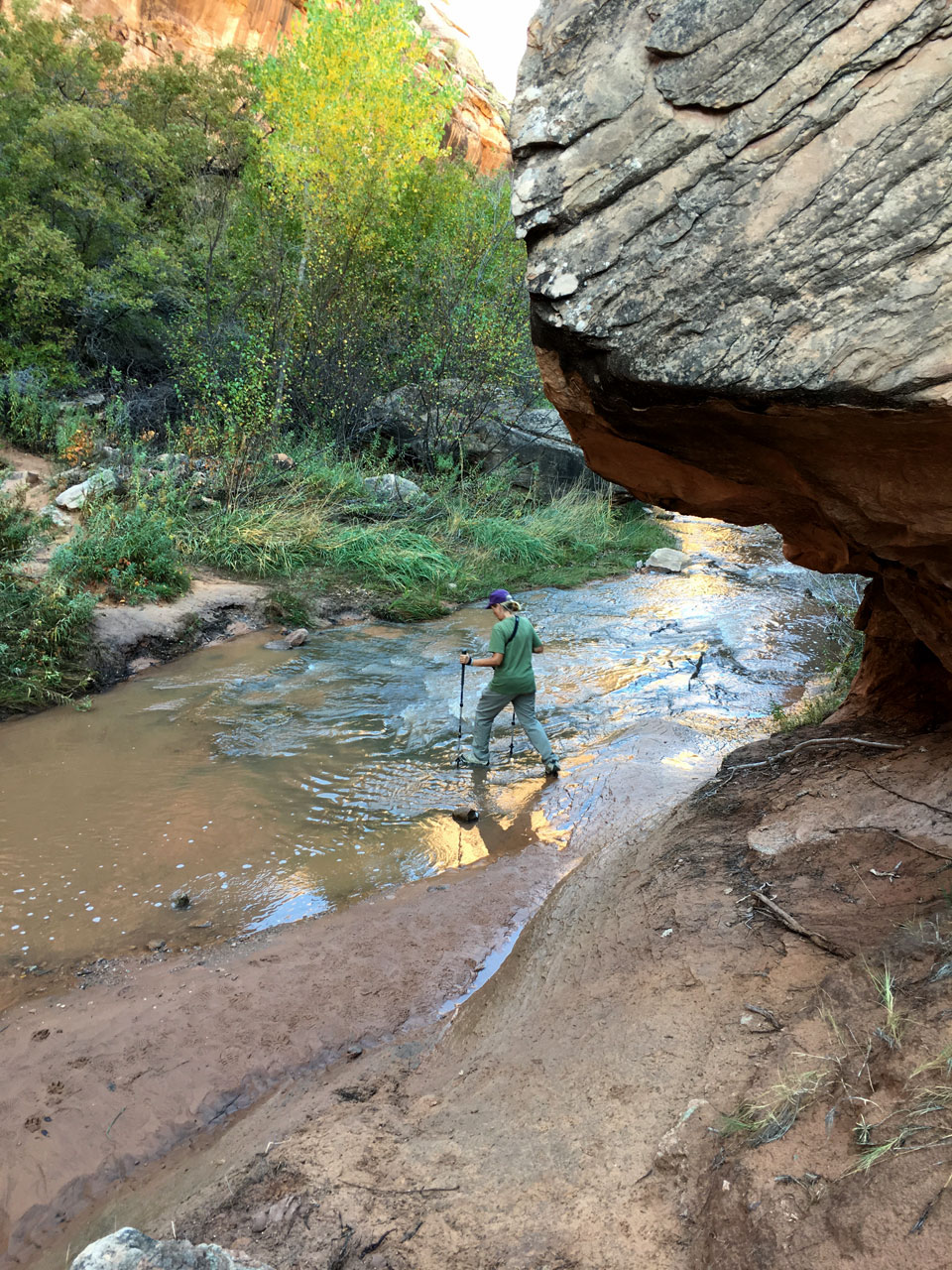 After an all-to-brief exploration of Arches National Park on Thursday (see previous post), we spent our third and likely final night up at Fisher Towers Campground, savoring our amazing spot. A deluge had just come through the canyon prior to our 7:30 pm arrival in the pitch dark. David drove gingerly through the water and sand filled washes to find only one other camper occupied one of the remaining 4 spots.

By 2 am, three other vehicles arrived for the remainder of the night so by first light, all spots were occupied. This appears to be a common practice out here… just can’t figure out why. In the morning, fog rolled in and swirled around the red spires. Very cool. We ate and packed up early, for us, to secure a new spot in the Granstaff Campground which was much closer to Moab and directly across the starting point for our next hike. We paid the $15 fee, set up some chairs to signal our occupation and crossed Utah 128 for the Negro Bill Canyon Trail Head. Bill, whose last name was Granstaff, was the first black settler in the Moab area in 1877. 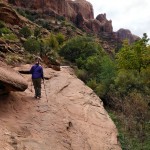 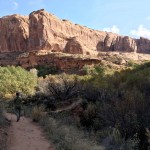 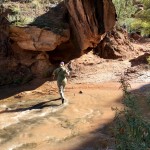 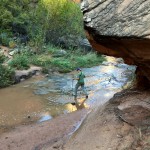 After the recent heavy rains, the morning temperature was a perfect 55 degrees, and it remained pretty constant for the next few hours because of the deep canyon walls. The trail winds through the base of several canyons until it reaches Morning Glory Bridge, a little over 2 miles in. This rock arch is the sixth largest in the US at 243 feet. It was difficult to photograph because of the lack of sun and close quarters. 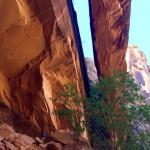 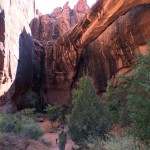 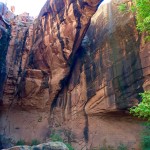 There were 11 water crossings, which normally might have been negotiated with dry shoes, but the rain last night made that impossible. Once again, our trekking poles helped us to stay not too soggy, as they provided much-needed stability when gamboling onto rocks in the chocolate milk-colored water.

There’s lot of greenery to admire in in this canyon— groves of oak, aspen and thick masses of willow. In the lower sections, prickly pear cactus thrived in the sunnier areas. On the dark side, the BLM was kind enough to post several warnings of the poison ivy which grew in abundance at the base of Morning Glory Bridge. We returned to Granstaff Campground which promises to be a lot noisier because its sandwiched in between the Colorado River and Utah 128. When the road traffic dissipates this evening, it should be quite pleasant.