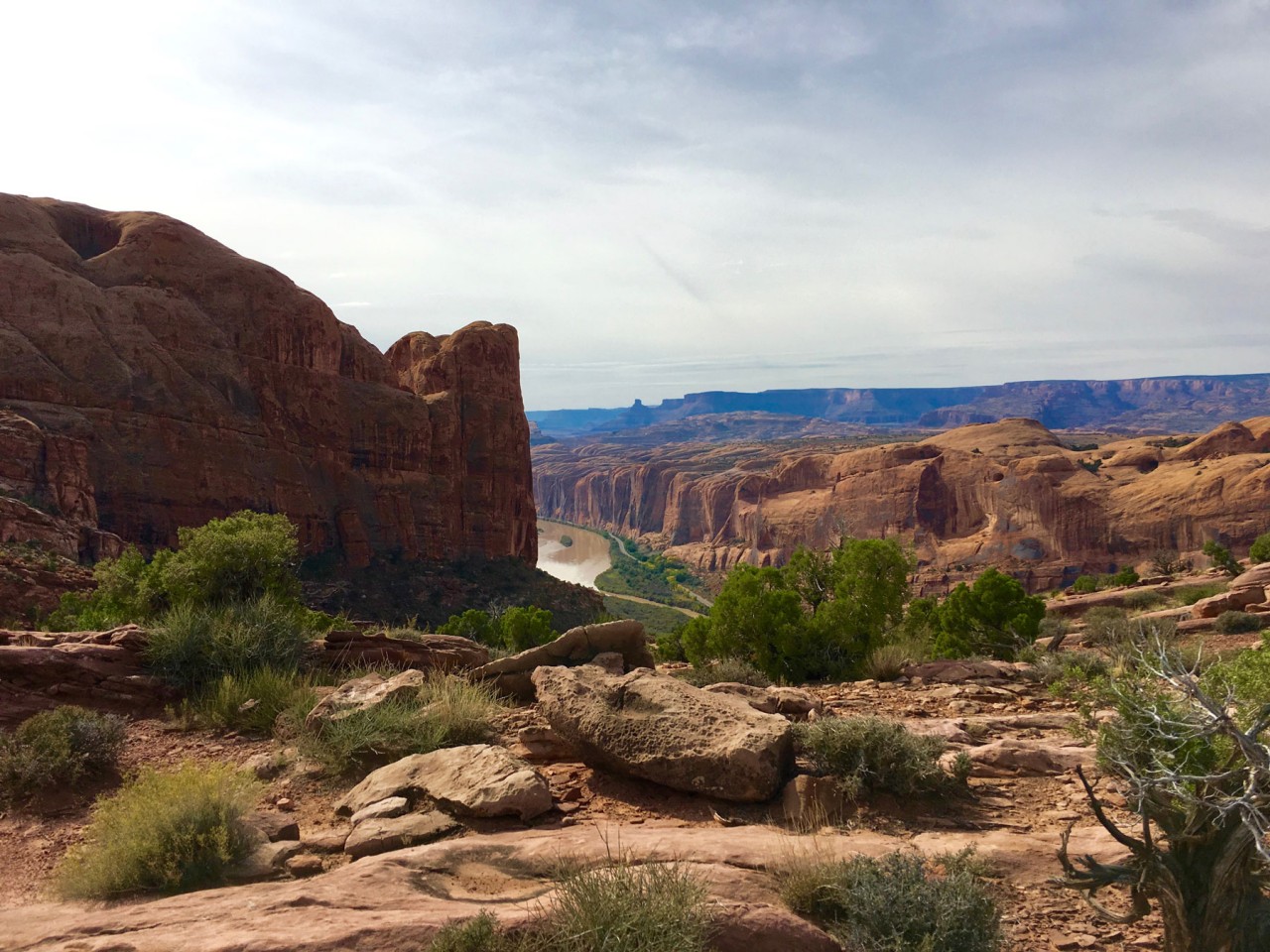 We packed up early Sunday morning intending to check out some other potential camping and hiking destinations on the west and southeast sides of Moab. But first, we stopped for another cuppa Joe and a pastry at the Eclectic Cafe. 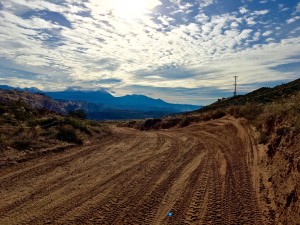 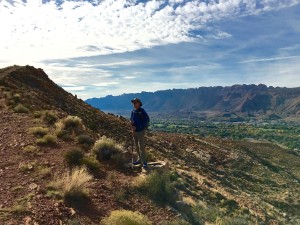 Sufficiently fueled for the morning, we drove up Sand Flats Road which switchbacked up to the high slickrock mesa on Moab’s east side, joining dozens of rigs hauling quivers of mountain bikes or trailers of ORVs. We pulled over into a gravel lot before entering the Sand Flats Recreation Area which is specifically dedicated to mountain biking and ORV activities. As it happened this lot was also the exit point for the Hell’s Revenge 4 x 4 Trail which is a one-way convoluted curly loop of steep sandy track. After spotting another couple on foot walking their dog the wrong way on the trail, we decided to follow. After about 3/4 of a mile, we crested the ridge and enjoyed the view looking down onto the lush Moab valley for a few minutes. 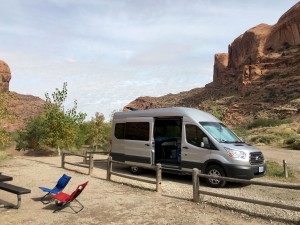 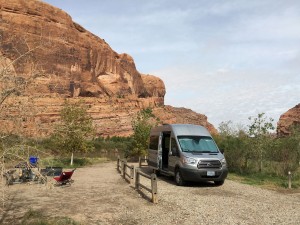 There are nine designated camping areas with over 125 sites in the SFRA but we quickly realized that this area wasn’t really what we had in mind, what with the constant drone of engines and all that testosterone going on. So we returned to the van and headed in the opposite direction, this time to the west side of Moab, driving along Kane Springs Road which follows the south side of the Lower Colorado River. At the three mile mark, we found the destination for both a challenging hike and our next night’s “lodging” at King’s Bottom Campground. Like all the others, this is managed by the US Department of the Interior and the BLM. There are nine more like this campground, scattered for the next ten miles along the river. 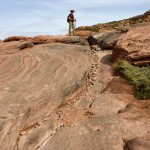 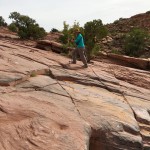 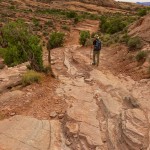 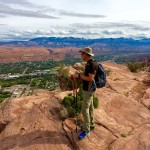 We parked the van and geared up for a very uphill trudge along what is also called the Stairmaster Trail. We opted to walk the 4 x 4 ORV “road” instead of the hiking trail as it was easier to discern and much wider. And crazier. Photographs just do not even begin to capture the tilt, the angle, the incline, whatever you want to call it. For the next mile, we gained 1000 feet of elevation, averaged a 20% incline and gamely pumped our calves up the gnarliest rock ledges, rock gardens and scraped up rock blobs you can’t begin to imagine. 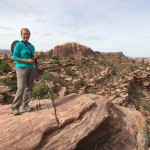 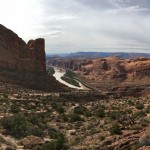 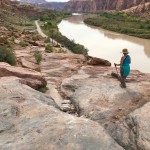 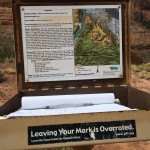 (If you look at the photos carefully, you may notice the layered rock shelves on the opposite side of the canyon, which give you some idea of the angles.)

The sign at the base of the Rim Trail warns users that it is not suitable for “stock vehicles” and that even 10% of modified vehicles can expect catastrophic failure. Along the way we saw plenty of evidence of leaking oil pans, engine fluids, black tire chunks, bolts and crunchy bits littering the rock.

We walked out to the rim overlooking the Moab valley below and admired the wide band of peaks that make up the Manti-La Sal National Forest. All twenty of the 12,000+ foot peaks were generously wrapped in snow. Tomorrow’s rain should increase the snow coverage above the 9,000 foot level.

Grinding engine noises revealed a group of six “rock hoppers’ making its way past us without hesitation, down the trail we had just ascended. We even saw a lone mountain biker throwing himself down the trail with abandon. Read more about how this 4 x 4 trail is described for the ORV crowd here. 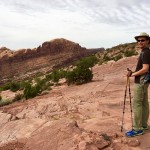 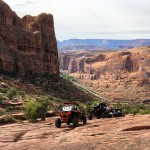 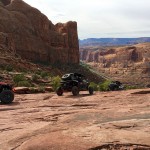 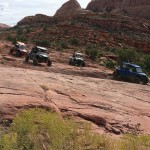 After shaking our heads in disbelief, David muttered again about how that’s another example to add to his growing list of “nope nope nope” activities, we continued on for another half mile and were rewarded with a view of the Behind the Rocks Wilderness Study area. The depth of these red rock plateaus, mesas, saddles, knobs, spires and ridges is difficult to comprehend. They just keep going into infinity.

We returned the same way we ascended, this time looking forward to some Advil and a day of respite tomorrow.

One thought on “Moab Rim”