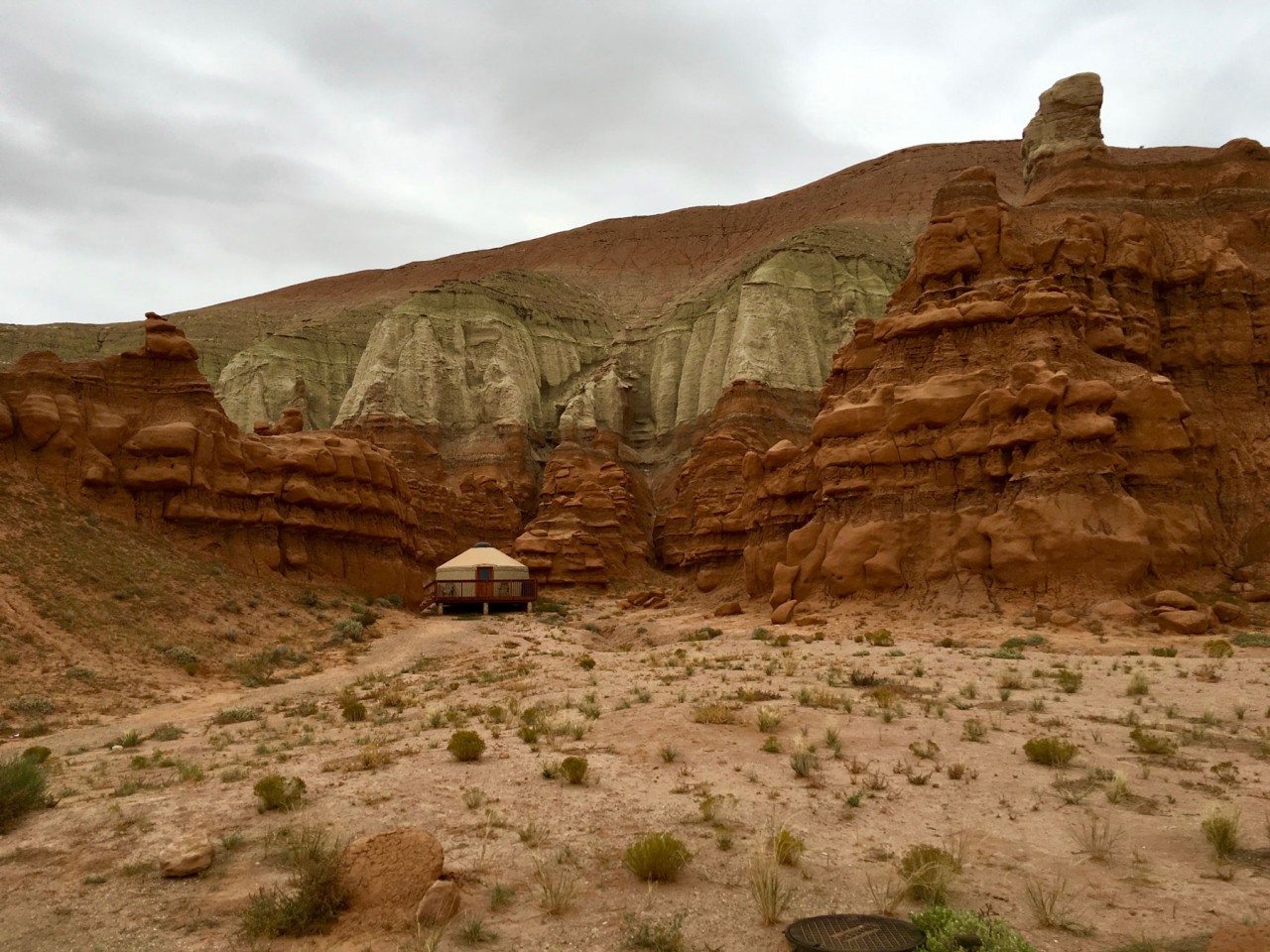 Friday started off well enough. After departing Bryce and stocking up in Tropic, we drove a few hours north and boondocked just off the 9111 ft summit of Boulder Mountain at milepost 110 (elevation 85o0 ft). We were concerned about the weather report and didn’t want to get stuck in the snow if the temperature dropped during the night. We parked on the gravelly roadbed just below the highway. Several other vehicles had the same idea just after dark but turned around when they spotted our van, except for a truck at 6:30 am which continued past and parked 100 yards further down the rocky road.

Luckily temps only dropped to 46 degrees and rain showers were light and infrequent. We packed up quickly and drove 15 miles north along spectacular Highway 12 to Torrey, Utah. This time through, the town was much more appealing because all the tourists were still asleep. The only place open for breakfast was the Capitol Reef Inn and Cafe where we enjoyed a most excellent meal and free WiFi. Rock-hounders would love the Inn’s garden walls and fences made almost entirely of petrified wood, before it was politically incorrect to collect it. 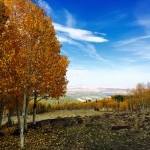 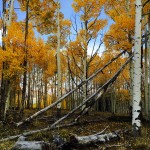 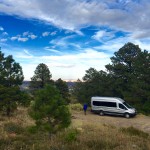 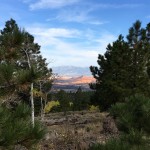 We continued on our way, turning on to another of Utah’s unforgettable Scenic Byways, Highway 24. Today’s destination is Green River, about 130 miles away where it promises to be dryer and warmer than the Bryce Canyon area. We drove once more through Capitol Reef National Park, also more pleasant than a week ago now that the masses have gone somewhere else. We stopped for a look at the abundant petroglyphs on the east end of the park.

The rock formations, colors and landscape are simply indescribable along both scenic Highways 12 and 24. Both of us lived in Arizona for years and did a lot of traveling in the southwest, but nothing matches what we’ve seen over the past 10 days in this small corner of Utah. Bryce blew our minds, but Capitol Reef National Park, then Grand Staircase-Escalante National Monument continued to astound us. After a while, our brains just cannot process any more wonderment.

Then we hit Hanksville, a seriously spooky Mormon town filled with tableaux that are difficult to capture in photos. Chris didn’t want to arouse too much local suspicion so we didn’t capture the JNB Welding Houseboat Haven that was colorfully marooned in a desert pasture. It was clearly town where something had gone awry. Trust us, it was fabulous. 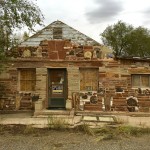 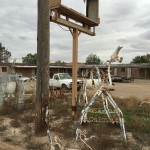 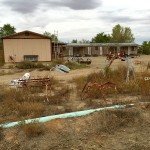 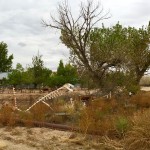 Next up was Goblin Valley which we’d heard about from some fellow travelers. Only 15 miles off of Hwy 24, it was a place we considered staying for the night. Upon arrival, the park ranger said there were only two spots left in the tent camping parking lot. That didn’t sound too neat so we quickly toured the state park, avoiding the hoards of families already enjoying this perfect Halloween destination. On the way out, we drove through the campground, in case we wanted to try again another day. It turned out to be one of the most exotically odd places we’ve ever seen. 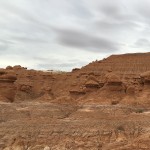 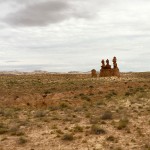 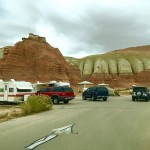 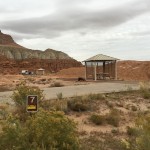 Each camping spot had a small, metal-roofed shelter and accompanying sandbox (for tents?). The park also featured a disc golf course (not making this up), and amphitheater too. A couple of rental yurts completed the picture. 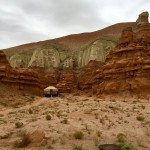 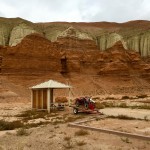 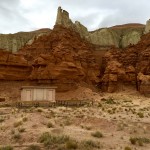 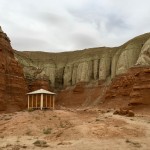 We’re both a little under the weather, so we continued on our way to Green River State Park, (which doesn’t look anything like the photos on the website) for the night. Hot showers await!