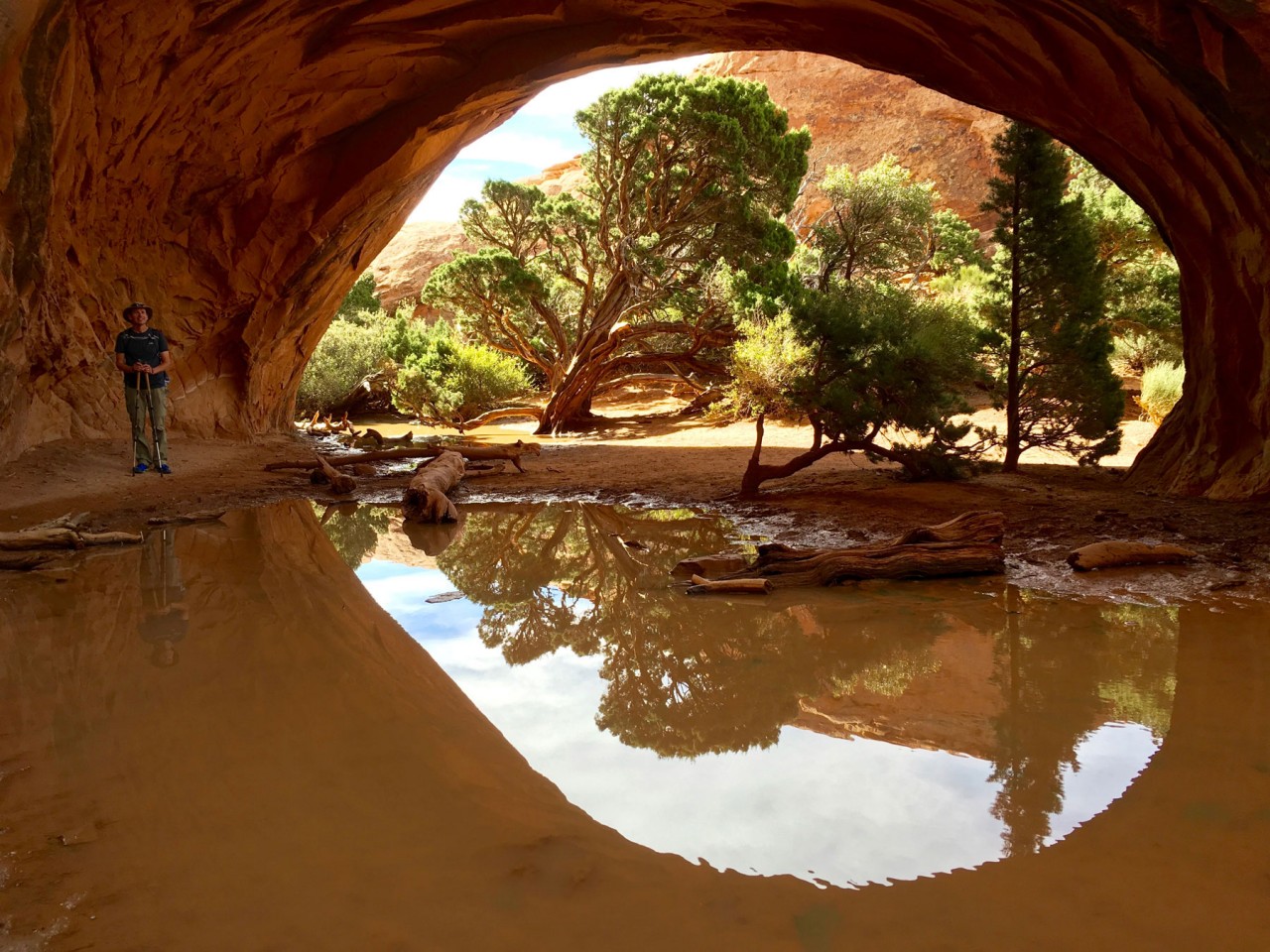 Devil’s Garden Trail is the longest of the maintained trails in the Arches National Park. It leads to seven impressive arches, with several more visible from the trail. We chose a day with perfect hiking weather— 55 degrees at the start, warming up to 65 by the time we were finished.

The initial mile to Landscape Arch is a pleasant, wide and well-groomed gravely path with room for two hikers abreast. We also took two short side trails to Tunnel and Pine Tree Arches. 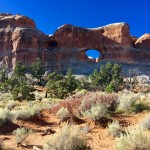 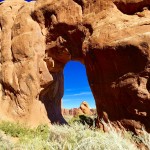 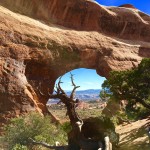 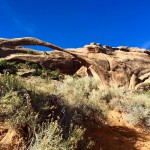 After a stop at Landscape Arch, the trail divides into a loop out to Partition and Navajo Arch. The trail continues further on to Double O Arch and becomes very difficult, winding along the narrow tops of exposed sandstone fins, then up and down steep crevices where steps may or may not have been cut into the rock. “This section is section is not recommended for hikers with a fear of heights” is what was noted on a sign at the restrooms by the parking lot which we noted after completing the hike. 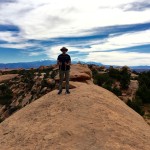 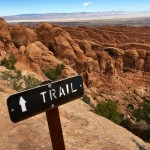 We lengthened our hike a few miles by taking the Primitive Loop trail back. This rugged portion includes frequent scrambling and rocky surface hiking, very difficult to follow in places. It loops around Double O arch and back to Landscape Arch by way of Fin Canyon. 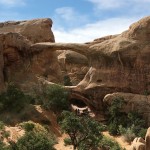 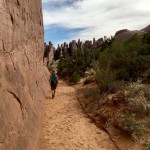 The last section is through deep sand washes and a pool of thigh-deep icey water which one could either wade through or clamber up and over a cliff. Choose your poison. Chris went through pool, David up and over the cliff.

One section had to be accomplished by sliding on one’s bum for about fifteen feet over the ledge of a rounded cliff into oblivion. From the top, it looked much worse than it actually was. 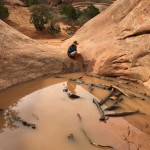 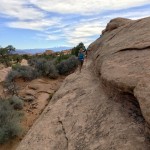 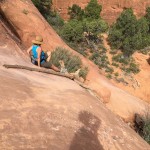 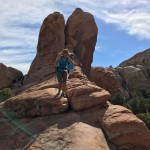 Most of the paths over the slickrock are sprinkled with loose red sand, making them appear to be very hazardous. Your brain says No. Way. In. Hell. but your feet actually magically kind of stick to it if you’ve got the right kind of tread on your footwear. The trick, as David has to coach me every time, is to keep your whole foot in contact with the rock, do NOT put any weight on the trekking poles, lean into the the rock, take small steps, and maybe stop hyperventilating.

The very worst section is one that we were relieved we went in the direction we did, as it was difficult to imagine being successful in the opposite direction.

At the end, we were both pooped but felt a sense of accomplishment. We signed up for a guided Ranger hike on Friday morning into the Fiery Furnace, a permit-only area that has no developed trails and is easy to get lost within. Face your fears. 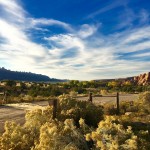 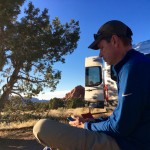 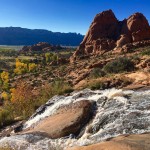 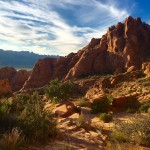 On another note, we relocated on Monday to our current favorite in the BLM campground category, Ken’s Lake Campground, which is 10 miles south of Moab. It’s on the eastern side of the Moab Valley, at the base of a waterfall, and well away from any road noise. Spot #29 is perfect— in the upper loop, close but not too close to the vault toilet, with fantastic views of the snowy Manti-La Sal mountains, the red plateau opposite, cows grazing in the distance, you get the picture!