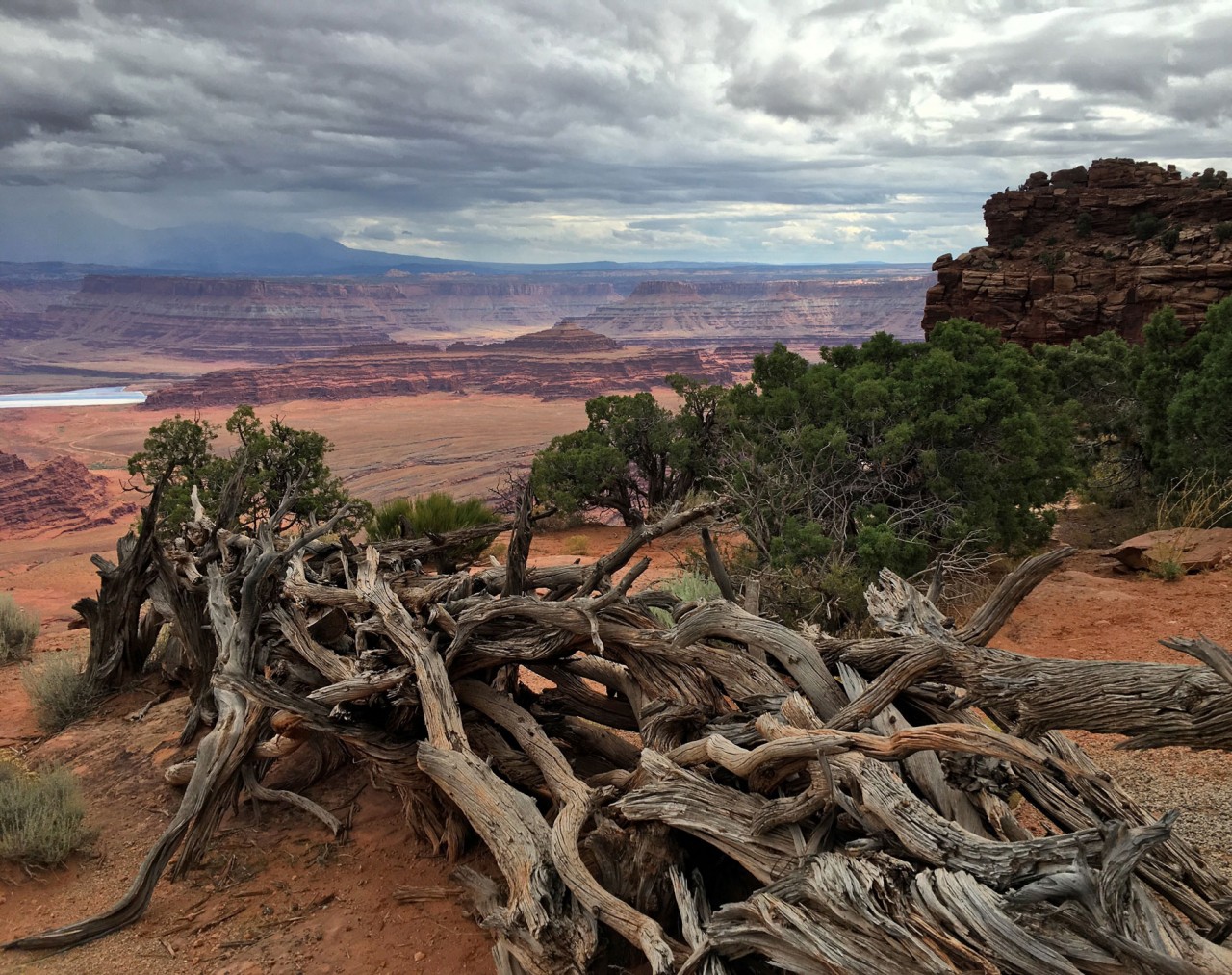 It rained a lot last night while we were camped in the Green River State Park, which introduced some welcome humidity into the air. We departed around 10 for Dead Horse Point State Park about 50 miles away to the southeast. It’s on another glorious road, this time FR313 deep into the top of a dead end mesa that rises 2000 feet above the Colorado River with spectacular views of Canyonlands National Park in all directions. 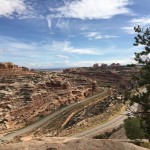 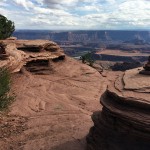 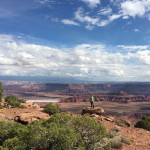 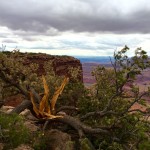 Before the turn of the 19th century, cowboys chased wild mustang herds to the end of the mesa and blocked their escape with a natural corral of brush and wood. The only escape was through a narrow, 30-yard neck of land. According to one legend, cowboys left a band of less desirable horses corralled on the Point where they died of thirst within sight of the Colorado River. Hence the name Dead Horse Point. 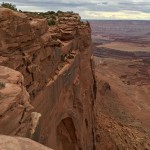 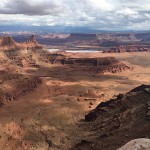 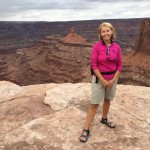 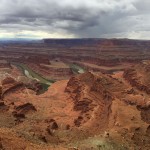 We intended to take a short walk to the edge and snap some photos but wound up so engrossed in the scenery we encountered all along Rim Trail that we walked a 5.5 mile loop of both the East and West Rim Trails. The trail is well-marked by a series of small rock cairns every so often. While the viewpoints by the parking lot are cluttered with people, true to form, we rarely saw other hikers for five of those 5.5 miles. 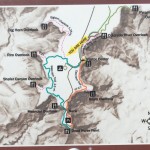 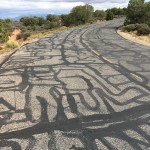 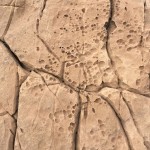 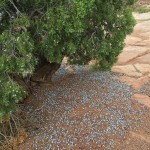 Knowing how long it can take to find suitable location for the night, we started scouting for possibilities around 3 pm.  The first likely spot turned out to be a winner — a small BLM campground just a few miles away called Cowboy Campground. We picked out the best of the 7 sites which has a 360 degree view of the surrounding desert, mesas and plateaus. Ten dollars a night is a great price, especially since it comes with a deluxe open air pit toilet. 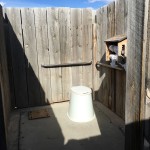 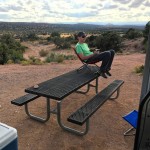 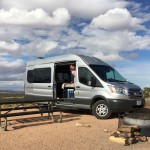 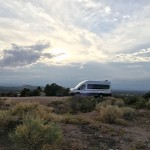 Right now as we’re preparing this post, we’re also watching a crazy lightning storm to the west. David assures me that we’re safe in the van because of the tires. Hope that’s true 😉

Update: We sure don’t miss watching Netflix out here as the near constant lightning flashes and deluge exceed other forms of entertainment. While two other nearby campers bugged out in the middle of the night, we managed to survive unscathed when the sun rose this morning. It’s too windy to cook this morning, so we’re heading into Moab for a second cup of coffee, a hot breakfast, a shower at the Aquatic Center ($4/ea) and a wireless internet connection at the library.