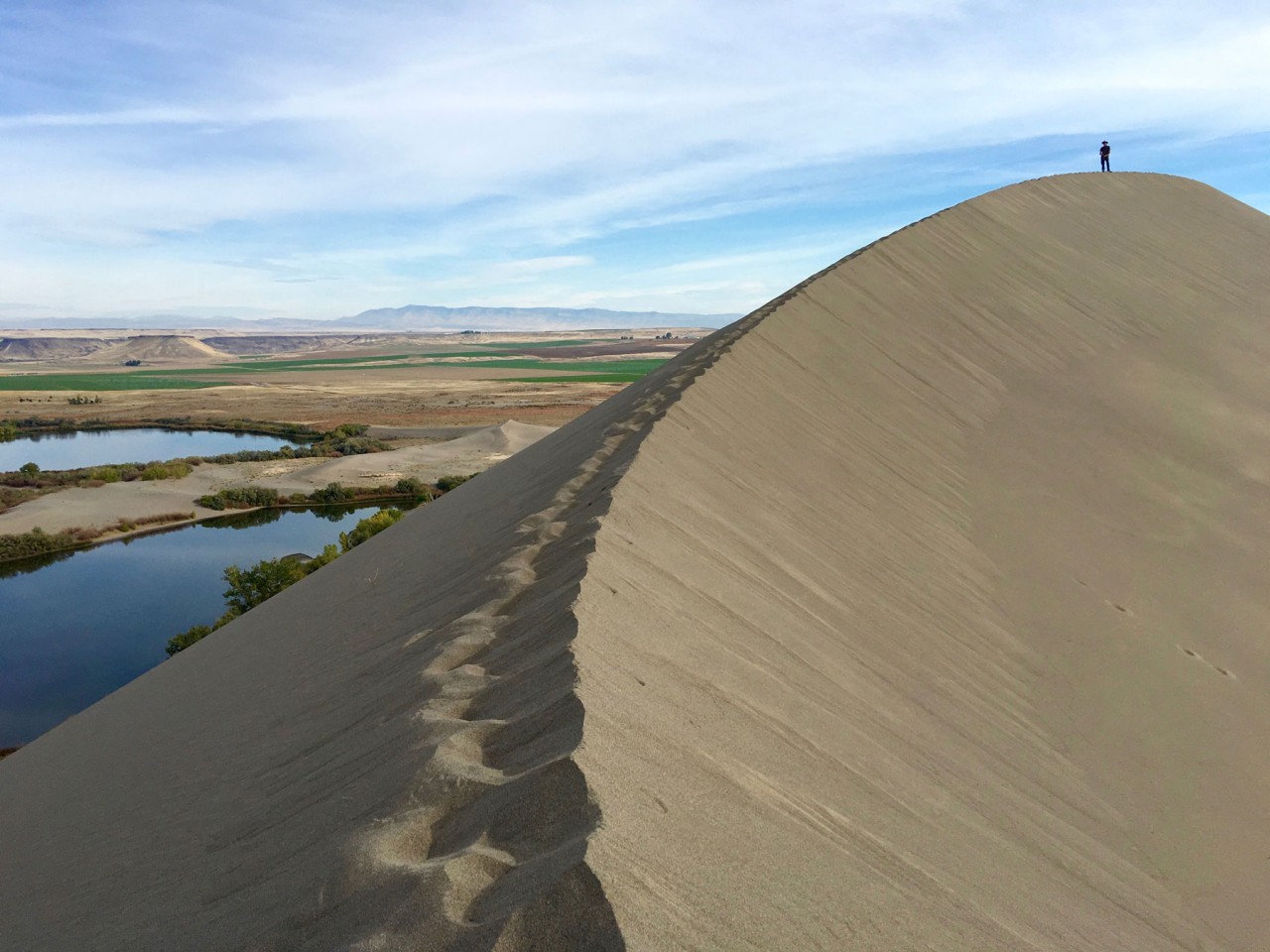 We first learned about Bruneau Dunes from a post on Wheeling It. After a day of walking and cycling around Boise, we decided to camp at the Dunes campground and see the tallest, single complex natural sand dune in North America. It’s only about 65 miles southeast of Boise.

The Wagon Wheel campground was arranged as the name suggests, thoughtfully appointed and included hot showers. There were just a few other campers but lots of flies! 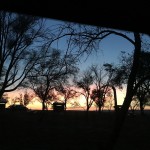 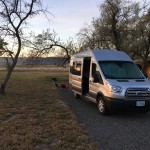 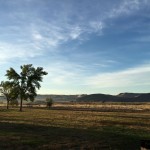 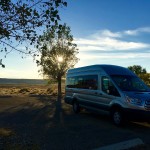 We walked along the south side of the dune lake (an offshoot of the Snake River). There were several other, smaller dunes nearby. The walk out was pleasantly meandering among the trees and grasses lining the lake shore. We saw lots of animal prints (beetles, mice, deer, rabbits and birds). The footing was mostly sand, much like crossing the grassy dunes to get to the Oregon coast. 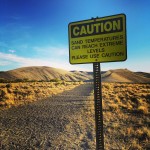 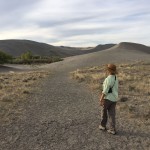 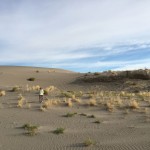 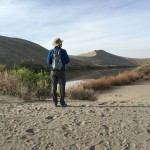 Once we arrived at the base of the large dune, we decided to approach from the south (back) side, rather than climb the crest as it looked a little easier… 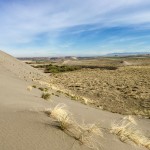 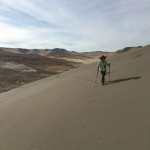 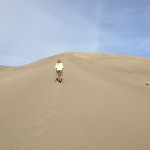 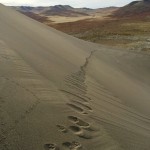 The climb turned out to be much more challenging than we anticipated. Even though we had an early start (9 am) the south side warmed up rapidly. We were thinking more and more about all those warning signs! Fortunately, there was a bit of high cloud cover, which kept the sun somewhat at bay. The most difficult part of the climb was the steep approach just short of the crest which very much reminded us of snow.

Thankfully, we’d decided to bring our hiking poles along (we’d come close to leaving them behind). They were absolutely invaluable for all of the climb and especially the final push to the top!

The crest is VERY narrow and sharply defined, which made walking along the ridge rather exciting. Chris’s dislike of heights (shades of zip lining in Costa Rica and New Hampshire) just about got the best of her. The views were amazing from the top of the 470 feet high dunes. 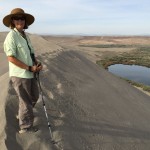 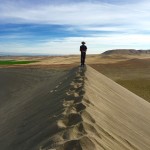 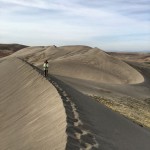 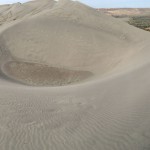 At the vortex between the main dunes, we decided to leave the second (larger) dune for another visit, and descended to the lake side path and finally back to the campground.

Time for a shower back at the campground!