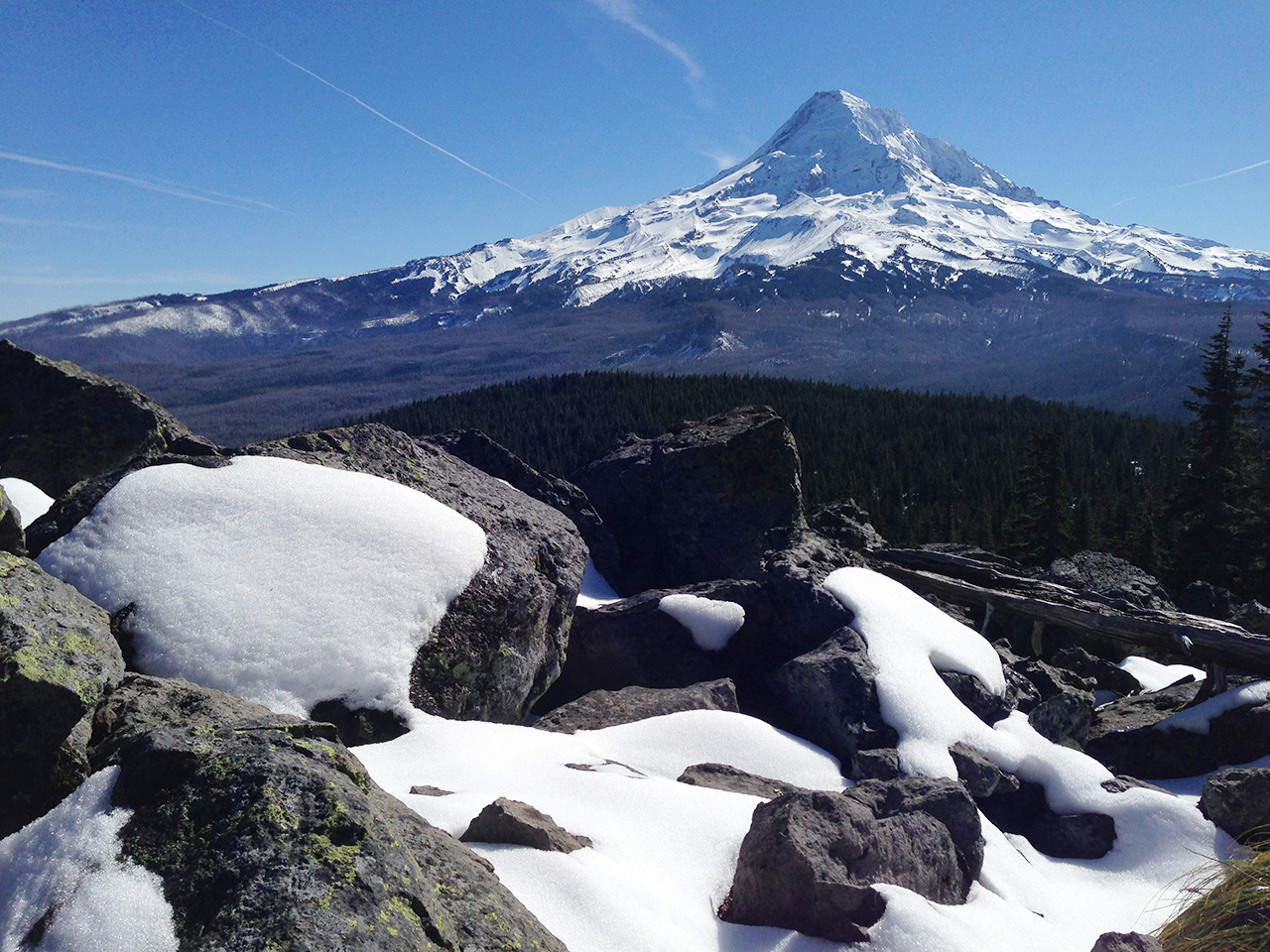 Since both the school year and the rainy season started three weeks ago, our weekly hikes have been on hiatus. September set records for rainfall throughout much of Oregon. When the clouds cleared over Mount Hood in early October, we were surprised to see it completely blanketed in white.

Saturday dawned bright and clear so we decided to head up to the mountain for a lower elevation, moderate hike to Perry Lake. We started at the Vista Ridge trail head which is 30 miles from the turnoff from Highway 26 in Zigzag. 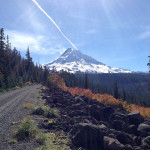 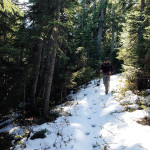 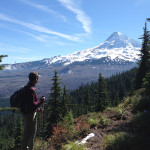 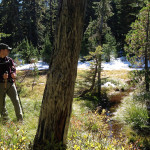 Only a handful of other vehicles were parked at the small trail head. As we hiked up the trail, almost immediately we started seeing patches of snow on the ground. Because the trail was described as lower elevation, neither of us had thought to wear waterproof hiking boots. Cold, wet feet were going to be the norm for this hike.

We lost the trail in a couple of spots due to snow cover and low-growing huckleberry bushes. It was clear that we were the only hikers to take this route since the snowfall earlier in the week. We followed fresh bear tracks through a marshy meadow for a stretch. The trail completely disappeared at this point. The GPS app indicated that it wasn’t far away, but we couldn’t find it. After a little bushwhacking and hollering back and forth and a tricky scramble over a boulder field, we eventually found our way to Owl Point, where we stopped for lunch. Expansive views of the valley,  Mount Hood, Laurence Lake and even the little town of Parkdale could be seen in the distance, but petite Perry Lake remained hidden.

Having found Owl Point mostly by accident, we proceeded to hunt for the main trail again after our lunch break. Once we found it, we continued on to Alki Point, which was a boulder field where Mount St. Helens and Adams could be seen to the north. From there, it was still another mile to Perry Lake. However, with the snow getting deeper and the trail narrower, rockier and steeper, we decided to save that for another day. 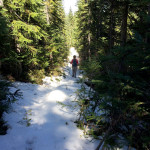 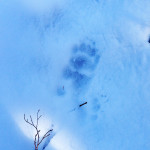 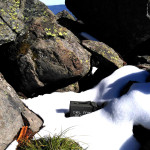 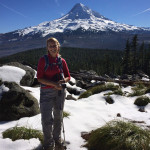 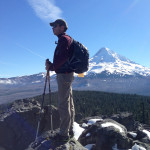 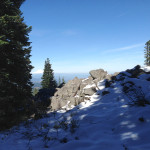 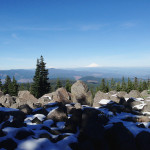 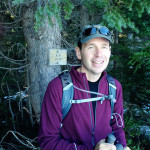 Fortunately, we just followed our tracks in the snow for the return trip and made good time back to the trail head. We’ll definitely be back to try this one again after the snow melts early next summer and before the bug season hits. It would be a great overnight hike to combine this section with a loop to Cairn Basin or McNeal Point.