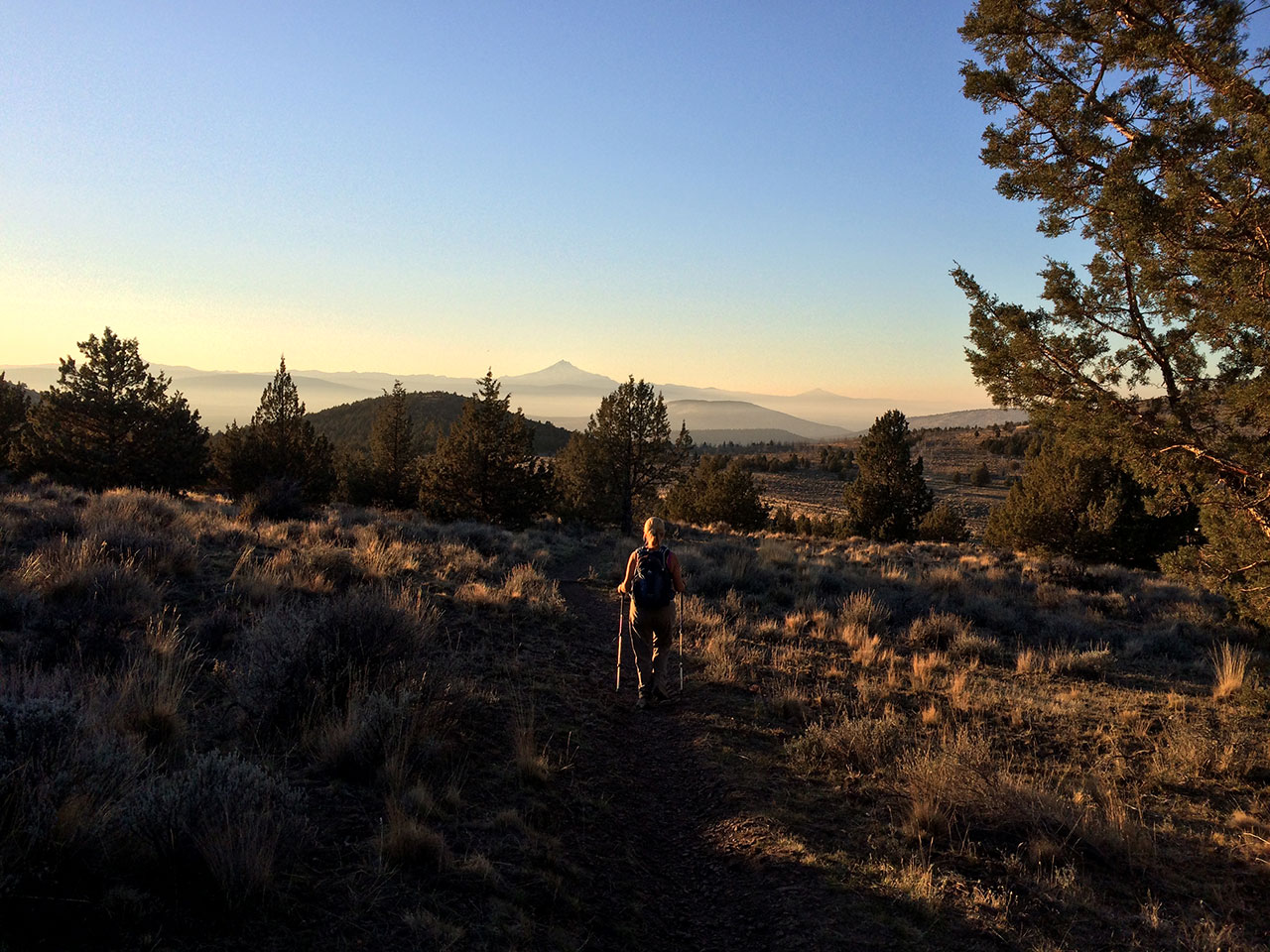 We headed to central Oregon to enjoy the gorgeous fall weather, intending to hike around Smith Rock State Park and then drive south to Tumalo State Park to camp overnight.

Unfortunately, Smith Rock was packed full of people (an archeology event and lots of other like-minded hikers/climbers). To avoid the crowds, we thought we’d hike up Burma Road which slices through an adjacent butte for a different view of the park, so we looked for another, less popular trail head at which to park. We located Gray Butte on a map and found that it is the high point in the Smith Rock area. It’s topped with some rather extensive radio and microwave towers and a nine-mile-long trail of the same name starts on the northeast side of the butte. At about the five mile mark, it connects with Burma Road and eventually, Smith Rock.

After a little Google-ing, we drove about five miles northeast of Smith Rock SP, turned onto Lone Pine Road, continuing for another five miles to the turnoff for Skull Valley campground and Gray Butte trail head. After 3.5 miles on a rough gravel and dirt road, we found ourselves at the Gray Butte trail head, situated across from an apple orchard ringed by tall orange and yellow poplars. This fenced-off high desert oasis turned out to be part of the old McCoin homestead, protected from herds of grazing cattle on what is now BLM land. 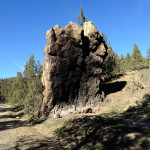 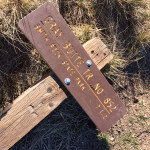 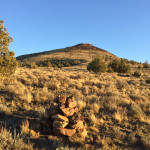 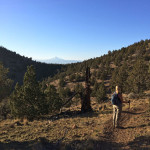 We got onto the trail at 3 and decided to do a couple of hours out and then turn around and be back to the Subaru before dark. Only one other car was in the parking area, and we passed that group of three hikers and a dog in the first hour. Hikers share the trail with both horses and bikes. A lone, colorfully clad mountain biker was the only other person we saw for the next three hours. What a stark contrast with the hoards at Smith Rock! 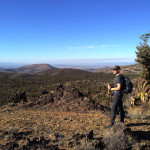 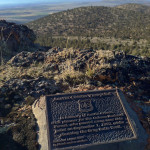 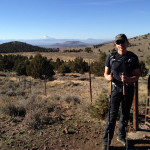 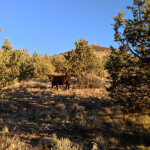 The trail is relatively level and winds around the butte, past the Austin Creson Viewpoint, a memorial to the trail planner for the Ochoco National Forest who passed away in 1992 while scoping out the Gray Butte Trail. There’s a dramatic lava rock formation which frames a lovely view of the valley and mountains in the distance. The path is rocky scree and sprinkled liberally with cow patties and horse apples.

We made it to a forest service road on the far side of the butte. From there we could just see the top of Smith Rock in the valley below to the southwest. On the way back, we passed through a large herd of cows, grazing along the trail and up the hillside. The sun set quickly, temperatures dropped, and by the last mile we were in full shadow.

We spotted a potential camp spot on the rise beyond the homestead to the north and decided to stay overnight, rather than drive south to the Tumalo State Park as we’d planned. It’s hard to imagine how it could have been better. We pitched the tent on a flat spot along the curved edge of a lava cliff. The evening was surprisingly warm and we watched the full orange hunter’s moon rise and ate some bread and graham crackers before settling in for the night. 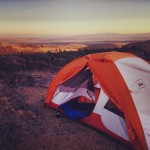 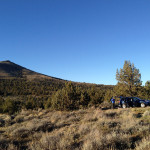 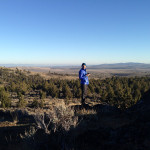 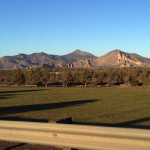 The temperature dropped into the high twenties, but we were comfortable in the tent with the fly open. This was the first chance we’ve gotten to use the silk mummy bag liners we purchased after the Middle Fork rafting trip. They were a big success, mitigating the sticky-ness of the sleeping bag fabric. They can add as much as 10 degrees to the comfort range of a bag (ours are rated at 25 degrees).

The moon illuminated the softball-diamond-sized rock outcropping throughout the night. A few marauding off-roaders could be heard in the distance attempting to drive up the steep north side of Gray Butte, but nobody bothered us in our secluded spot. High buttes to the east blocked the rising sun from our tent. We weren’t packed and on the road until after 9:00 a.m. when we headed towards Bend to find the Tumalo Falls trail.