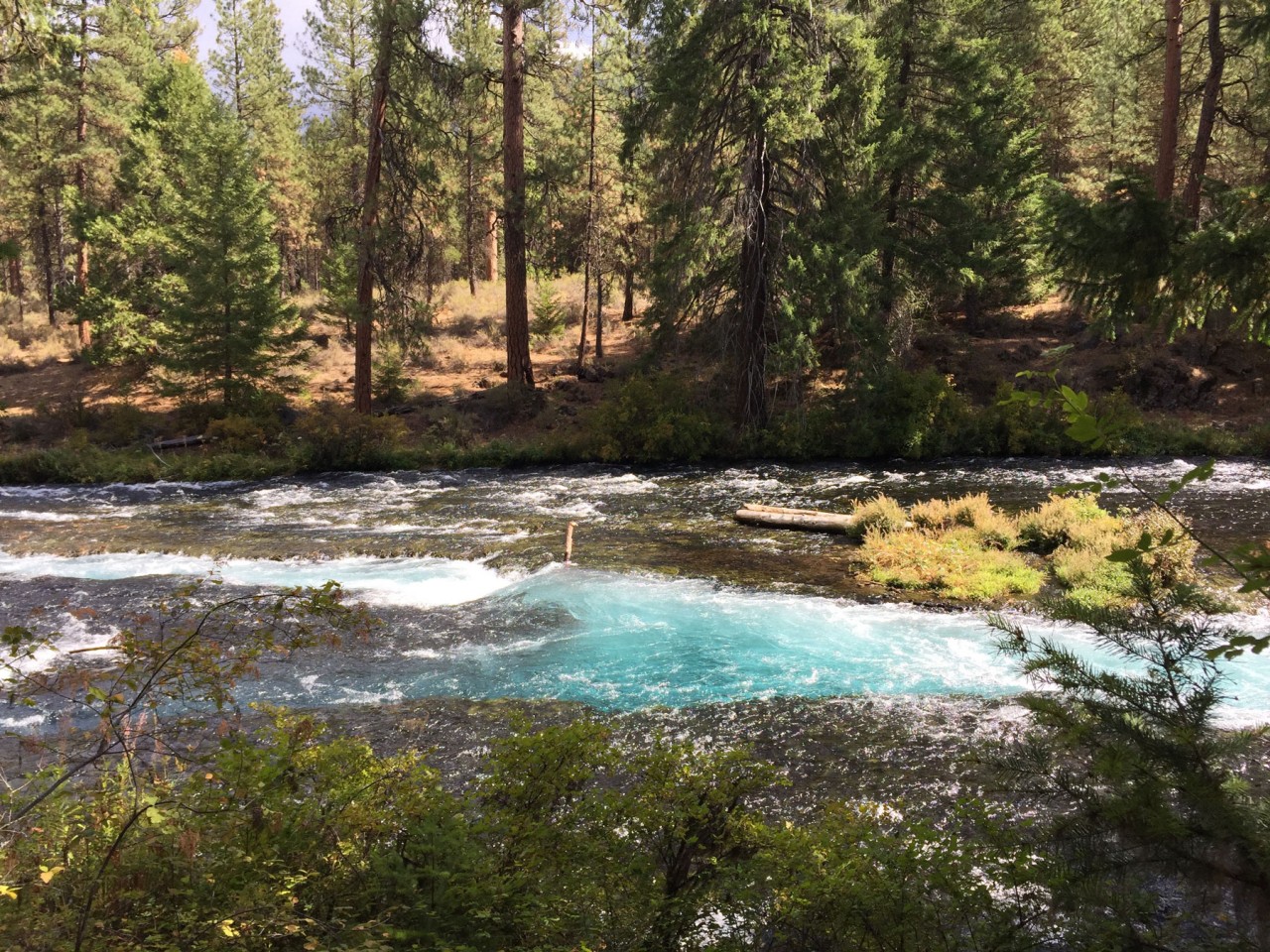 After yesterday’s challenging trek through the lava flow at McKenzie Pass, we thought a low-elevation stroll along the West Metolius River to the Wizard Falls Fish Hatchery and back was in order. We headed north along the river’s west bank to the Wizard Falls Fish Hatchery from the trailhead at the Canyon Creek Campground. After about a quarter mile, spring water gushed from the rock on the opposite bank: 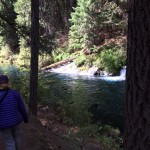 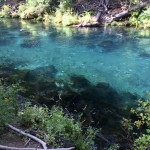 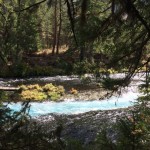 We’ve never seen such clear and pristine water. That blue! 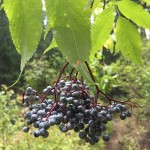 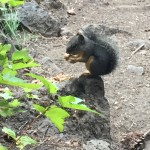 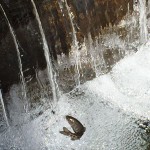 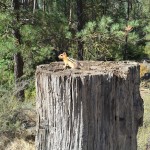 A light rain began half way back to the van but the forest did a great job of keeping us mostly dry. Lightning and thunder began in earnest just as we reached the van. With plenty of daylight left we checked out the headwaters to the Metolius River which was just a few miles away. While the “spectacular viewpoint” described in the Best Hikes Near Bend guidebook was at the end of a very short paved path from the parking lot, the lightning and thunder put a damper on our appreciation of it. 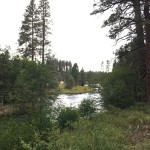 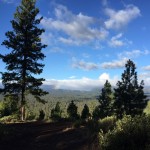 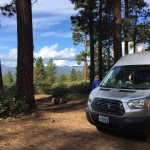 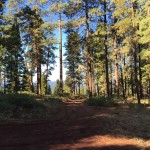 We returned to the same camp site as the previous night, and were relieved that no one else had claimed it. It rained at our elevation and the next morning we could see the snow covering both Mt. Jefferson and Mt. Washington. Our Saturday hiking destination, Black Butte, was still heavily shrouded in clouds by the time we departed for it at 9 am. 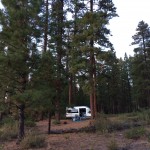 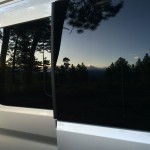 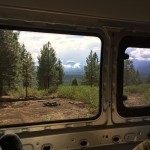 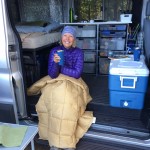