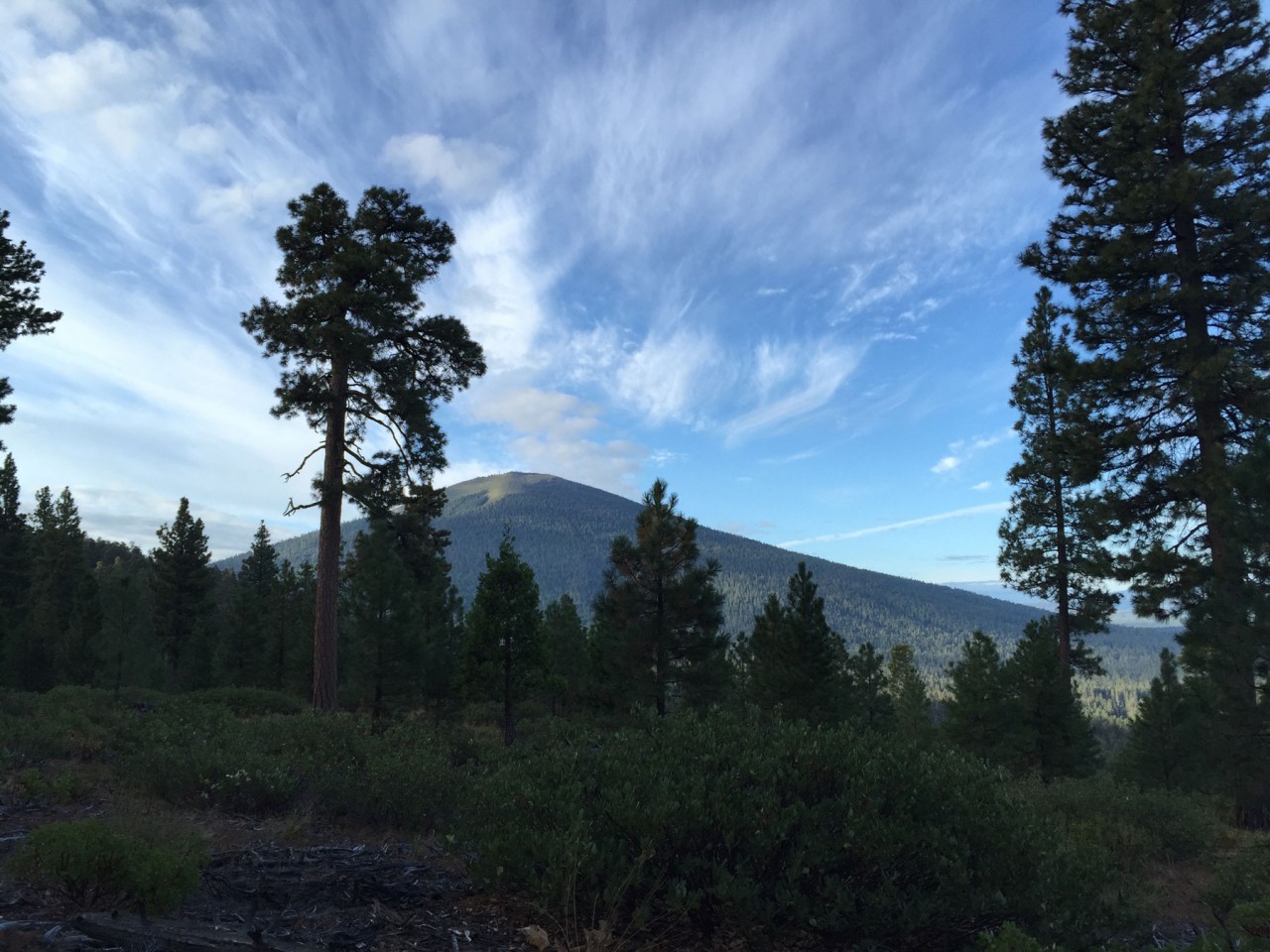 We packed up relatively early (for us) on Saturday morning with our goal of the summit of Black Butte clearly laid out before us, but still cloud-covered after the night’s rain. That’s it on the left of the panorama below.

There were only two other cars parked at the trailhead which was just a few miles from where we camped off of NFS 1120. The trail started off steeper than most, and kept that angle the whole way. After a mile, the ponderosa and Douglas fir forest gave way to a few quaking aspen. Here the cloudy vista opened up briefly to reveal the ridge where we camped the last two nights (first photo, below left). 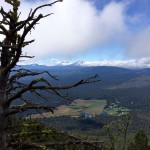 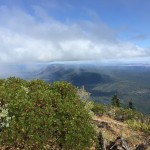 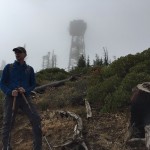 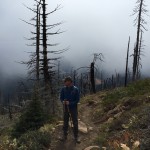 The mist was so thick that we didn’t realize that tall thing looming above us was the fire tower. A little further along, the original old cupola still manages to stay upright, even though the wires protruding at each corner and peak reveal a pretty tough go of it. A lower viewed from the back side highlights the cupola’s precarious perch. The last picture, below right is where the lookout folks are quartered. 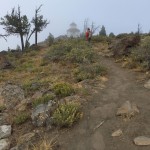 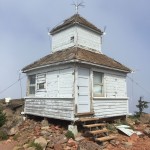 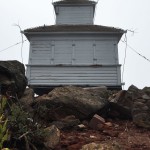 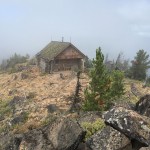 Returning to the van was a shock. Dozens and dozens of cars filled the two lots and were piled up along the narrow road edge. We’re glad to have gotten an early start!