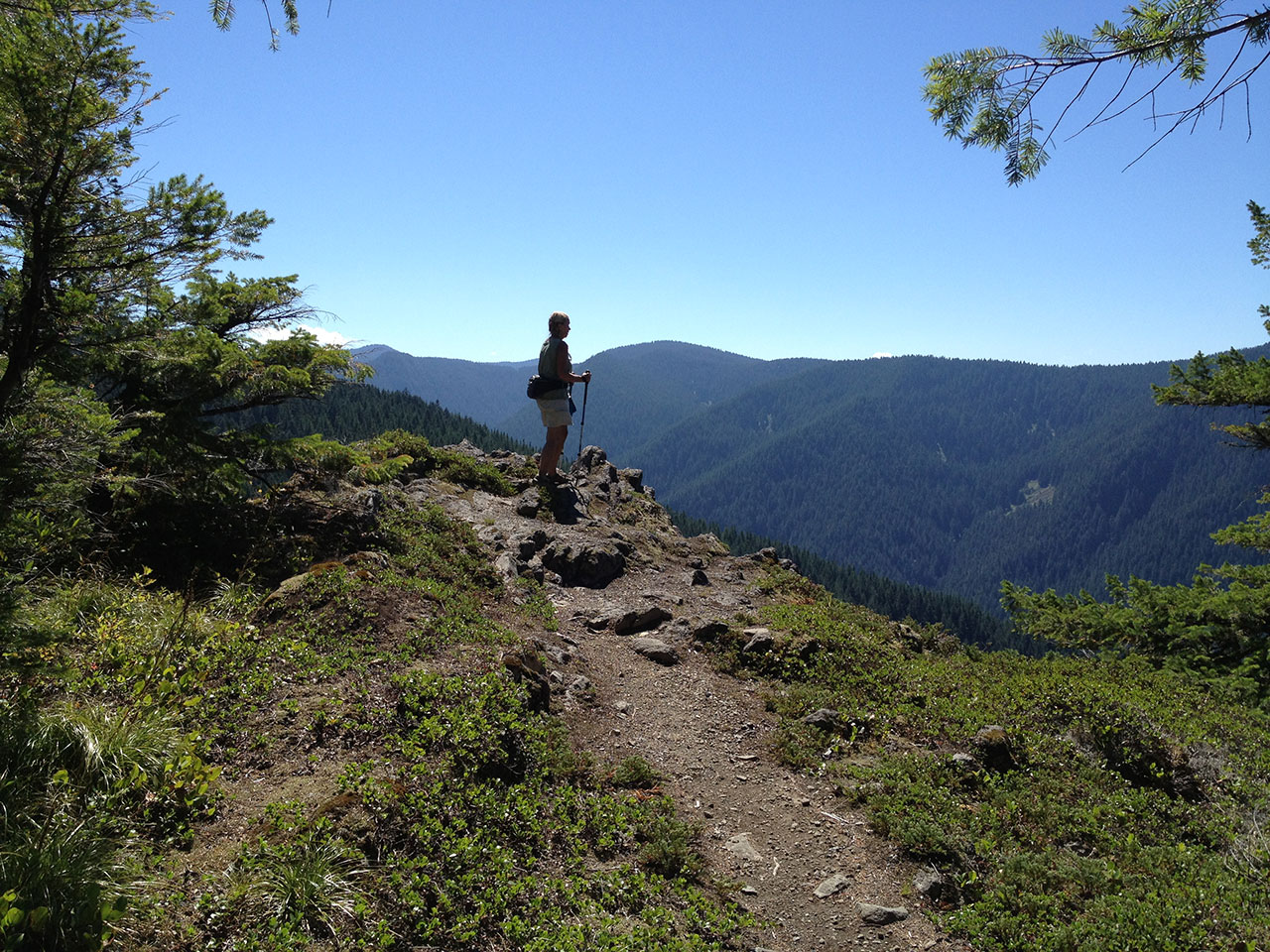 We’d hiked McIntyre Ridge trail three summers ago with our sweet little whippet, Willow, and have wanted to give it another try ever since. When we tried to reach the trail head in March we were stymied by too much snow so we hiked the Clackamas River Trail instead.

We’d read about trouble with people shooting at the trail head, so we were a bit anxious as we drove out Wildcat Mountain Road to Forest Service Road 3626. As we approached the the trail head, we met a large tow truck carrying out the burnt-out shell of a pickup. Not long after that a sheriff’s deputy flagged us down and suggested that we use the safer Douglas #718, trail head instead. Which we gladly did. All along the road, signs were riddled with bullet holes, many completely unreadable. At the end, there was a large figure 8 sort of parking lot with boulders spray-painted with “NO SHOOTING” and “TRAIL HEAD”, but no clearly labeled trail. Eventually, we decided that the recently decommissioned (meaning bulldozed) road must be the way. Google agreed. After a half mile of scrambling over downed trees, through piles of road debris and around trash piles, we arrived at a large rock quarry littered with shell casings and broken glass. We eventually found the unsigned trail along the quarry’s the north side.

Once we got going, we found the trail itself to be very well-maintained and pleasant underfoot. Every trail marker and signpost was chopped down, removed or defaced so we were glad to have a printed map and GPS along. We only encountered one other couple on the hike. 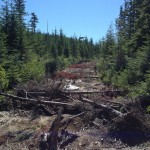 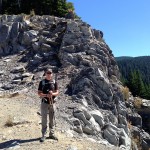 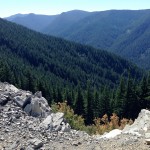 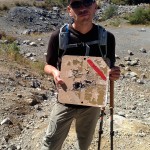 Along the way, we saw many different kinds of colorful mushrooms. Wish we could identify them! 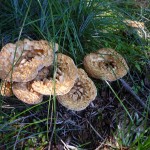 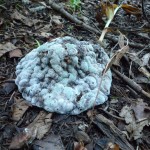 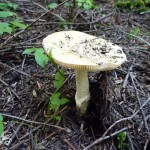 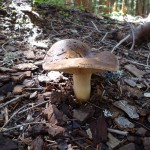 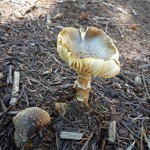 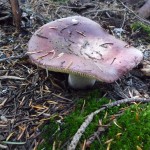 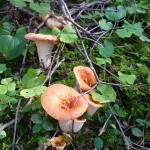 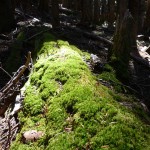 Wildcat Mountain used to have a lookout back in the 1930s, but is now a small rocky clearing surrounded by trees, bear grass and spindly rhododendrons. At 4480′ elevation, it offers a lovely view of both Mount Adams and Hood.

A bit further down the Douglas Trail is a great viewpoint east to Mount Hood. 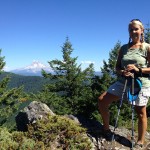 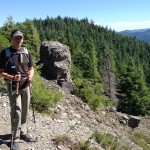 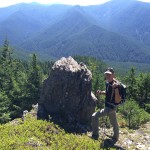 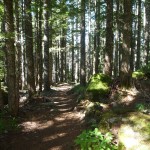 Along the return trip back to the car, sounds of gun shots and heavy artillery (was that a mortar round or canon?) sounded closer and closer. Needless to say, were very relieved to find the Subaru right where we left it, without a scratch. Or a bullet hole.

The photo below is in memory of our beloved Willow. She hiked up the McIntyre Ridge trail towards Wildcat Mountain with us in July 2010. One thought on “Wildcat Mountain”