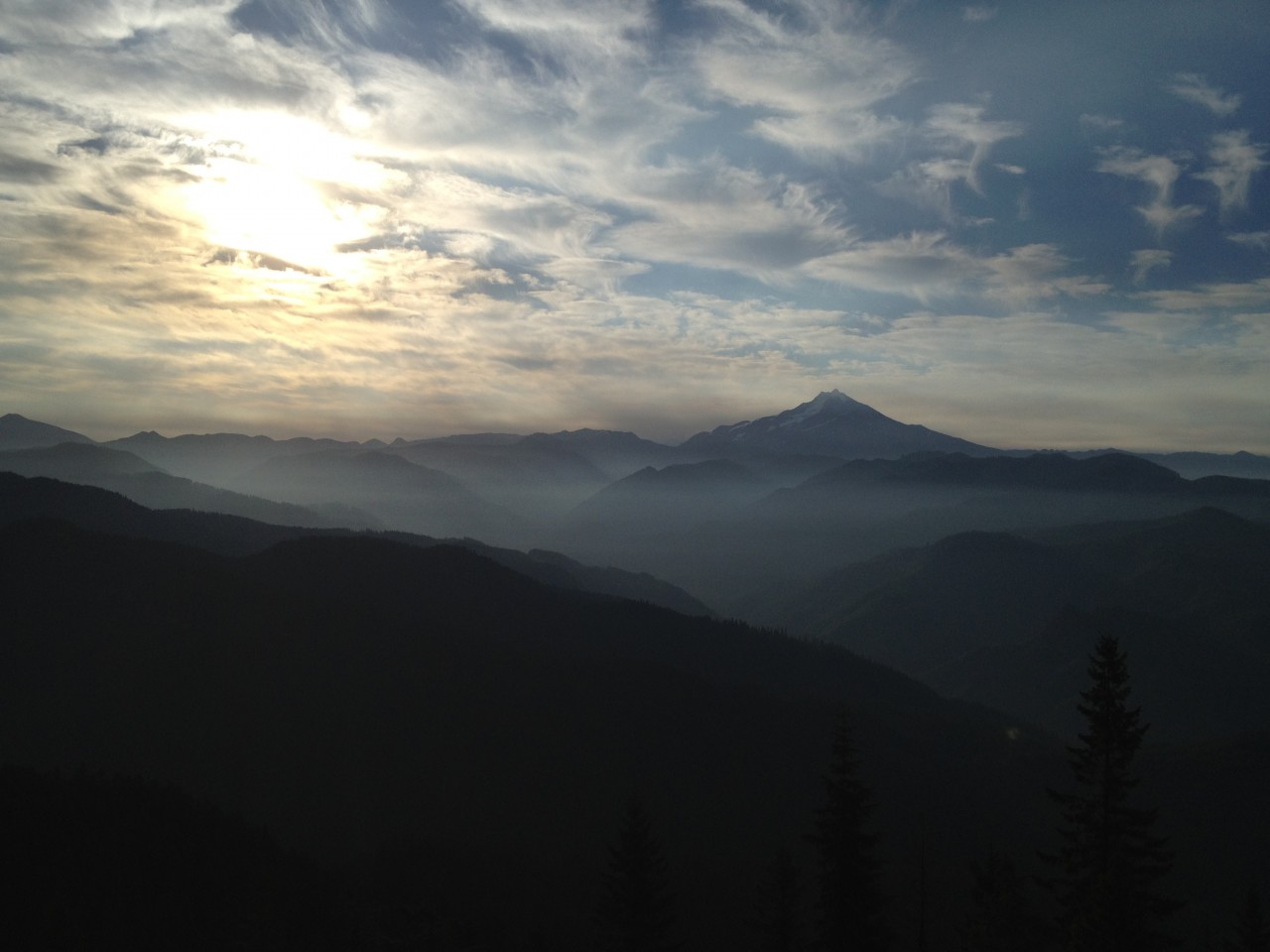 Our second trip to an Oregon fire lookout, took us to Gold Butte at 4618 feet elevation in the Willamette National Forest near Detroit, Oregon. To get there, we drove several hours, taking the beautiful “back way” through Estacada and Breitenbush.

The lookout is a steep hike about 3/4 of a mile from where you park. Once there, it turned out, like the Timber Butte Lookout, to be very well-equipped with a wood stove, kitchen gear and furniture.

It’s an especially picturesque setting and features a precariously perched outhouse on the edge of the rocks. We were entertained by a curious and hungry golden mantled ground squirrel. 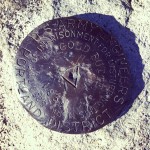 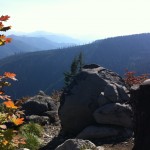 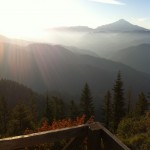 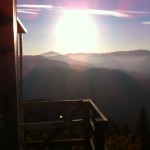 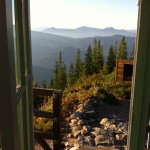 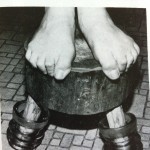 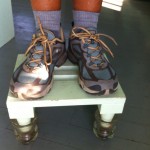 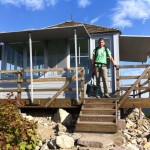 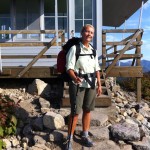 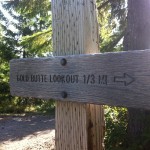 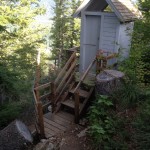 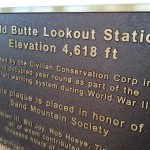 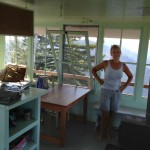 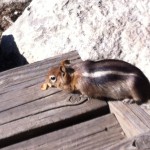 On the second day, we took what turned out to be an epic adventure to “that little point over yonder”. The shorts and sandals I wore weren’t up for the bush-whacking, trail blazing and rock scrambling involved so my feet and legs were pretty beat up by the end. Another lesson learned. 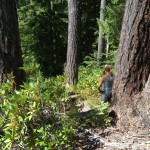 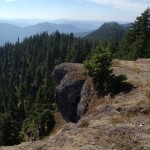 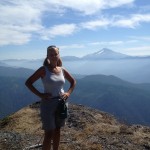 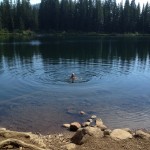 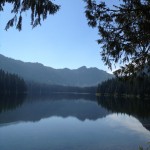 We eventually dropped down into the valley and then out to nearby Dunlap and Elk lakes for a swim. By the time we got back up to the lookout, we’d covered over 9 miles.