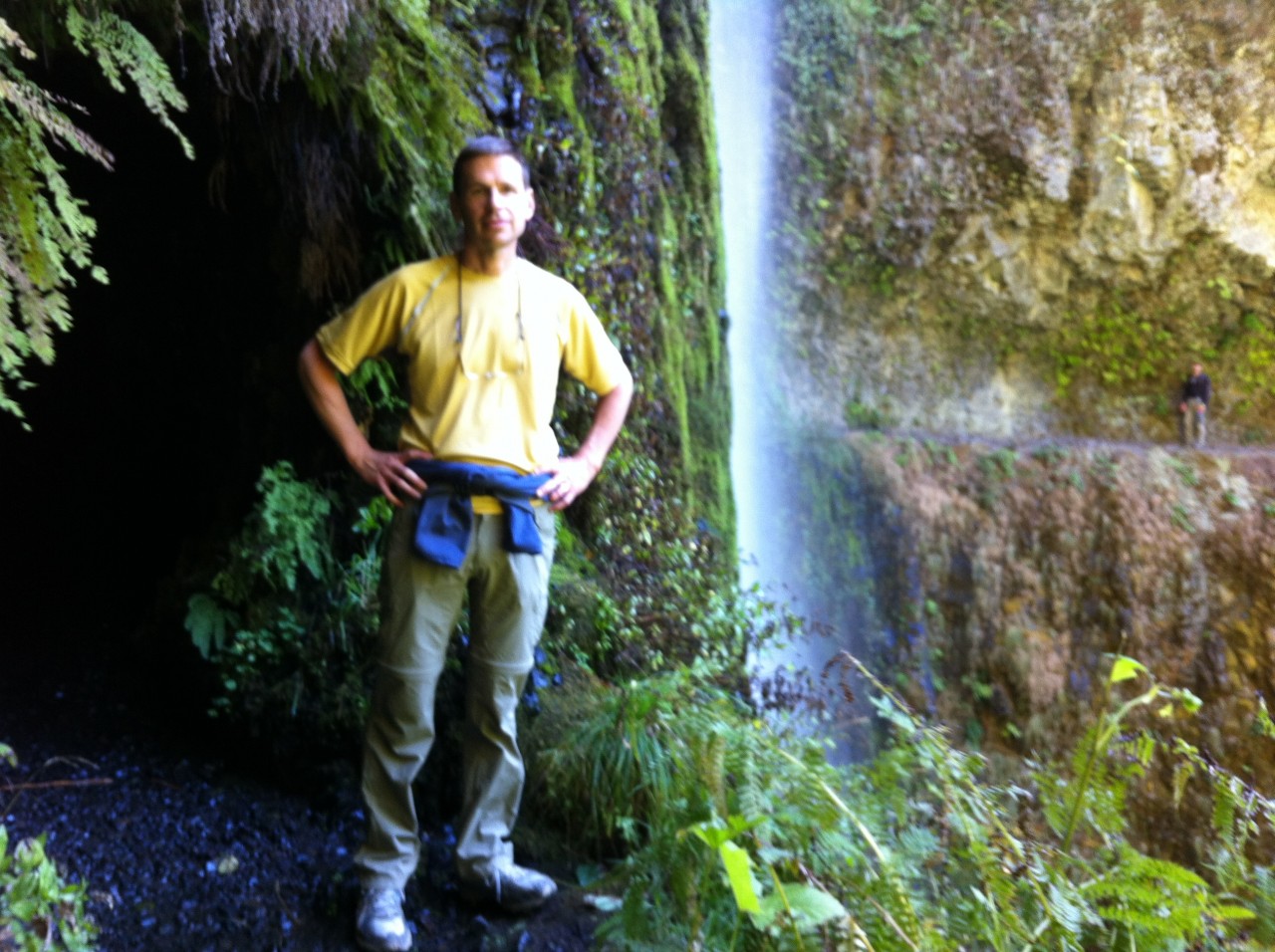 This Columbia River Gorge hike is extremely popular, so it’s best to get an early start to beat the weekend crowds or choose a weekday. Either way, it’s a worthwhile, relatively easy hike with tremendous scenic payoffs throughout the journey. Many PCT through-hikers take this route north from Mount Hood to reach Cascade Locks and the Bridge of the Gods before heading into Washington.

I had pulled something out of whack in my back the previous day, so a hike seemed like a good idea to work through the discomfort. That worked in my favor for the first 6 miles up to Tunnel Falls. The trail was developed at a constant but comfortable incline. While narrow in spots, the only tricky parts were when passing other hikers. One couple we passed just about when overboard because they were holding hands. Sweet idea but dangerous in action.

At Tunnel Falls, trail builders from the 1920s used dynamite to blast a tunnel behind the falls. Hikers can cool off in the mist surrounding the tunnel before beginning the return trip or continuing on another 7 miles south to Wahtum Lake.  That’s when my back started acting up again which affected my right leg. I limped, skipped and dragged my leg all the way back down, trying anything I could think of to ease the pain. We averaged about a mile and a half per hour on the way down, and trudged to the car just as the sun set.

This experience prompted us to carry a first aid kit, flashlight, extra food and take the trekking poles in the future. 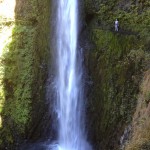 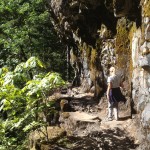 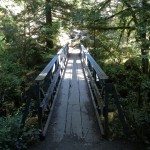 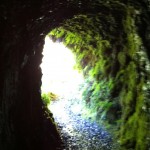 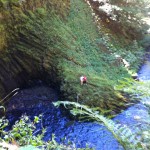 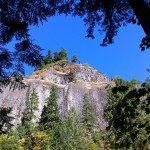 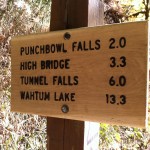 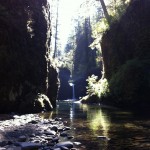 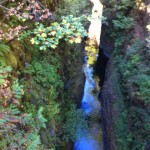