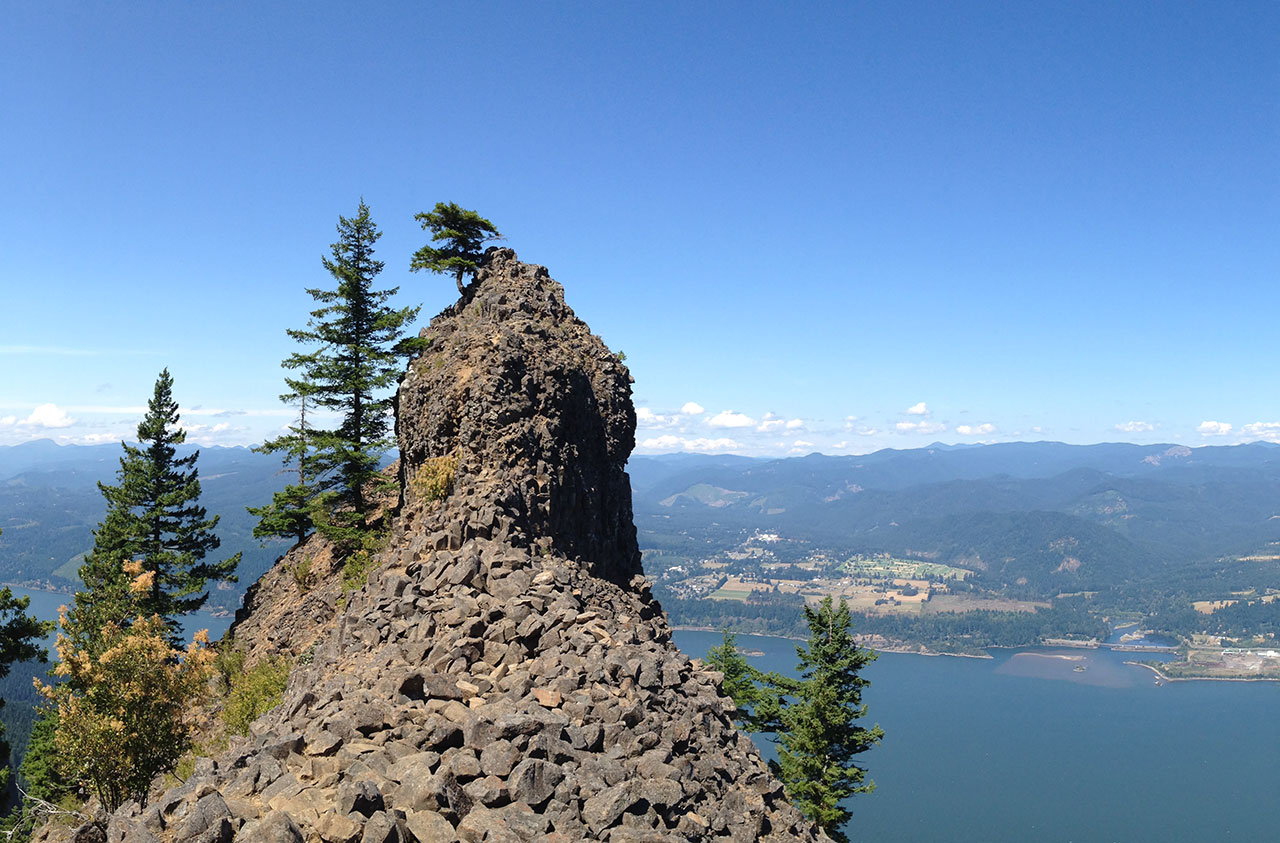 We thought we’d switch it up from our recent Mt. Hood hikes so we focused on the Columbia River Gorge, settling on the Herman Creek Trail to Indian Point. The trailhead is a few miles east of Cascade Locks and, being relatively early on a Monday, parking was readily available.

The trail immediately starts climbing and after a series of switchbacks, we crossed under the power lines and into the trees, which we didn’t leave until reaching our destination. While views of the gorge were hard to come by except as slivers between the trees, it was cool and shady. The track is beautifully maintained and even wide enough for us to walk side by side in some stretches. While we encountered many spider webs suspended across the trail, the entire hike was virtually bug-free. At a 1.3 miles, we turned on to the Gorton Creek Trail. 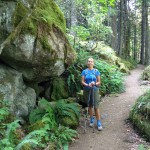 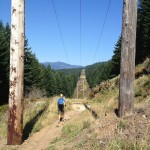 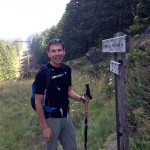 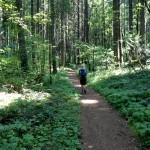 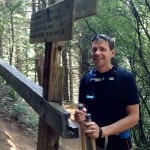 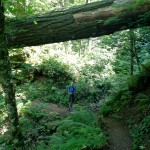 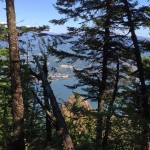 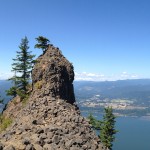 After climbing 2700 feet, we finally got a stunning view of the gorge with Indian Point in the foreground. We decided to stop for lunch. David scrambled down a sketchy trail along the steep hill above the basalt cliffs to see if it was the trail out to the point. It wasn’t, but it did afford a nice view of the point and gorge with Mt. Adams in the distance.

After lunch, we continued down the trail a bit and found the “unofficial” trail out to the Indian Point. It was steep and difficult, so David made a solo trip down to check it out. The point is a spectacular spine of crumbly basalt with sheer cliffs on either side. Fortunately, the gorge winds were calm and the rocks dry, so he was able to get pretty far out. After that, we decided that the other trail options going down wouldn’t offer any better views. The guides all agree the other trails were MUCH steeper, so we just headed back the way we came. The return trip was faster, but much harder on the knees and feet. We were glad to finally reach the parking lot again.

We stopped for an early dinner in Cascade Locks at the Cascade Locks Ale House. Food was average, the service excellent and best of all, the beer was cold. We got vicarious pleasure after spotting a several pairs of PCT through-hikers on their way north.