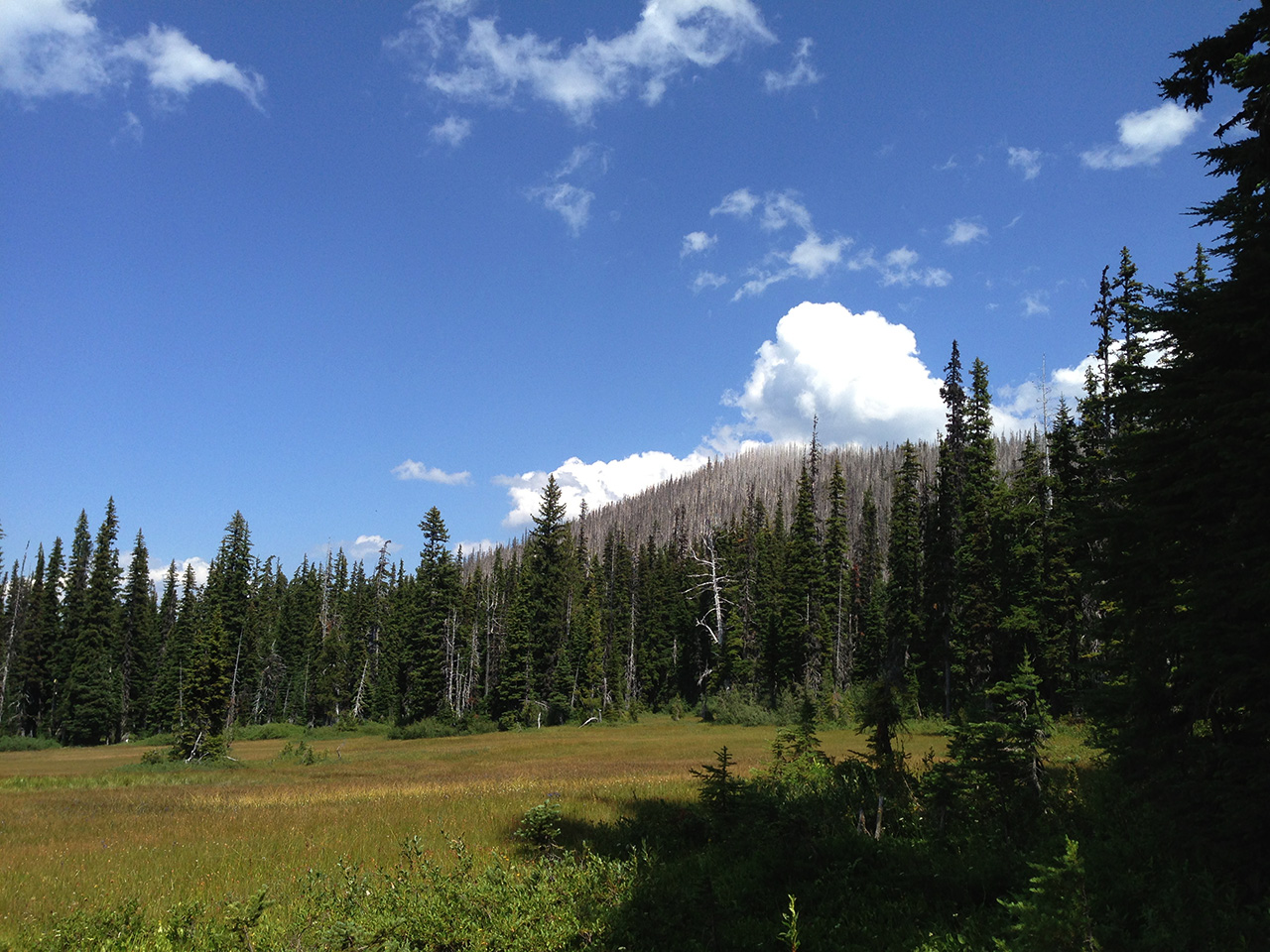 We thought we’d try an overnight on the mountain by starting at the Hood River Meadows Trailhead. Before departing, we each weighed our packs and came out pretty even at 27 pounds. In addition to our clothes, sleeping pad and bag and three liters of water, David hauled the tent and I carried the cook set, stove, food and emergency kit.

Full disclosure: neither of us has backpacked since we were teens. My last forays with a pack were short-but-painful portages on Canadian canoe trips with a canoe perched on my head. David experienced packing from his time in the boy scouts and hunting/fishing trips. It wasn’t long, though, before we adjusted to the extra loads.

There were two stream crossings in the first mile— Clark Creek had a nice A-frame foot bridge and Newton Creek was a less official collection of small logs set by other hikers. Pretty solid, but still a little worrisome to cross. Once again, trekking poles helped a lot. 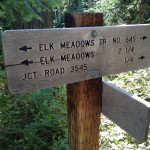 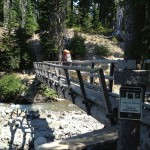 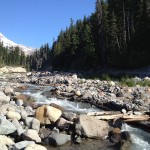 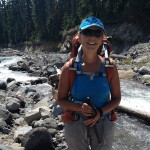 Next up was a steep climb up the switchbacks along the eastern wall of the Newton Creek Canyon. After reaching the top of the ridge, the trail dipped down to the Elk Meadow Perimeter Trail. We couldn’t see much of the meadow until we cleared the trees on the west side. Hikers are admonished to stay on the trails and off of the broad, wildflower-carpeted meadow where no camping is permitted except at well-worn, designated sites. The trail skirts the meadow, pushes through dense purple thickets of lupine and leafy aster and crosses numerous small creeks. Near the old Elk Meadow shelter, we spied a little frog who was in no hurry to vacate his sentry post. 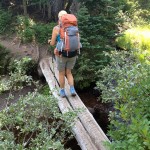 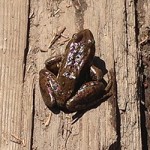 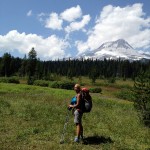 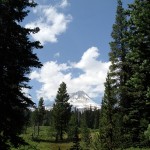 All along the trail and along the meadow’s edge, the huckleberries were prolific and just about ready to pick. Another party had already set up camp at the shelter, so we pressed on looking for a spot with a view of the meadow and mountain. 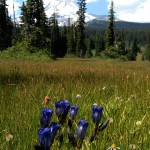 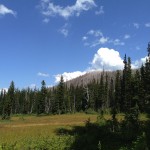 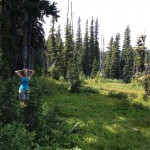 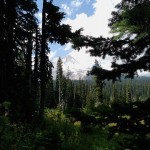 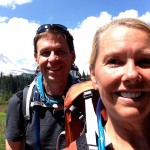 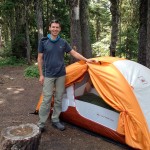 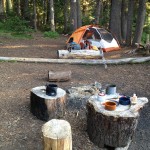 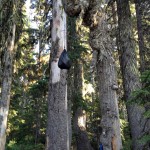 Even though the meadow was pretty damp, we had little trouble with mosquitoes or the biting flies that plagued us on the other side of the mountain. We eventually chose a campsite on the east edge with a great Mount Hood view and some log rounds for sitting. While it was a little closer to the trail than we liked, the foot traffic magically disappeared by 3 in the afternoon. We set up the tent up in no time flat and crawled inside for a quick nap while David captured a time-lapse of the clouds boiling behind the mountain.

Since there was still three hours of daylight left, we decided to check out Gnarl Ridge to see if we could score a sunset view of Mount Hood before dinner. After hiking up the ridge for an hour, we figured that we’d have a better chance of seeing the sunset back at camp. We added another 3.8 miles on to the day and were both more than ready for a proper meal.

Dinner consisted of an all-to-brief medley of brown rice and garbanzo curry, followed by chunks of dark chocolate. We watched a lovely sunset and settled in for the night, which was cool and quiet with a star-filled sky. The next morning, we got up around 6 as the sun was creeping down the face of the mountain. After coffee and some granola, we quickly packed up and headed down the trail. Along the way, we saw the “argyle tree” that others have mentioned in their trip reports. Not sure how we missed it on the way up! 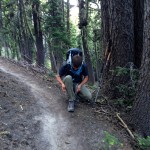 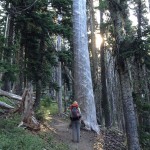 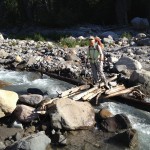 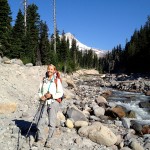 We made the 2.7 miles back to the parking lot in just an hour. Since it was still early in the day, we decided to drop off the packs at the car and strike out in the opposite direction to Sahallie Falls and  the Umbrella Falls loop trail, which we’ll cover in the next post.