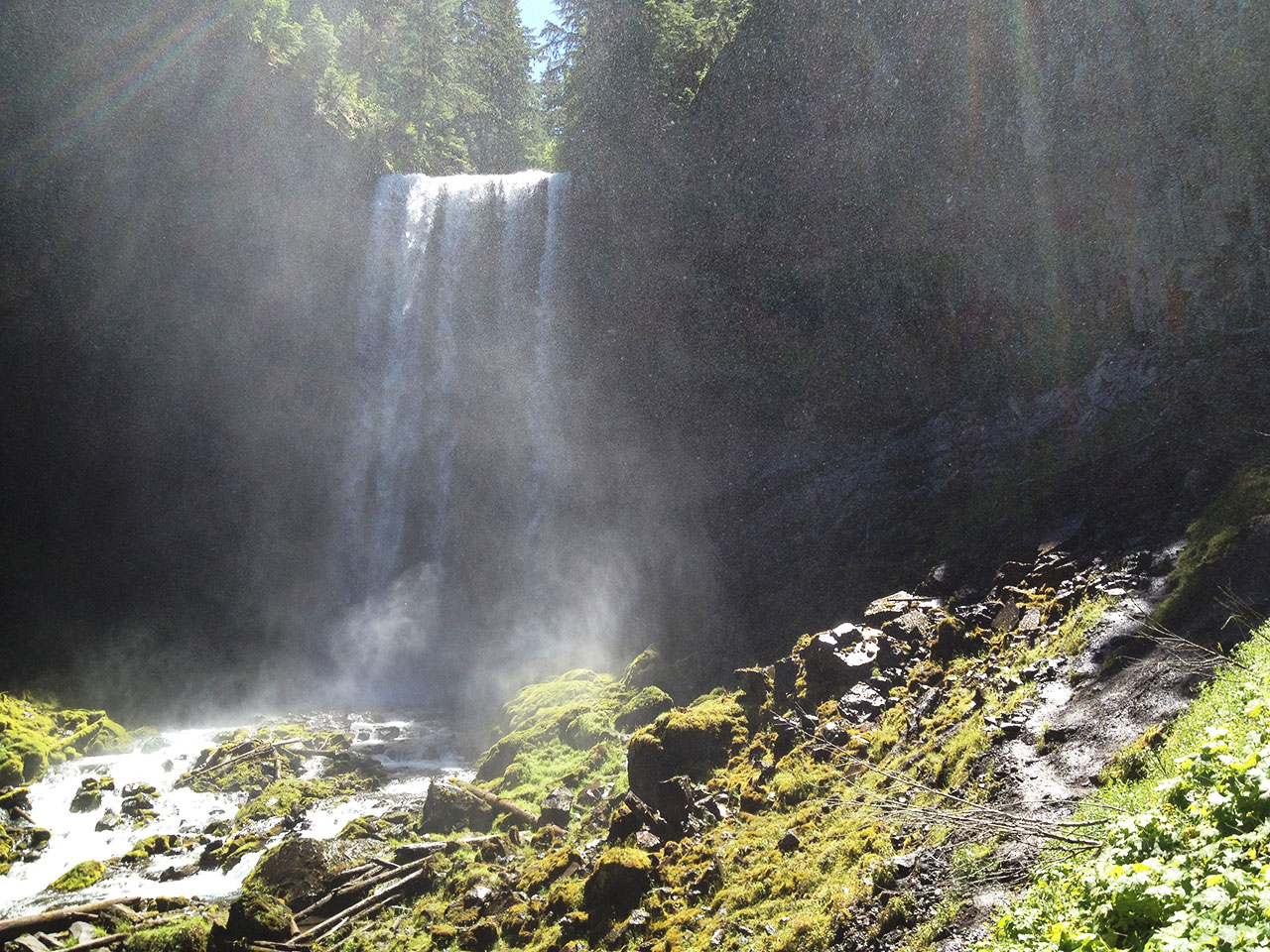 We needed to escape the heat of the valley so we headed up to the east side of Mount Hood, where it was still hot, but bearable in the forest. It was our first time hiking out to Tamanawas Falls. The first part of the trail parallels the highway. The view wasn’t bad, but the road noise was invasive.

About a third of the way, the trail turns inland, the road noise disappears and we were treated to a nice mix of tall fir forest and rock scree trail. There are amazing river pools along the way, but not much of a view until arriving at the basin of the falls, which is really dramatic.

Large clouds of chilled water vapor that billowed out from the falls provided a great way to cool down before the return trip. While there were lots of other people on the trail, it didn’t feel crowded.

We returned through Hood River and then crossed the Columbia River to White Salmon, Washington to try Everybody’s Brewing for a cold beer and some dinner before returning to Sandy. However, at 103 degrees, it turned out to be even hotter there! 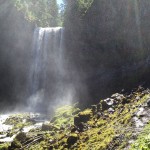 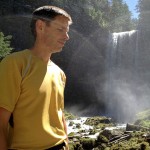