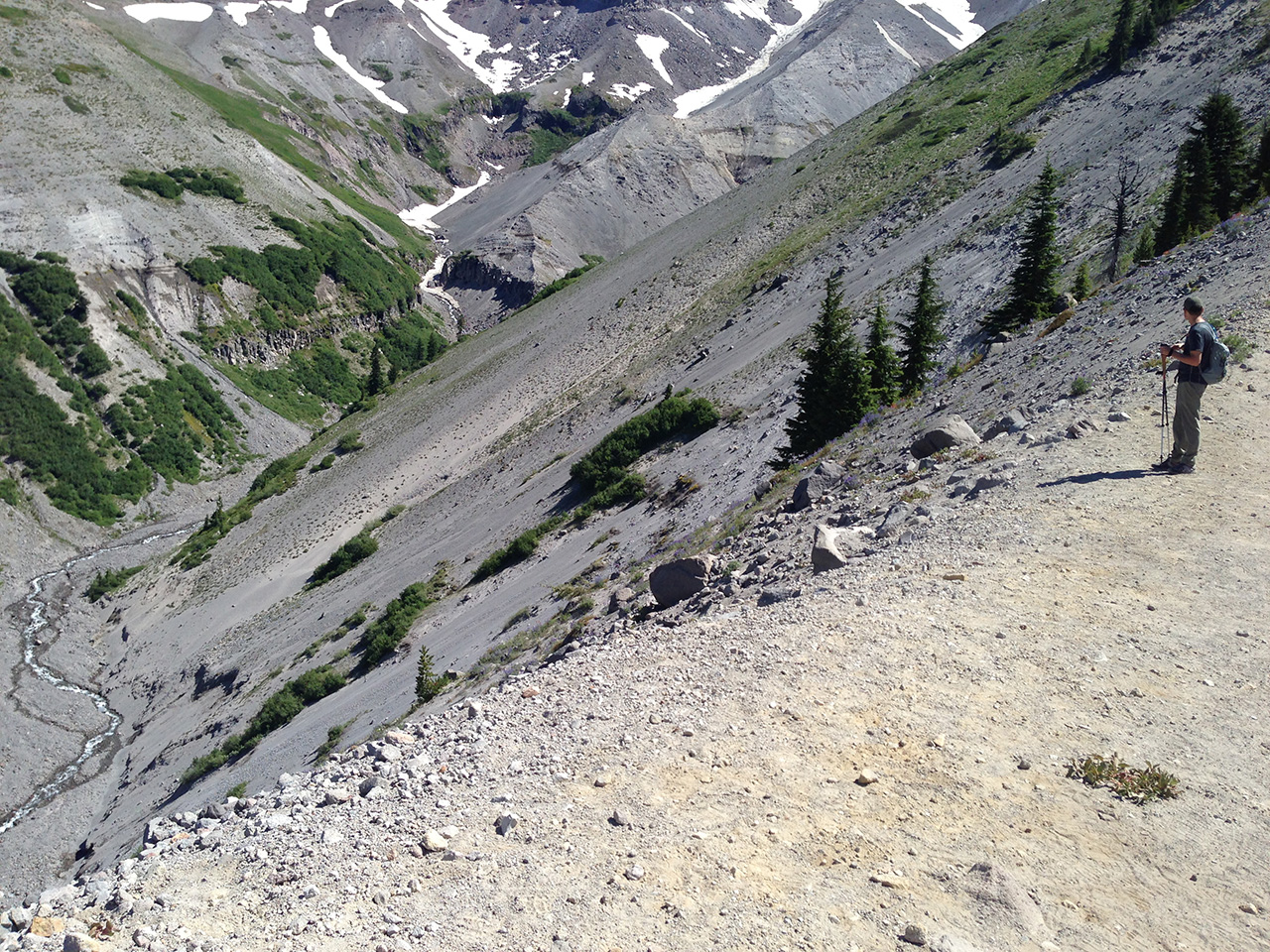 We vowed to get an early start for Sunday morning’s hike from Timberline Lodge. Which means 10-ish. Expecting the parking lot at Timberline Lodge to be sparsely populated at that hour, we were surprised to see it nearly as full as during a prime winter skiing day. Apparently for many, July 14 is also a prime ski/snowboard day. There were hundreds of fully dressed ‘boarders and skiers going to and from the Palmer Snowfield (elevation 8540′) even though it was already fairly hot above the treeline on this sunny day. 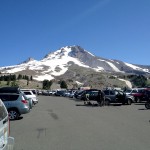 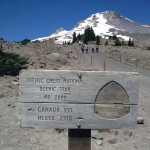 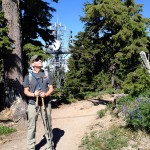 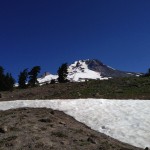 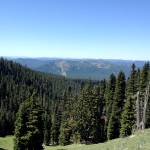 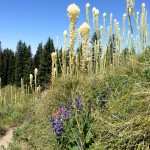 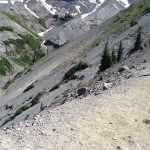 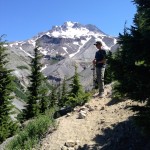 After last week’s killer Mt. Defiance hike, a more moderate but scenic outing was in order. Starting at Timberline Lodge (elevation 6000′), we headed west onto the Timberline Trail #600 which is also part of the Pacific Crest Trail #2000. We passed under the chairlifts on well-maintained trails. It was interesting to see the terrain that is normally covered up with yards of snow when we ski here during the winter. The trail gradually climbs through meadows of tall bear grass with tall stalks of flowers. It’s an incredibly beautiful stretch with the three Sisters peaking behind Mt. Jefferson to the south.

The first mile passes through some remnants of snow that still cling to the trail. We descended into rocky Little Zigzag Canyon and then went up and over to the Zigzag Overlook at the 2.2 mile mark. Stunning panoramas of Mt. Hood and the canyon below stretched before us. 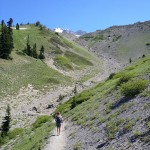 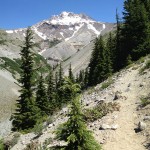 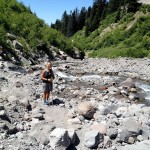 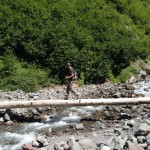 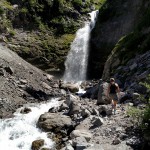 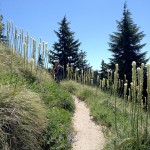 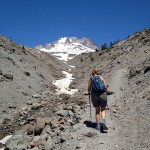 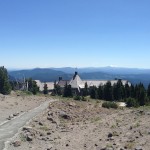 The final descent dropped us down to the Zigzag River (4900′) which has a falls upstream. We stopped here for a short break.  David practiced crossing the river on a log with his trekking poles while I dumped out two tablespoons of sand from each of my Montrail Sedona Trail shoes.

There were a lot of hikers (and dogs) which is to be expected in this area on the weekend. We encountered a few “trail-talkers” (a similar species to “close-talkers” who invade your space while talking at you). Their constant, loud conversations-that-never-end echoed through the canyon and felt just as invasive.

This trail is a segment of a 40 mile loop around Mt. Hood that typically takes three days and four nights. While it’s a moderate hike in terms of elevation gain, there are a number of very treacherous river crossings involved. Maybe we’ll try that next summer. Or not!

This short seven-mile out-and-back hike is a great choice (especially on weekdays) if you want magnificent scenery and solid footing.