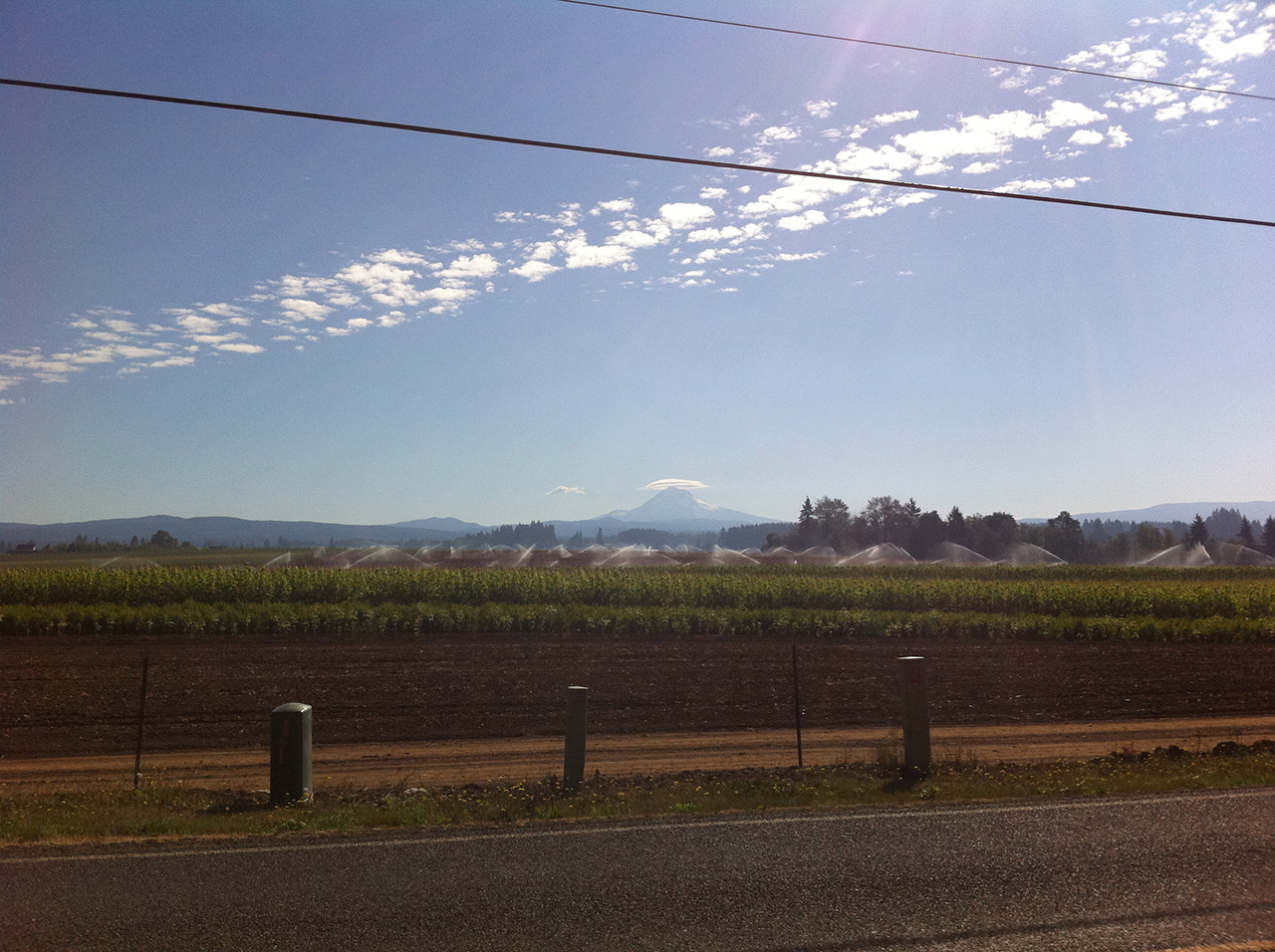 We first took up road cycling four summers ago. I (Chris) signed up to participate in the 2010 Tour de Cure fundraising event that benefits the American Diabetes Association. By committing to this early August event, I figured I’d have the whole summer to get in shape once school ended in June. Our daughter Hannah had left her new Trek Allant bicycle behind when she moved to Vermont the previous year, and there seemed like no better way to force myself to be more active than to start with a solid deadline. I remember my first attempt that June, a pitiful two-mile (at best) sojourn to the end of our road and a little beyond. Thoroughly winded, it was a good wake-up call. Well, you have to start somewhere, and by mid-July, David thought he might as well join me and picked up a Giant Cypress hybrid/comfort bike. Having a road buddy made it so much more fun, so we quickly moved from 5 to 8 to 12 mile rides in our rural area. By August 1st, we were well-prepared for the beginner’s 21-mile version of TdC event in Hillsboro and didn’t embarrass ourselves too badly. In 2011, we did the same TdC event, this time doing the 42-mile ride. No problem!

My biggest worry when starting to ride was road traffic. It took some getting used to, but so far, drivers seem to be very solicitous and take great pains to avoid us. We’re incredibly fortunate to live in the rural area between the burgs of Gresham and Sandy where there are miles of ornamental nurseries, berry farms, alpaca and horse pastures. The roads rise and fall gently in all directions from the bluff where we live. I love observing how the gardens develop over the summer, checking on what’s being irrigated and which animals are out grazing. In fact, it’s so fun that it’s hard to concentrate on going very fast.

I use MapMyRide to log routes and keep track of distances on my Mac. David uses MotionX, an iPhone app that tracks speed, route, and elevation. It’s the same one he uses for our hikes. We try to ride several times a week, 12 -15 miles. I set the pace, but so far haven’t managed to break my pokey 10.5 miles-an-hour mark. David ordered a Sigma BC509 a handlebar mounted bike speedometer for me to see if having some real-time data will prompt me into pick up the pace.

Update: Since using the Sigma, my real speed has been 12 mph. David’s GPS was including our stops in the mph calculation. The Sigma only includes data when the wheels are turning which is so much better for my self esteem! It’s been great to see that we’re going 35 mph down some hills, and that I can maintain 10 mph uphill for the two-mile Dodge Park stretch.

After a year of using “comfort/hybrid” models, which are heavy and very upright, we decided to trade up to hybrid road bikes. I bought a Raleigh Alyssa flatbar bike that is scaled to my shorter frame. It’s a good compromise between the drop handles of a typical road bike and the upright bars that many women of my age prefer. I switched out the grips for a smaller diameter pair from Ergon that fit my hands better. David’s is a GT Takion 2.0. The difference in handling, weight and gearing is substantial.

We’ve also discovered why cyclists wear padded bike shorts. Trust us, it’s a good idea. While they’re not the prettiest site, comfort rules. There are no seams to rub your ‘nethers and there’s the bonus of added padding. We also switched from handlebar-mounted rear view mirrors to helmet mounts. 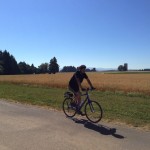 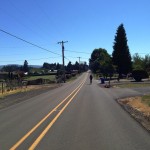 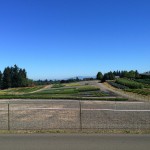 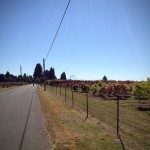 Last summer we attended a bike maintenance class at REI. David now cleans and lubes the chains regularly and can fix a flat… we think. Knock on wood, as we haven’t needed to do this yet.

We ventured into Portland last summer to ride with Hannah on the Springwater Corridor, a 40-mile loop from Portland to Boring that is built on an old railroad bed. While it was great not to worry about car traffic, throngs of pedestrians and other cyclists added a dimension that took some getting used to. Last August we rode the 21-mile Vernonia-Banks rail-to-trail which is similar to the Springwater but had no traffic at all.

Each summer we saddle up for Saturday rides to the Gresham Farmer’s Market, a 25-mile round trip. David adds a set of Basil Cardiff  market baskets attached to a Topeak bike rack to stow our veggies for the trip home. They’re also handy when we ride to pick blueberries in August. We line the baskets with plastic bags and can haul about 20 pounds of blues.

We’ve learned that while cycling tunes up a very specific set of leg muscles it doesn’t necessarily translate into being in better shape for hiking. And conversely, doing lots of hiking doesn’t necessarily mean we’ll be prepared for a long cycling trip. The key is to mix it up and try to get out there every day. During Oregon’s inclement months, of which there are many, we substitute cycling for racquetball or a workout at the gym. Or at we least try to!