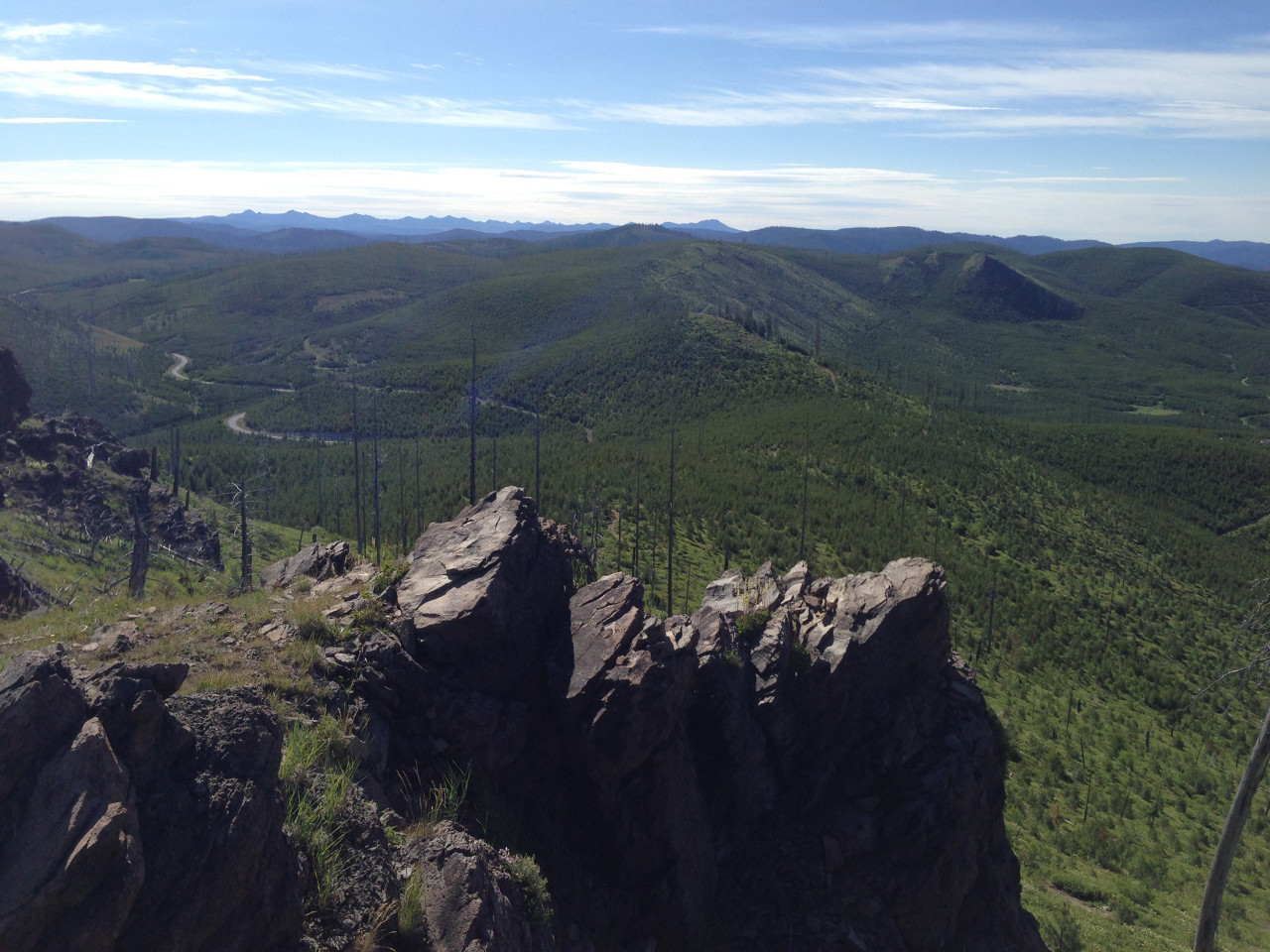 On the way back home from Sun Valley, Idaho, we decided to take a different route once we got to Oregon border. We left the interstate (I-84) at Baker City, had lunch and then took Hwy 7 towards Sumpter, which also turns out to be the southern half of the Elkhorn Scenic Byway. This is gold mine country.  As in miles and miles of tailings lining the valley floor.

If you’ve never heard of the Sumpter Dredge, it’s all but impossible to describe without seeing it in person. Oregon made it into a state park some years ago. It’s a testament to man’s greed and willingness to destroy this planet while in search for gold. The scale of the dredge is enormous (think football field). And the destruction that remains half a century after it stopped chewing up the valley is hard to grasp. 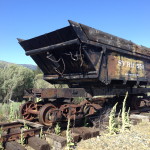 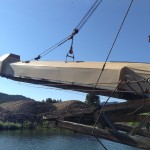 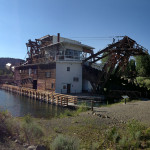 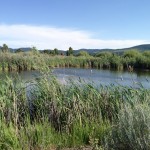 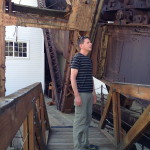 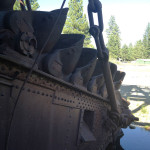 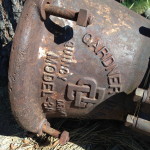 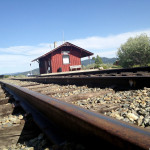 Even though this trip was on the 3rd and4th fourth of July, we saw virtually no cars or people, which felt strange. We’d been offline for a few days and hadn’t checked the news so it almost seemed like something ominous had happened to force people to retreat indoors.

It’s also difficult to describe the tiny almost-ghost-town of Granite, perched on a hill. You’ll just have to go and check it out yourself. We had the urge to get out of the Subaru and explore on foot, but somehow it didn’t seem like a wise decision at the time. The old dance hall, livery stable and general store are abandoned and will soon fall down. The sun was going do wn as we left Granite. Up the road apiece was another unusual site— Ah Hee Diggings Overlook, erected to mark sixty acres of hand-stacked, winding rock walls constructed of placer mine tailings. The walls were built by Chinese miners who worked gold-mining claims along a five-mile stretch of Granite Creek in the late 18oos. A wayside with the entrance to a long-ago gold mine was right by the road.

We’d love to return here to explore further, but we needed to find a place to camp. I spotted a turn off for the Bald Lake Trail which sounded promising. Three miles in, the shoulder was wide enough to park the Subaru. We loaded up our packs and found a good flat spot to pitch the tent about a quarter mile over the ridge on another logging road. This one had been abandoned long ago as there were large downed trees across the road. We fumbled a bit with the poles of REI’s redesigned Half Dome tent and blew up the pads as the sun fell away below the trees. It was a warm and starry night.

The next morning, we had a quick cup of coffee and a bowl of granola before packing up. Shortly after getting back on the Blue Mountain Scenic Byway, we encountered three bull elk having a meeting in the middle of the road. They high-tailed it before I could get a photo. 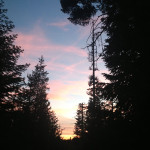 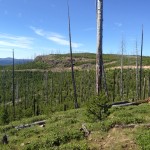 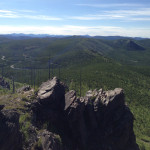 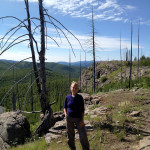 We stopped for a short two mile hike up to an overlook at the Tower Mountain Burn in the Blue Mountains. There were numerous well-maintained ORV trails along this stretch between Granite and Ukiah. I made note of a bunch of trails to check out for future hikes: Oriental Creek #5507, Out Across Trail 3158, Round Top Meadow, Crane Creek, Silver Butte and Winom Trail. After a failed attempt at obtaining coffee in Ukiah, we continued on to Heppner where we had a hard-to-describe cafe experience and day-old cinnamon rolls. Heppner lies on the downstream side of a large, aging dam. Towns like this underscore man’s dependence on water and our need to control it at all costs.

Then we ventured into Ione before returning to I-84. Much of what we saw in some of these small towns felt like they were from an parallel universe (or places lost in time).

While it may seem expedient to stick to major freeways on your travels, get off the beaten path if you have time and find out how and where the rest of the world lives. It’s very enlightening!