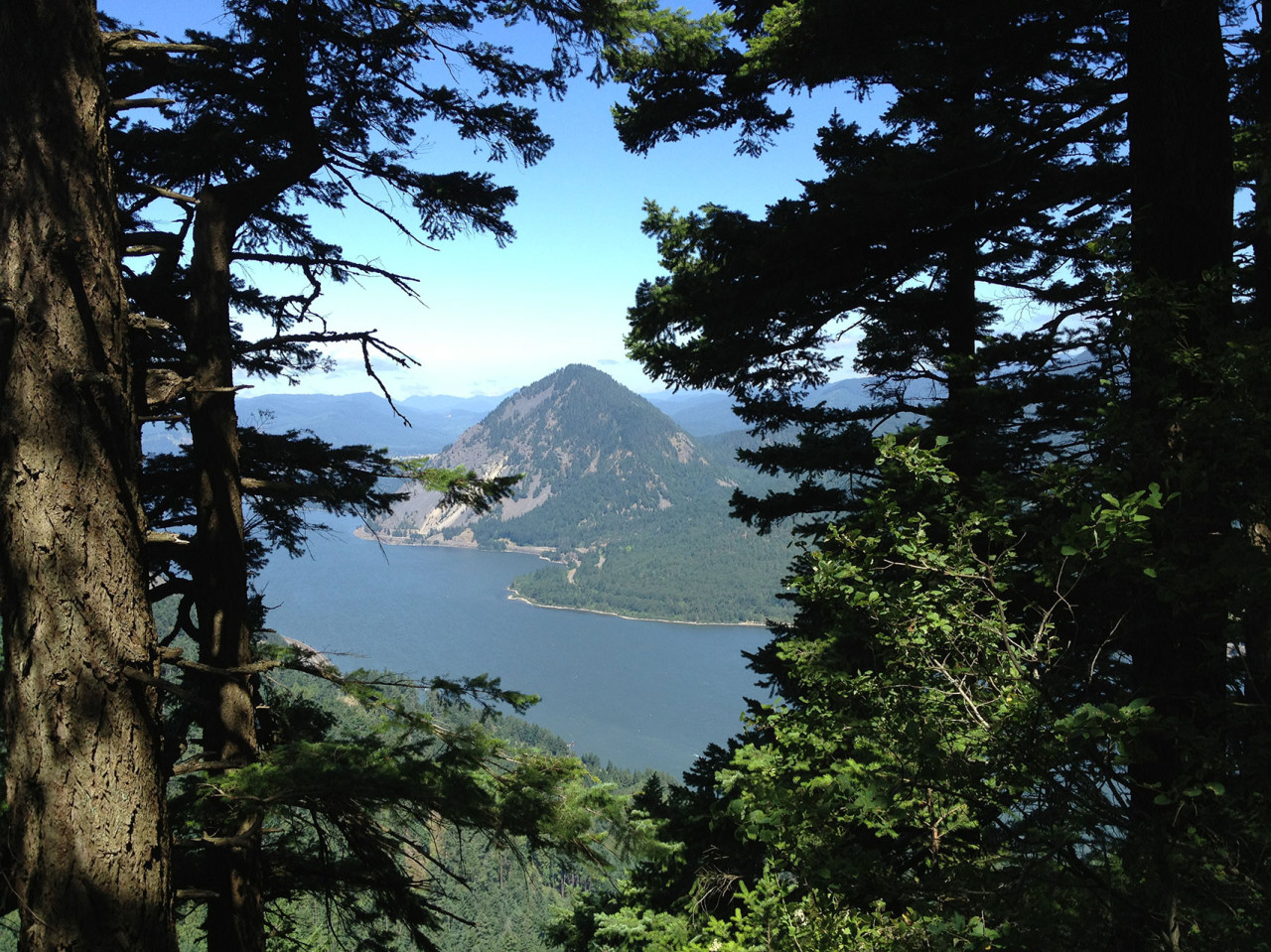 We had made plans to climb Mount Saint Helens in Washington and reserved climbing permits months ago. With the climb less than a week away, we double-checked our equipment and did more online research in preparation. Recent reports included words such as “ice ax”, “crampons”, “snow field” which really got our attention.

We read that the Mt. Defiance hike in the Columbia Gorge, was great preparation for St. Helens. Both hikes gain over 4500 feet within five short miles. St. Helens ends at 8,365 feet elevation at the crater rim, while the top of Defiance rises 4800 feet from the Columbia River. With that in mind, we headed off to the Starvation Ridge trail head for a challenging day hike.

Online guides recommended sturdy hiking boots, at least 3 liters of water for each person and a good supply of food for the entire day. Usually, we take only a single platypus with 2 liters of water for BOTH of us and wear light trail sneakers. So we both strapped on day packs with bladders, and early on, we could really feel the difference with the extra weight on our backs and feet.

The trail starts off benignly enough, though the cluster of Do Not Enter signs right by the trail did impart a certain sense of foreboding. 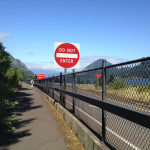 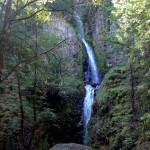 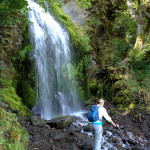 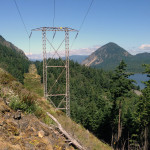 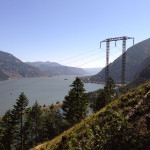 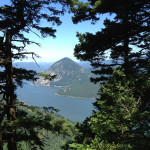 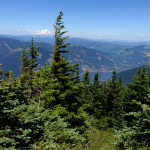 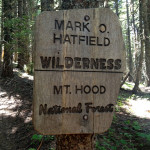 The first half-mile or so is flat and follows I-84, passes a couple of lovely waterfalls, but soon climbs steeply and steadily for the next 4,500 feet.

Fortunately, the trail was almost entirely in the trees and shaded from the hot sun. On the downside, it was really, really steep, hovering around the 30% gradient for nearly the entire trail. Most trails are engineered for a 10% incline.

Once in a while, we were rewarded with a glimpse of the river and Mount St. Helens in the distance. At about 4200 feet, we cleared the forest and got an amazing view of the Columbia River Gorge, St. Helens, Mt. Rainer and Mt. Adams.

At this point it was almost 3 pm and our legs and lungs were protesting mightily so we opted to forgo the final 600 foot scramble through the rock field to the peak. Rather than return the way we came up, we decided to make a loop by descending on the Starvation Ridge trail instead. The upper section threads its way through rock slides, making for very slow going on our wobbly legs. 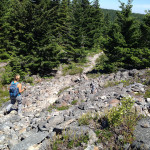 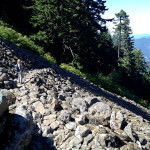 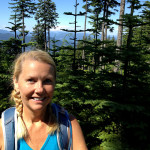 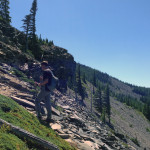 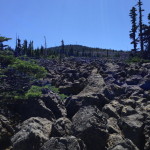 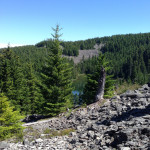 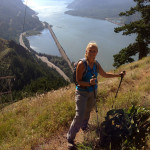 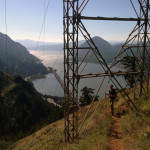 Then it follows along the north shore of Warren Lake and starts the downhill slog in earnest. We mistakenly assumed this part of the trail would be less steep than the ascent. It was in fact much steeper. It also occurred to us that the other dozen or so hikers who passed us on the way up had disappeared. Hmmm. We discovered later that taking Starvation Ridge down is NOT recommended. The ridge got progressively narrower and the trail steeper. Eventually we could hear the freeway far below and see glimpses of the Gorge. (Sadly, my phone battery died before we completed the GPS track. I had an extra battery, but forgot the cord, doh!).

The last section switch-backed down along the cliffs, under the power lines, through a poison oak grove and very treacherous loose gravel. We made it by leaning heavily into our trekking poles at each step. At the car, it was huge relief to pull off the heavy boots, drop the packs and head up to Hood River for dinner and a pint(s) at the Pfriem Family Brewers.

1. Do your research. Read the online trail reports. We hadn’t thought about encountering snow on St. Helens until we read this summer’s trip reports. That made us think harder about what we were getting in to as neither of us has any snow hiking experience, or crampons or ice axes. If a trail is rated as Very Difficult, then believe it.

2. Pace yourself. Our average speed going up was a little over 1.5 miles per hour. Same going down. Hence a 12 mile hike with this kind of ascent is an 8 hour commitment.

3. Remove your toenail polish before going on a strenuous hike. My polish covered up the fact that my nails needed a trim. This became painfully evident after the first mile downhill. Further, promptly accept your partner’s offer to re-lace your boots with a surgeon’s knot to lock the heels in better. Three miles later, I was finally ready to try this and it helped a lot.

4. Plan for recovery. Five days wasn’t enough time between this hike and our July 10 reservation for St. Helens. Our legs and joints took a full five days to recover. Advil is your friend, on the trail and after.

5. Know your limits: We came to the conclusion that we were not ready for St. Helens and decided to sell our passes. Fortunately, there is an excellent exchange service and we found a buyer the next day.