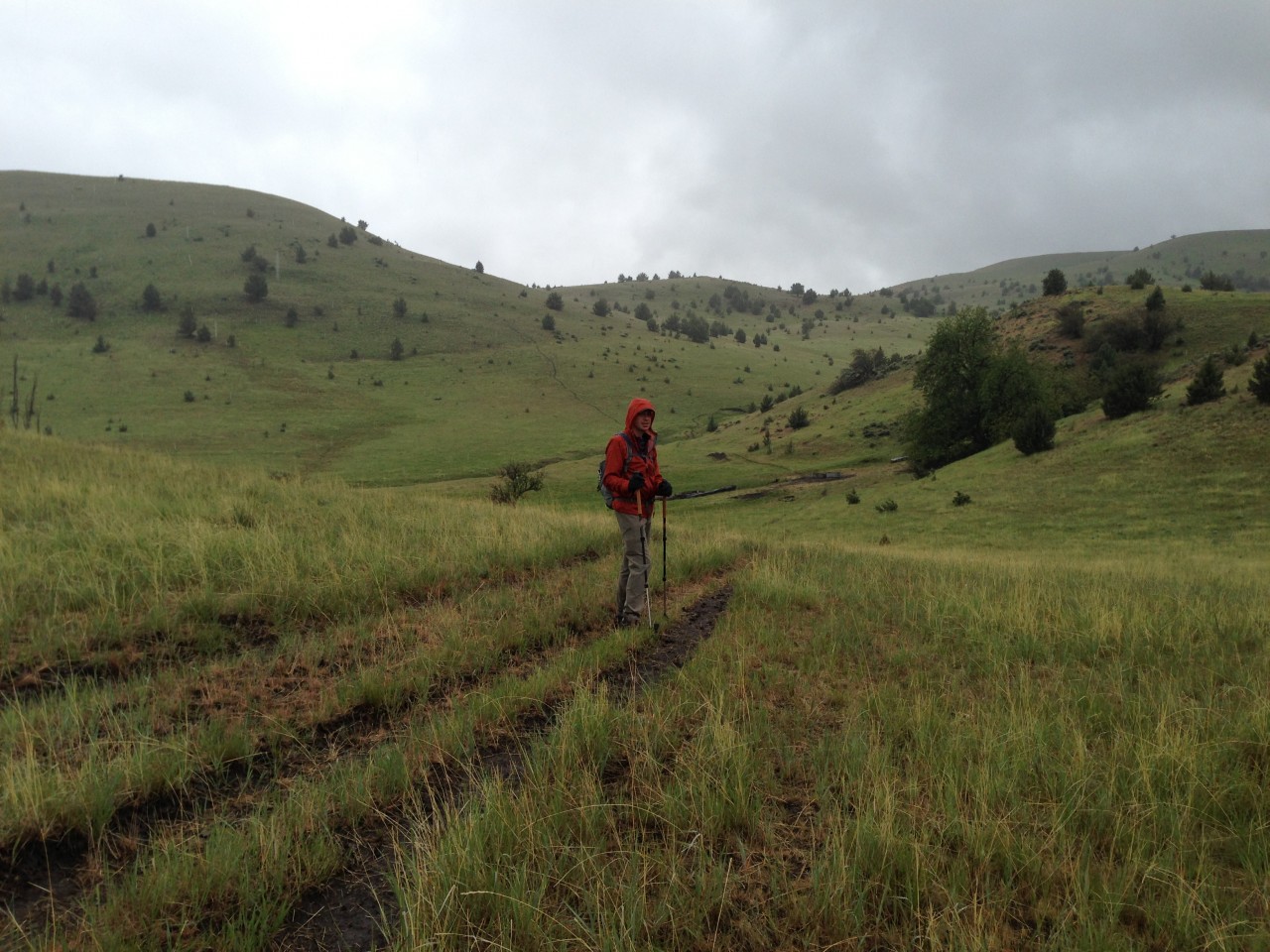 The forecast for the Memorial Day weekend was nothing but rain so we headed to central Oregon for a spur-of-the-moment excuse for a meeting with David’s client, Kara Wilson Anglin of Wilson Ranches Retreat in Fossil. The bed and breakfast was full up, so she graciously offered us the use of an unfurnished house on their 22,000 acre cattle ranch. It turned out to be a sweet little craftsman bungalow nestled in what’s got to be one of the most beautiful valleys in Oregon, on a dirt road two miles up a draw. The house was surrounded by a dozen black cow/calf pairs. Entertainment was provided courtesy of a couple of steamy bulls who wrestled for hours, ignoring an amorous heifer who was clearly looking for love. 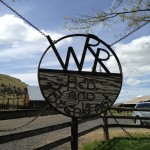 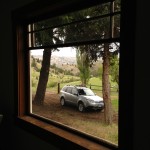 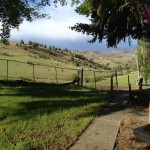 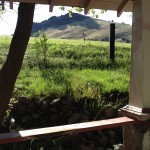 We blew up our Exped SynMat air mattresses and “glamped” in one of the empty bedrooms, lulled to sleep by the moos of livestock. In the morning, after a few cups of coffee and some leftover jammers from a Welches bakery, we headed west up to the saddle of a nearby butte, then circled behind it to a wide open valley further to the south. The previous night, Kara’s dad, Phil Wilson had described an ancient walnut tree by an abandoned homestead and we eventually saw it in the distance. On the way there, we encountered a pair of large pronghorns, and after several warning snorts, watched their bright white rear ends recede in the distance. 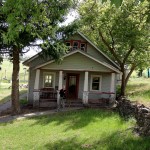 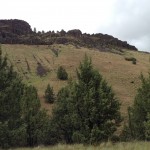 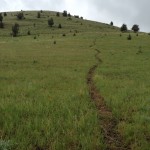 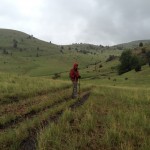 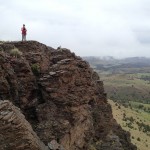 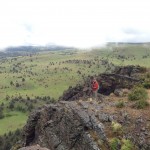 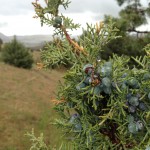 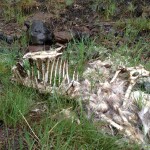 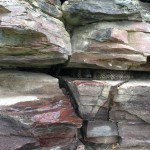 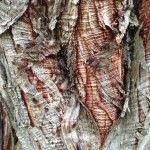 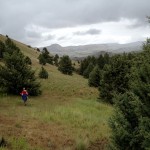 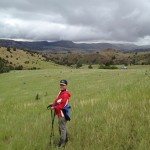 At the abandoned homestead, it was easy to imagine why a settler 150 years ago would pick out this remote location. Sheltered from weather from the north, it had plentiful spring water. The remnants of an old orchard still remained as did a rock wall that held up a stretch of overgrown road. Chris spotted a rattlesnake snoozing between some rocks, all coiled up and sheltered from the weather. We had been warned to watch out for snakes once the temperature hit 70 degrees. Thankfully it never got over 60.

Because we had a horseback ride lined up for later in the afternoon, we didn’t attempt to cover the longer distances in a typical hike. It was fun making our own trail for a couple of hours, sometimes following a cow path, an old fence line or just zigzagging up to a ridge.

Later that morning, Kara and Brian took us out for a horseback ride up the north side of the valley for some sight-seeing and cattle wrangling. One of the cows and her calf had managed to get themselves on the wrong side of the fence.

The weather was closing in, and we had a few showers and misty rain, which cleared up towards the end. Our REI Acme pants were great, keeping us warm and drying very quickly. We’d anticipated the rain so had pulled on our merino wool leggings underneath which made a huge difference in comfort.

All along we enjoyed amazing views of the ranch and the course construction for the upcoming Tough Mudder competition, which will be held at the ranch in June. 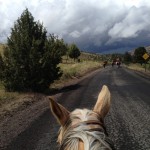 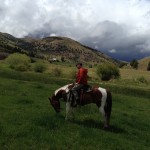 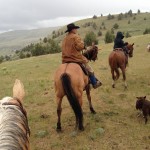 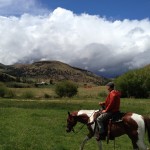 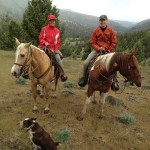 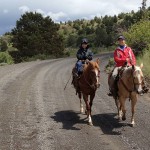 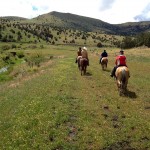 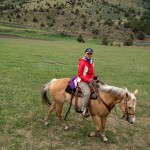 After the ride, Kara told us that we should drive further up the canyon road to see the beaver dams on the river. We eventually found the dams, but were really blown away by the scenery in the canyon. Very Arizona-like!

We headed into Fossil for an early dinner and ran into some friends from Portland (small world!). They were headed up to the high school to dig for fossils, and we decided to come along too. The fossil beds are open to the public with a $5/person charge and included the use of a variety of tools for digging. The fossils consisted of layer after layer of very fragile leafs, difficult to extract intact, but we came away with a few nice specimens.

After the dig, we decided to take advantage of the beautiful late afternoon light and head back to Portland. This time we took the northern route up through Condon, The Dalles and then west along the Columbia River Gorge. Miles and miles of giant wind turbines dominated the beautiful scenery Of course, we’d seen them lining the bluff top along the Gorge, but had no idea there were so many to the south! Google reports that Oregon has over 38,000 turbines and we could also see thousands more lining the hilltops across the river in Washington. 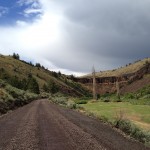 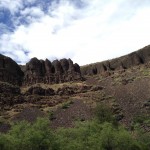 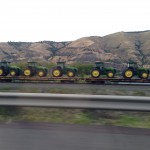 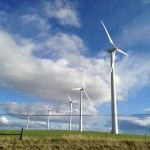 We had the roads to ourselves and enjoyed the very scenic drive through the dramatically lit rolling hills and valleys and finally the long descent into the Gorge.

We’ll definitely be back for more!