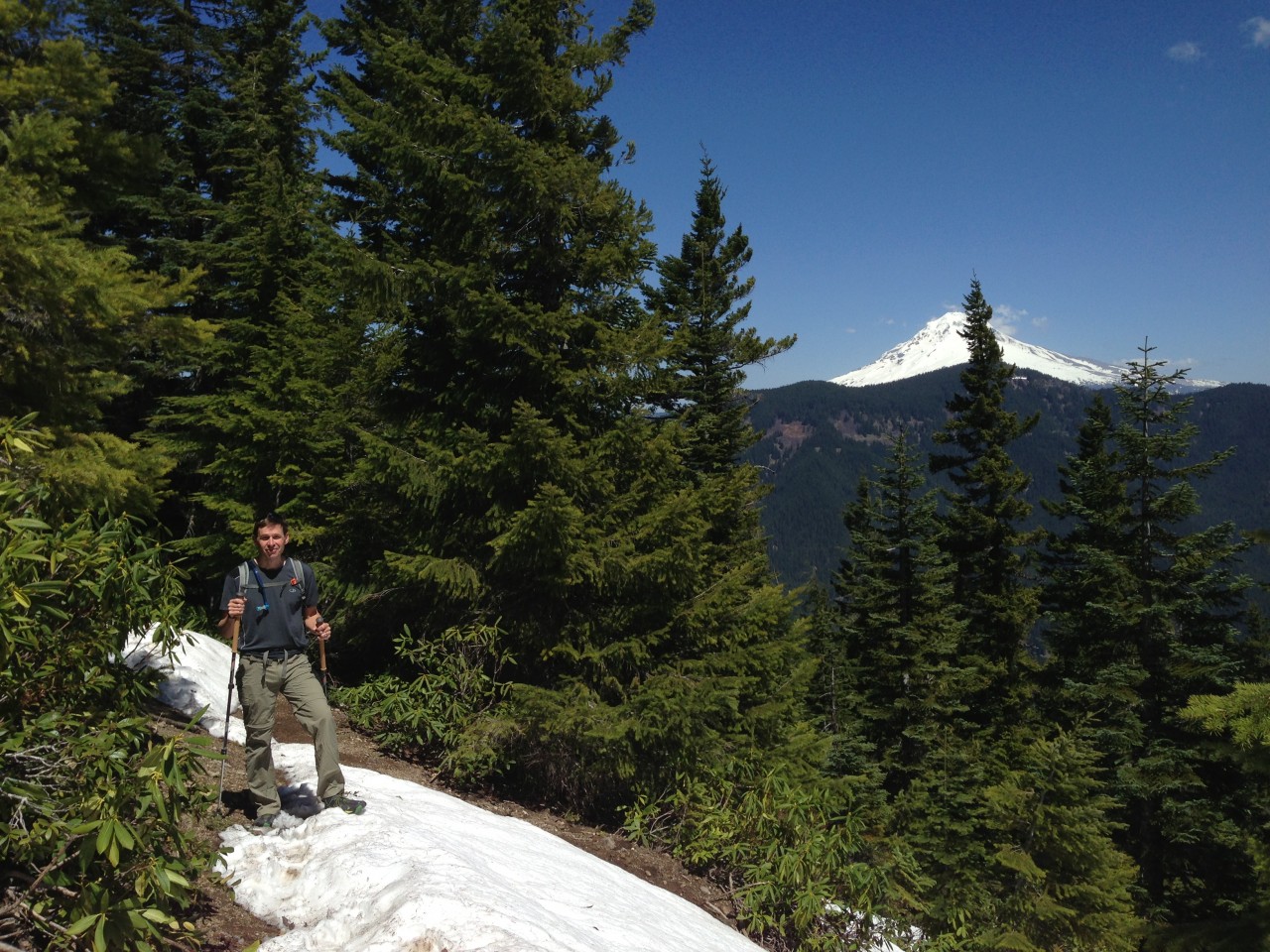 We haven’t been up to the Salmon Butte trail since the winding mountain road leading to it was converted to trails-only in late 2010. That summer, Chris and nephew Tyler got part way up the trail when he got the itch to burn a few calories with his off-road hand cycle. The trail is really narrow in parts, and not particularly well-maintained. There were a lot of “0h-jaysus” moments before Chris talked him into turning around at the half-way mark. These pictures are from 2010: 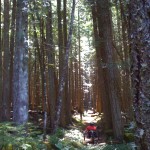 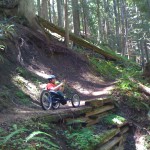 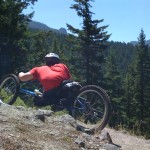 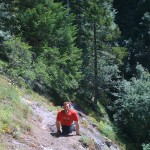 This first Saturday in May was weirdly warm, in the 80’s, at our house, and 75 degrees at the base of the trail so it felt very much like summer had arrived. We parked about a half-mile further down the road from last weekend’s hike on the Salmon River Trail (officially called Old Welches Road).

The first section of the trail follows a road that was heavily bull-dozed and re-graded by the Forest Service three years ago so it would revert to its natural contours. A heavy gravel bed still remains in this first section, and several small stream crossings now are at surface level rather than redirected by culverts.

Once we reached the old trail head (at 1.4 miles) it’s all cool, heavily-timbered forest trail and soft duff footing. There’s not much of a view until you reach a small rocky outcrop 2.5 miles miles. The second viewpoint was at 4200 feet, when Mt. Hood suddenly appeared around a north-side bend. 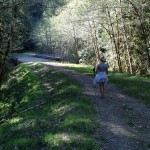 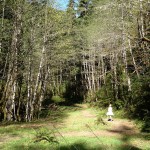 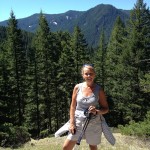 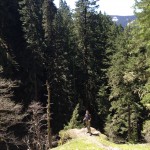 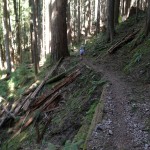 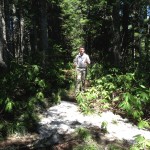 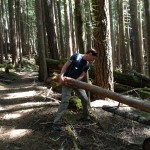 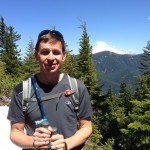 It was a slow, steady climb all the way. We gained 3,200 feet in elevation before we rounded a bend and ran into a stretch of thick, soft snow. Knowing we were less than a mile from the top, we made a valiant attempt to summit the Butte by continuing upward. The temperature dropped rapidly to 50 degrees and the wind really picked up. It was disconcerting, to say the least, to no longer have a trail to follow. Trying to pick our way around/between logs to avoid sinking into thigh-deep snow (while wearing shorts) was a challenge. David’s Merrill road-glove footwear wasn’t up to the task either.

Compared to last week’s hike just one ridge over, this trail had very few spring flowering plants. We walked briefly through a stretch of bear grass and rhododendrons at about 4000 feet.

On the way back down, we did a little trail maintenance, removing lots of branches, logs and rocks from the trail. Since it was a gorgeous Saturday, we were surprised to encounter only five other hikers (the first couple after 3 hours of solitude) and one dog. You guessed it, the usual off-leash pit bull. 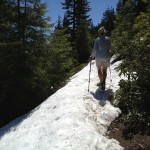 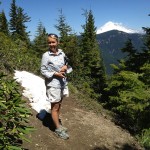 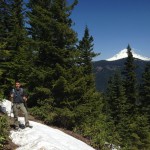 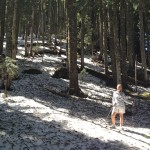