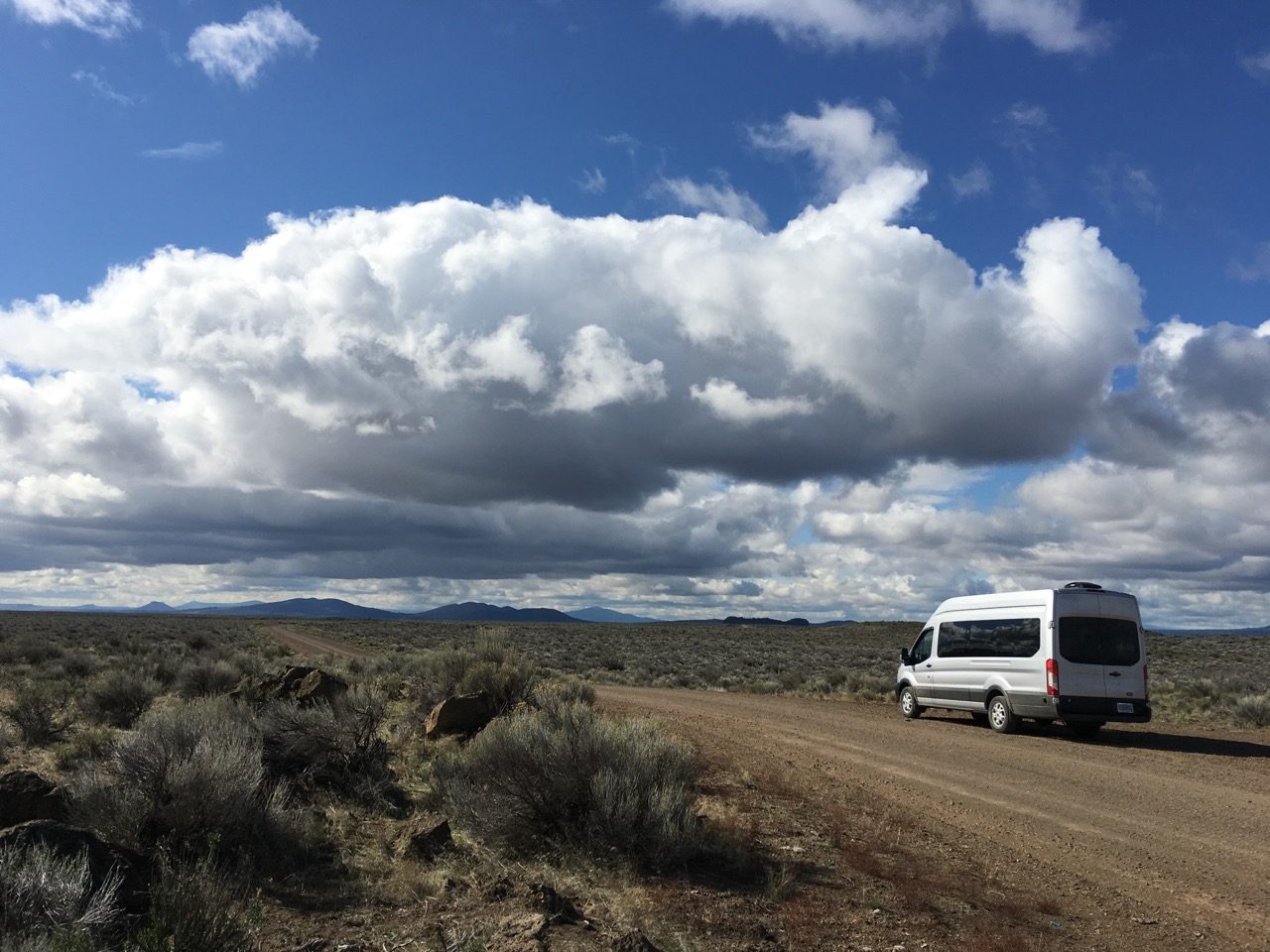 We drove south on April 23, intending to check out the community of Sunriver which is about 15 minutes south of Bend, Oregon. This was our “shake down trip” since the purchase of a 12 volt ARB refrigerator— we needed to find out what the drain would be on our batteries. While we didn’t much care for Sunriver, it was worthwhile to cross it off our list of places we might want to live someday. Whew.

With that out of the way, we continued on to Fort Rock State Natural Area, a destination we’ve been curious about for a long time. Fort Rock is an abrupt, crescent-shaped volcanic tuff ring that rises abruptly out of the surrounding plain. It’s also where a cache of 9000-year-old woven sagebrush sandals was discovered in 1938. As usual, we were the only visitors when we arrived late that afternoon. We walked the trail inside the formation in very strong winds. 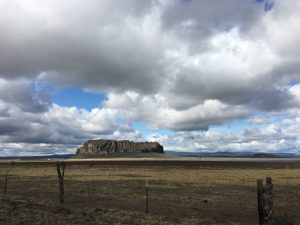 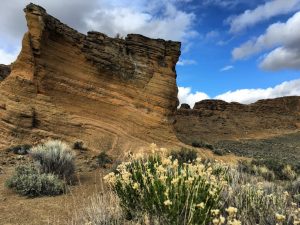 In need of a campsite for the night, we drove north on Cabin Lake Road (NF18) looking for a likely place. We stumbled upon a perfect spot, about a half our later, turning west of NF18 for a mile, following a sign for South Ice Caves. It’s one of many lava tube ice caves that dot the volcanic landscape around Bend. Only one car drove by the whole time we were there. 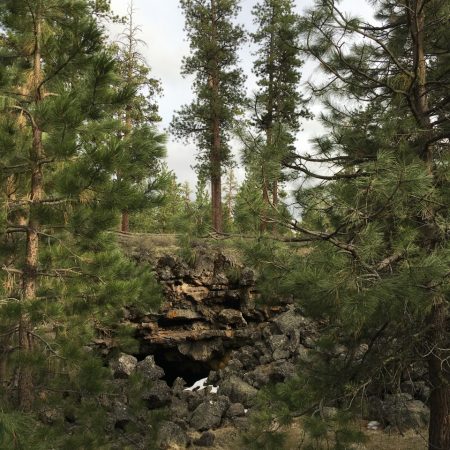 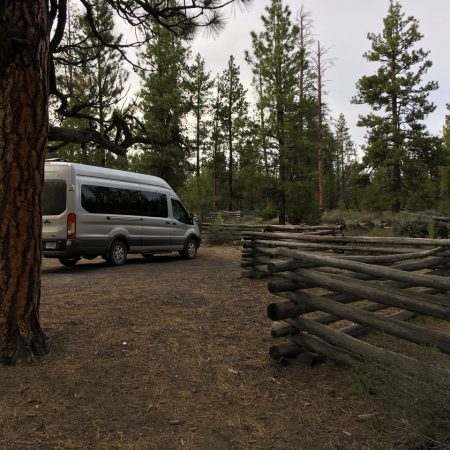 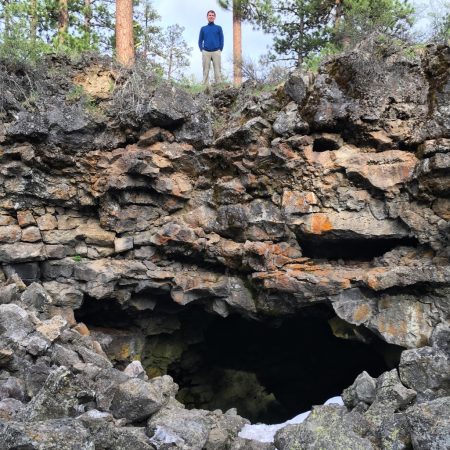 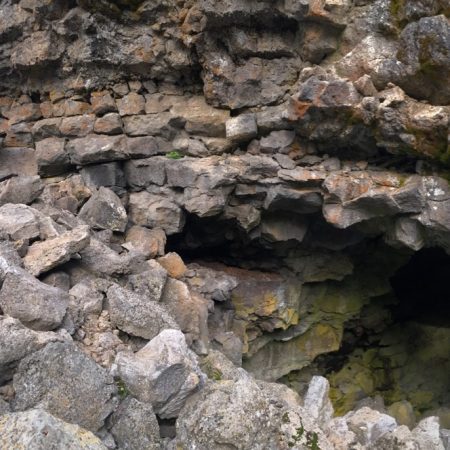 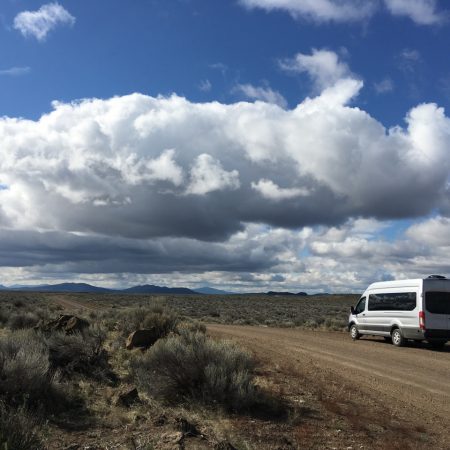 On Sunday, we spent a couple of hours exploring Crack in the Ground, a two-mile long, 70 feet deep volcanic fissure near Christmas Valley. We’d become aware of it (and Fort Rock) by watching episodes of Oregon Field Guide. You’d never know it was there since it is lower than the surface of the surrounding area. Since the road approaching it from the town of Christmas Valley is extremely bumpy, few people make the trek. A highlight was finding a raven on her nest on the opposite ledge, and spotting her gorgeous blue eggs when she flew off. Many, many bunnies populated the “crack” which felt like a completely self-contained ecosystem. 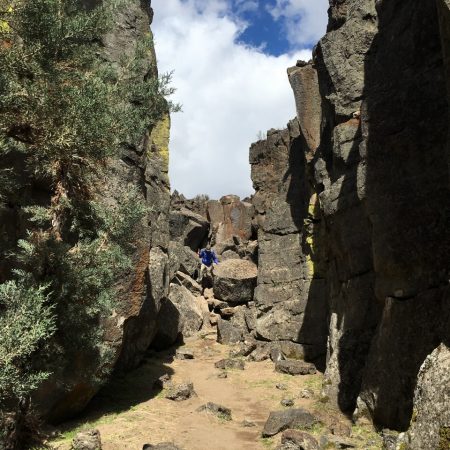 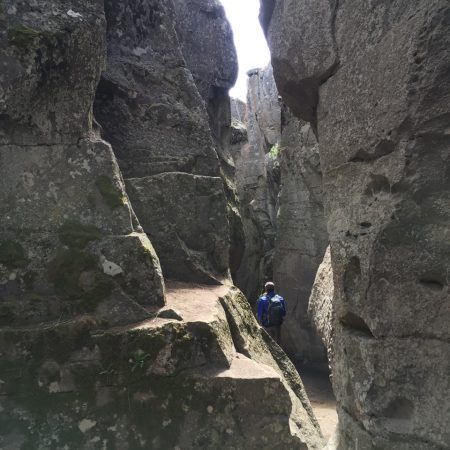 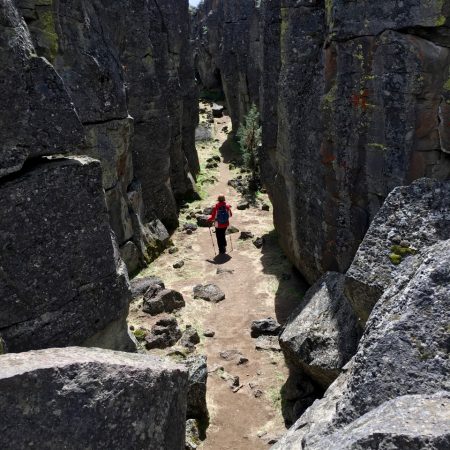 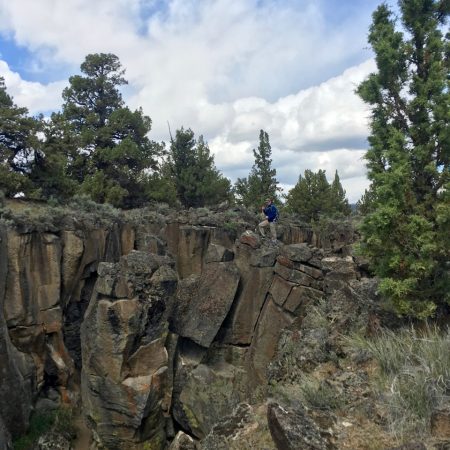 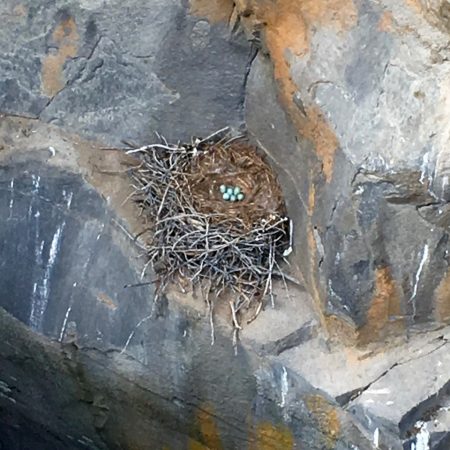 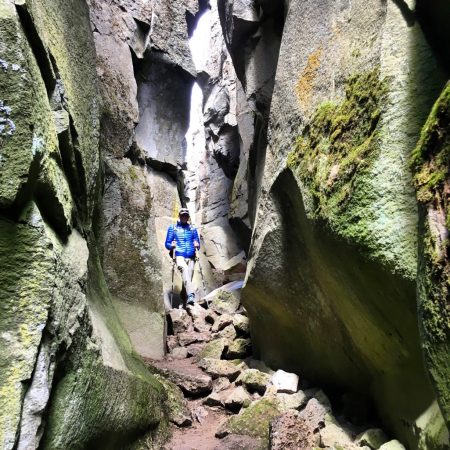 We found a remote, six-site Green Mountain Campground, north of Christmas Valley and Crack in the Ground. It was not on any map or online resource. Once again, we found ourselves alone, enjoying a stunning 360 degree view of the surrounding cinder cones and lava fields, watching an approaching storm. The wind kicked up and snow fell overnight. Green Mountain also happens to be the site of a newish concrete fire lookout compound which is a short walk from the campground. It was unmanned this early in the fire season. 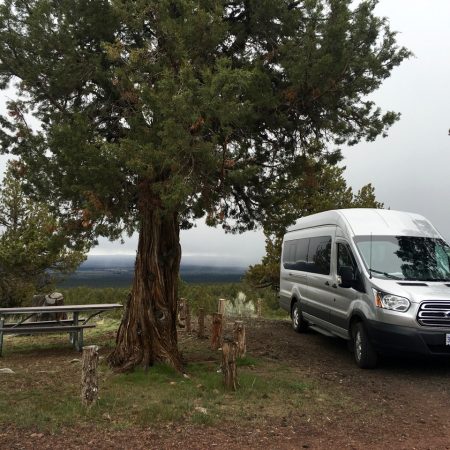 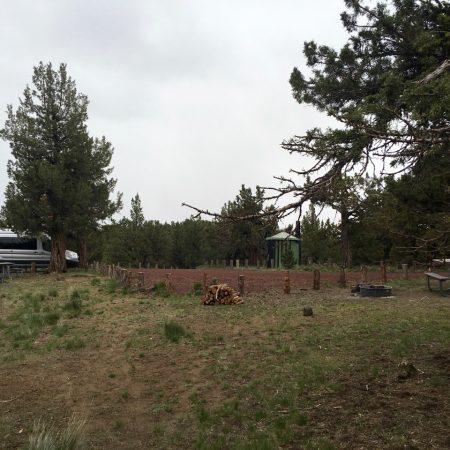 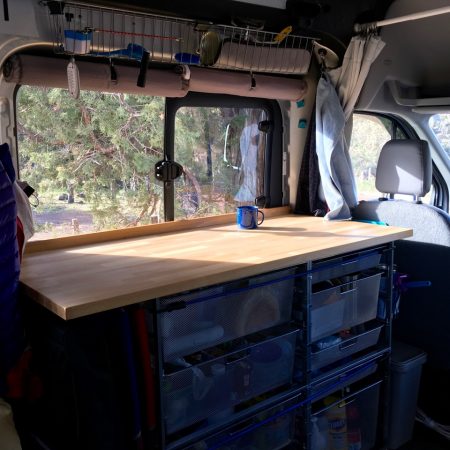 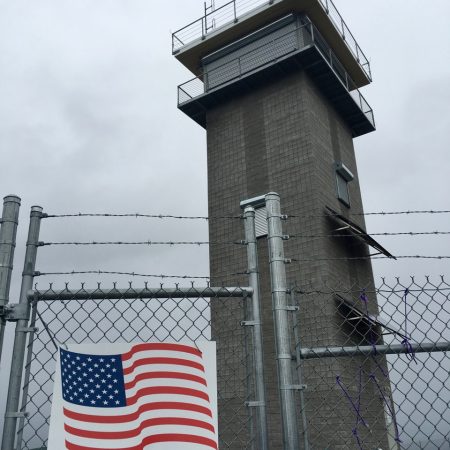 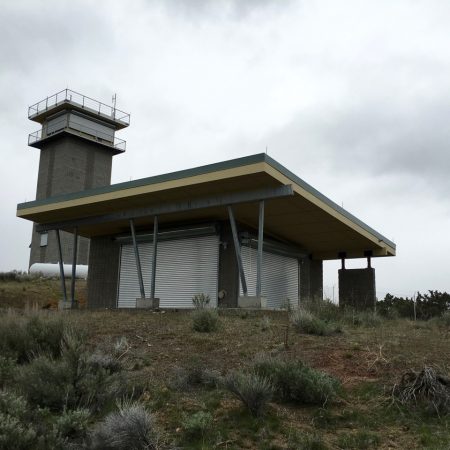 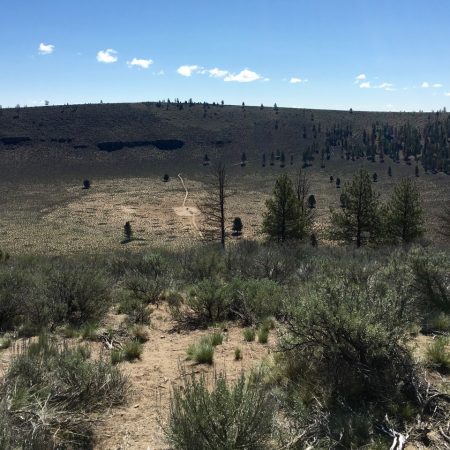 We were up for one more “geology-based adventure” so we drove to “Hole in the Ground” which we spotted on the road atlas. It took us a while to find the right dirt road, but when we did, the ground opened up before us dramatically. Its a 300 foot deep maar (volcanic explosion crater) that’s a mile across, off of Oregon Rt 31.

On the way home, we had lunch with David’s cousin in Bend. Later, we turned west from Terrebonne on to Lower Bridge Crossing Road and walked the trail alongside the Deschutes River in the Borden Beck Wildlife Preserve. We saw lots of golden marmots, waterfowl and even a rattlesnake crossing the path in front of us. 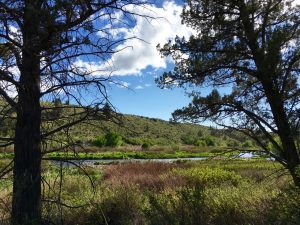 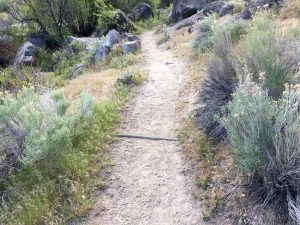 PS. The new refrigerator works great. It’s quiet and efficient and has greater capacity than the cooler. If we have access to shore power, we just plug into AC current and it switches over automatically.

One thought on “Caves, Cracks and Holes”