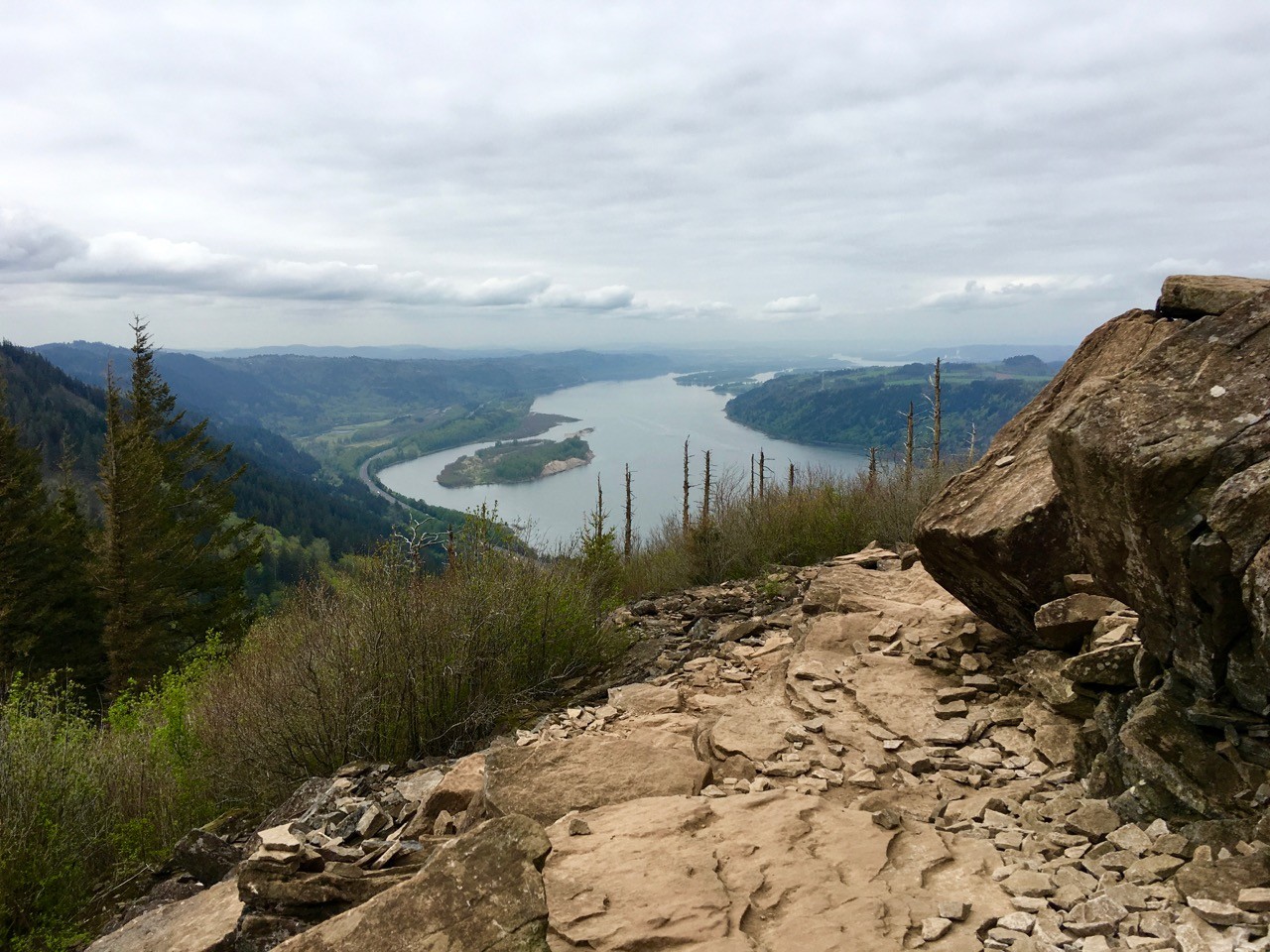 With five days of rain headed our way, we decided to get a hike in while the weather held.

We decided to try Angel’s Rest again which is less than a half hour away from our house. The temperature hovered around 50 degrees with overcast skies.  About half the parking lot was full when we arrived at 10:30 am. Upon return three hours later, the lot was full, as we passed a steady stream of people and dogs huffing their way up to the top. This time the path was much rockier than we remembered, and to be honest, downright unpleasant to navigate. Overuse has taken its toll and we probably won’t take this hike again. SO many people, too many loose dogs, so much ankle-twisting rock and the highway noise never goes away. We’ll go back to our beloved Oxbow Park instead. 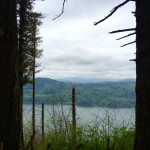 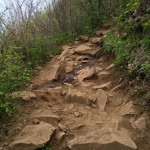 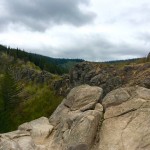 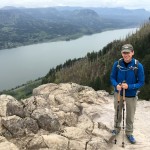 Original hike on January 21, 2013:When we left Sandy, the day was sunny and still. By the time we got to the Columbia River Gorge 15 minutes later, we’d completely changed climates. It was 20 degrees colder and extremely windy in the Bridal Veil Trail Head parking lot. The trail was mostly frozen with patches of solid ice from run-off on the way up. On the way down, the footing had softened to mud from the January sun.

Eastern exposures were windy, but nothing compared to the gale force winds at the top (watch video below). There were more people on the trail than expected for a Monday (MLK holiday was the likely reason). Many hikers wore shorts and we passed groups with LOTS of leash-less dogs, mostly black labs. What’s up with that? 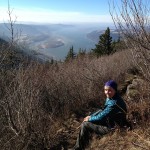 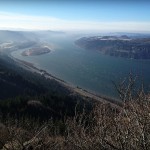 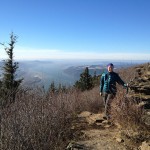 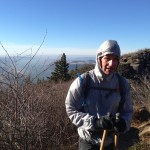 One thought on “Angel’s Rest Redux”