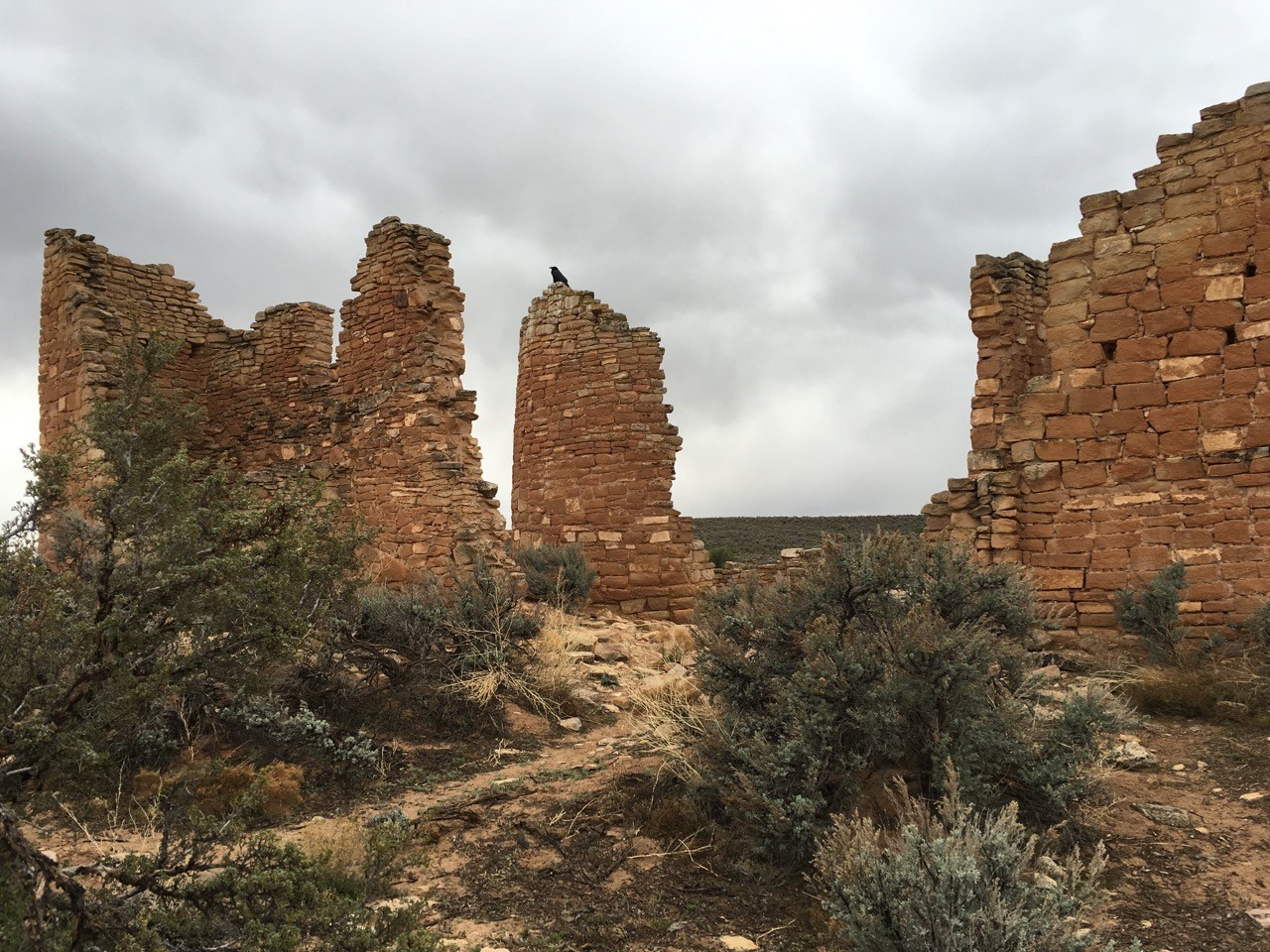 We took a different route north to Moab on this trip, and decided to take a detour to Hovenweep National Monument which straddles the Utah and Colorado state line. Since the Visitor Center and campground is about 30 miles east of the main road, few people take the time to explore this area. Once home to over 2,500 people, Hovenweep includes six prehistoric villages built between A.D. 1200 and 1300. A variety of structures are preserved in their original form, including multistory towers perched on canyon rims and balanced on boulders. We explored two of the villages— Holly Ruin and Square Tower units. 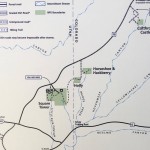 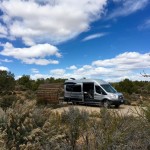 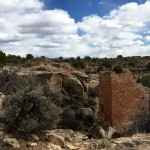 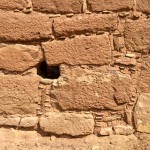 We found a great spot at the almost empty campground and departed for an 8 mile out-and-back hike to Holly Ruins Unit. The trail head is in the campground loop and immediately drops through a tight slot canyon to the valley floor below. Another tight slot canyon needs to be navigated four miles later as you approach the ruins. Extra-wide folks would have a hard time squeezing up to the plateau where the ruins are located. Our hats barely fit! 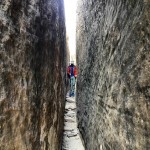 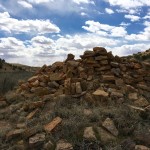 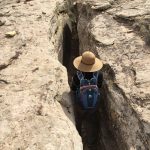 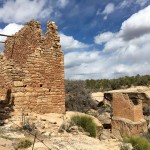 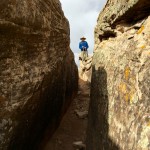 Most of the trail is pretty easy and leads through a series of low sandy washes then long plateaus which rise slowly to the canyon where the Holly Ruins are built. Midway, a pile of untouched ruin rock squats along the path. Suddenly on the rim ahead, a series stone towers appear, ingeniously affixed to giant boulders. Being there by ourselves made it feel like the discovery was uniquely ours to experience. 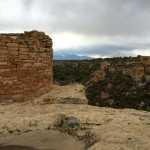 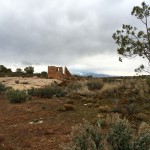 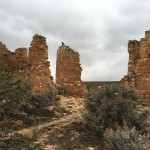 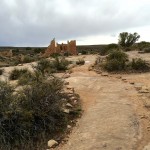 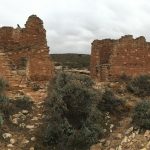 Overnight, the temperatures dropped into the twenties and heavy wet flakes began to fall towards dawn. We warmed up by walking a two mile “Lower Ruins” loop around the Square Tower village near the visitor center. Dozens of towers in all shapes and sizes rose from both sides of the plateau. Storage granaries were tucked into the overhanging cliff walls. It’s an easy walk, and dotted amazing structures all along the trail.