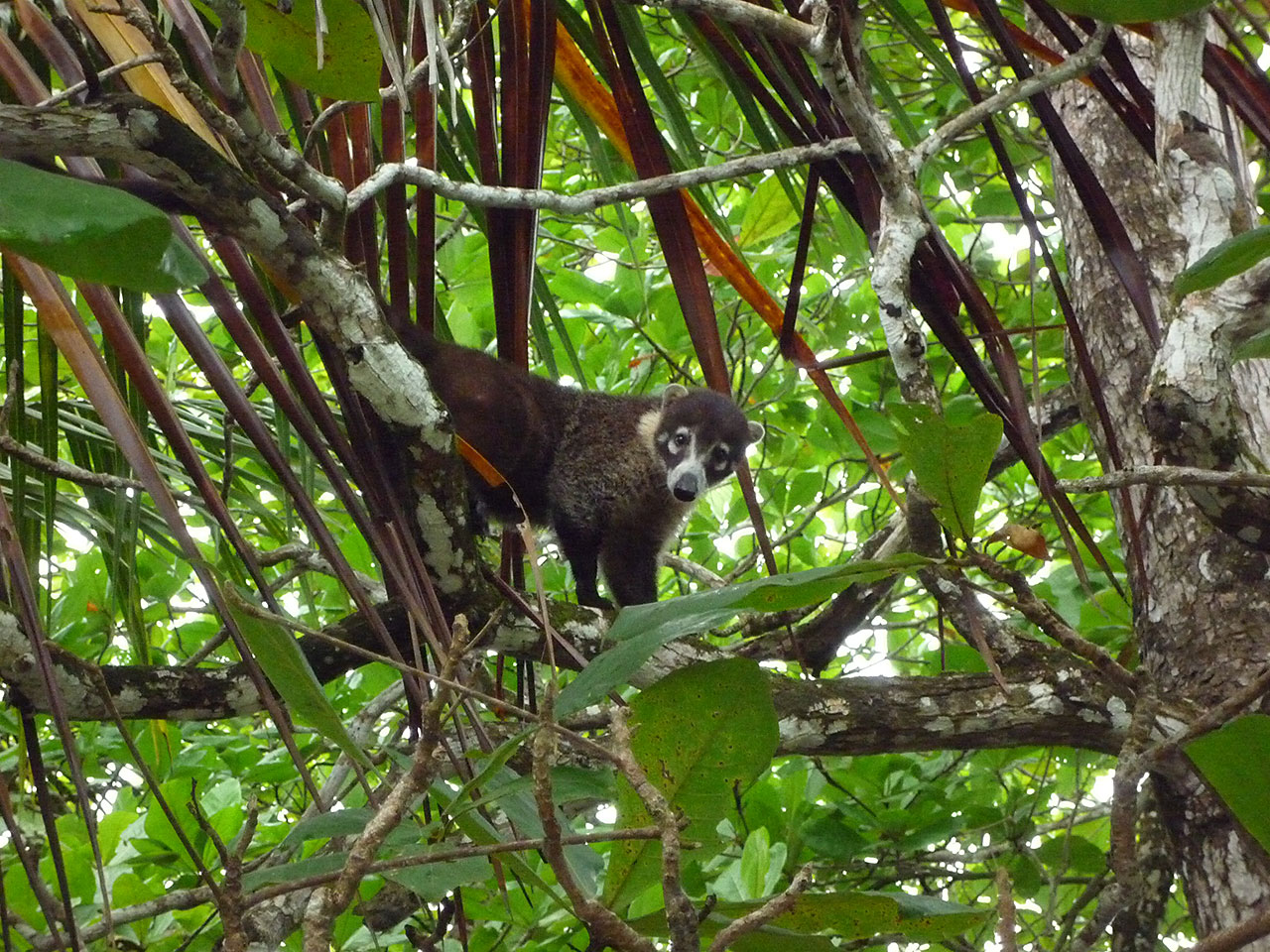 Here are a few highlights that we captured on film:

Hermit crabs scuttle on the beach in an endless meandering parade. Where’s everyone headed?

A troop of leaf cutters marches on for hundreds of yards.

Take a moment to listen to the dulcet tones of the Cicada drones: [sc_embed_player fileurl="http://beyond.thirddoor.com/site/wp-content/uploads/2013/03/cicada_drone.mp3"]

Here’s an agouti in the yard. She’s about 18 inches long, and reminded us of a long-legged smooth coated guinea pig who moves like a rabbit. Not much to watch as she doesn’t move in this clip, but turn volume all the way up, listen to the end, and then imagine the aural addition of crashing waves and howler monkeys to get the full effect. That was our Costa Rican sound loop 24/7.

We found this blue iguana on a short walk down the road. He was molting and looked like he’d just pulled a shirt of dull gold chain mail over his bright blue body.

After spending $170 for guide services on a day hike to Corcovado National Park, and seeing very little, we soon discovered that the best way to meet animals was from our porch, armed with our trusty binoculars. My favorite creature to watch was the five foot long ctenosaur that crept up to the top of a 75 foot tree across the yard every afternoon. After a little google research, I discovered that their daily routine is to seek out a place to safely bask in the heat to aid in digestion. This particular guy sported a rosy red head and a wobbly gray wattle that he’d shake vigorously to attract his modestly attired girl friend on the next tree over. I wish I’d had a telephoto lens!  Very thankful that I had no idea where he spends his nights. The “internet cafe” was right below his daytime perch. The ctenosaur is commonly referred to in Spanish as the ‘gallina de palo,’ or ‘tree chicken.’ 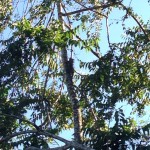 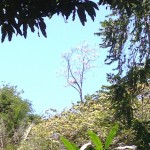 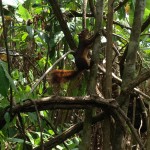 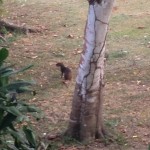 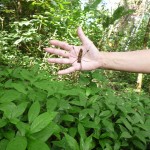 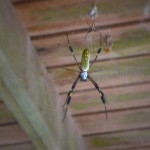 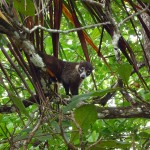 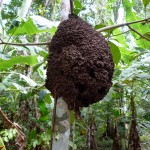 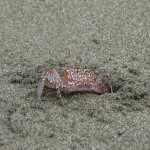 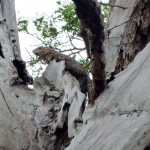 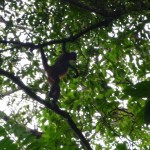 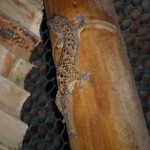 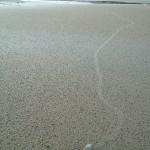 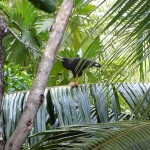 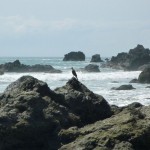 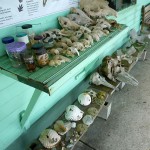 This was posted at Corcovado National Park, indicating the range of wildlife that we might have encountered: