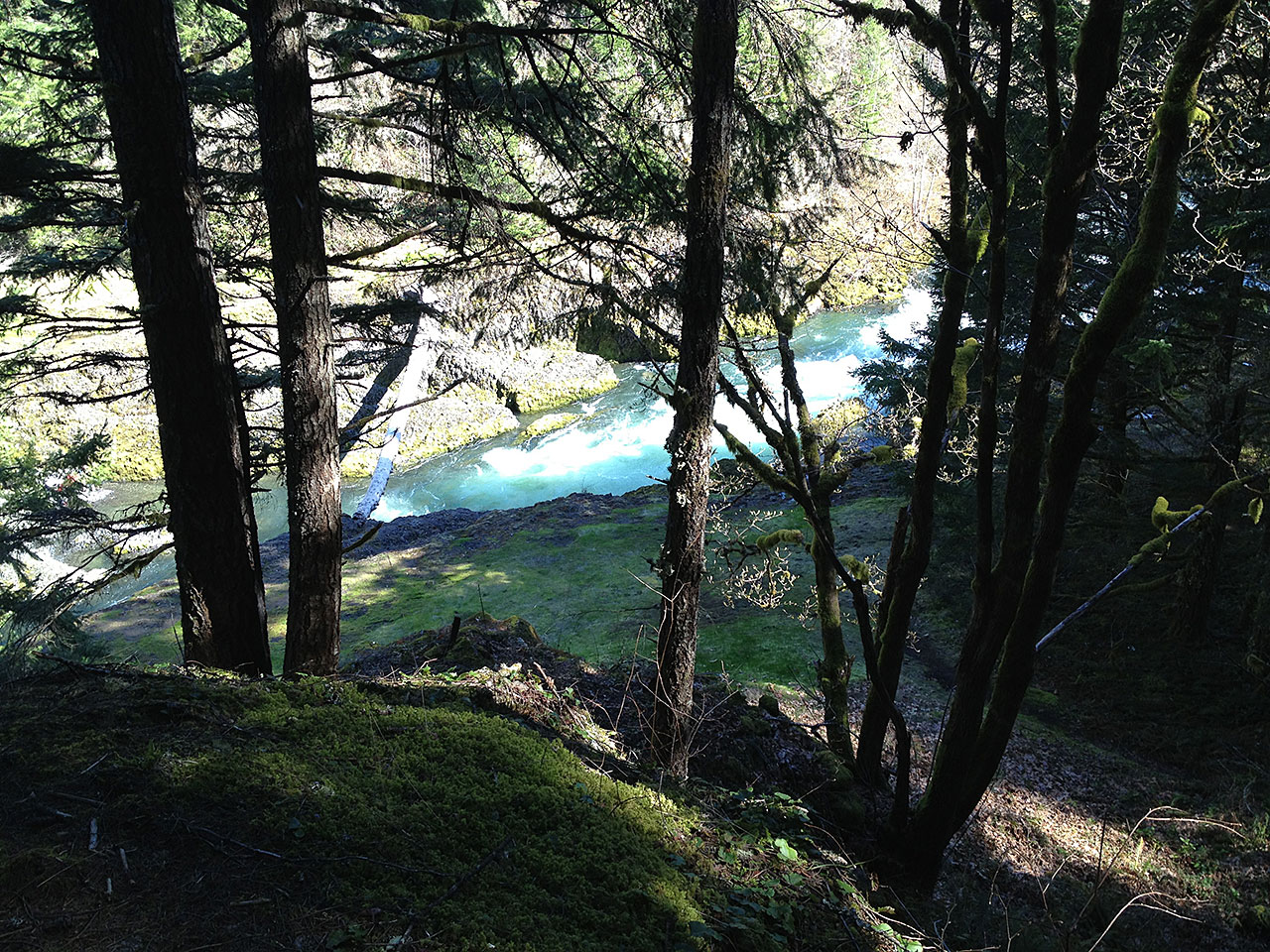 We started out the day intending to hike up McIntyre Ridge to Wildcat Mountain, but encountered the true meaning of “snow line” 5 miles before the trail head. Stymied by sudden deep snow on the road, we changed direction and headed to a lower elevation to try the east end of the Clackamas River Trail which departs at the Indian Henry campground. The trail head, about 23 miles east of Estacada on Hwy224 has room for a dozen cars.

It was a lovely Easter weekend with cloudless skies and unseasonably warm temperatures in the mid 70’s. It was cooler in the forest which was lit with shafts of sunlight. 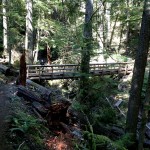 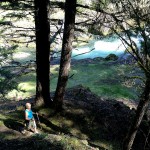 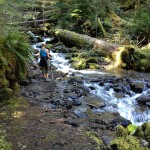 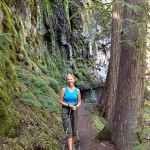 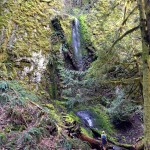 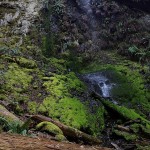 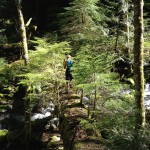 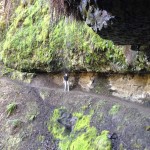 We passed several waterfalls along the way including Half Caves, where the trail is carved (or blasted) into the rock face behind a slim waterfall, much like Tunnel Falls but on a smaller scale. The trail follows a half-mile long ridge of huge basalt cliffs covered with brilliant emerald green moss and dripping water.

For the most part, the trail winds high up on the south side of the river but never ranges more than a 200 feet elevation gain over four miles. The footing is wonderful— mostly free of rocks and roots and would be an ideal route for trail running. After three miles, we left the path to stop at the Narrows on the Clackamas River for a snack and some sitting-in-the-sun time.

We continued on another mile to Pup Creek, but discovered that the trail up to the falls was on the other side, and there was no safe crossing because of the volume of water. We decided to head back and save the falls for another day. Hikers can also approach Pup Creek Falls from the west, by starting at Fish Creek campground which is 15 miles from Estacada. 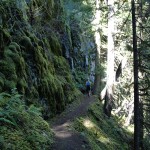 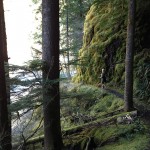 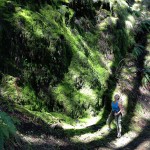 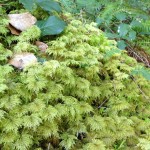 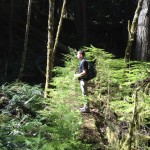 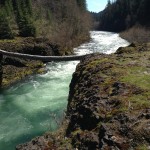 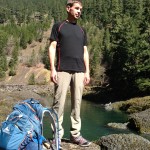 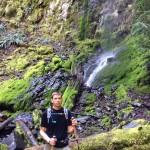 We encountered fewer than a dozen hikers, which is surprising for such a gorgeous day. Everyone else must be hiking the Gorge, enjoying the snow on Mt. Hood, or hunting for Easter eggs.

The forest displayed SO many shades of green, moss-like ferns and fern-like moss. We’re fortunate to have seen the range of color now, as it’ll fade to tans and browns by summer. Here’s a short clip.