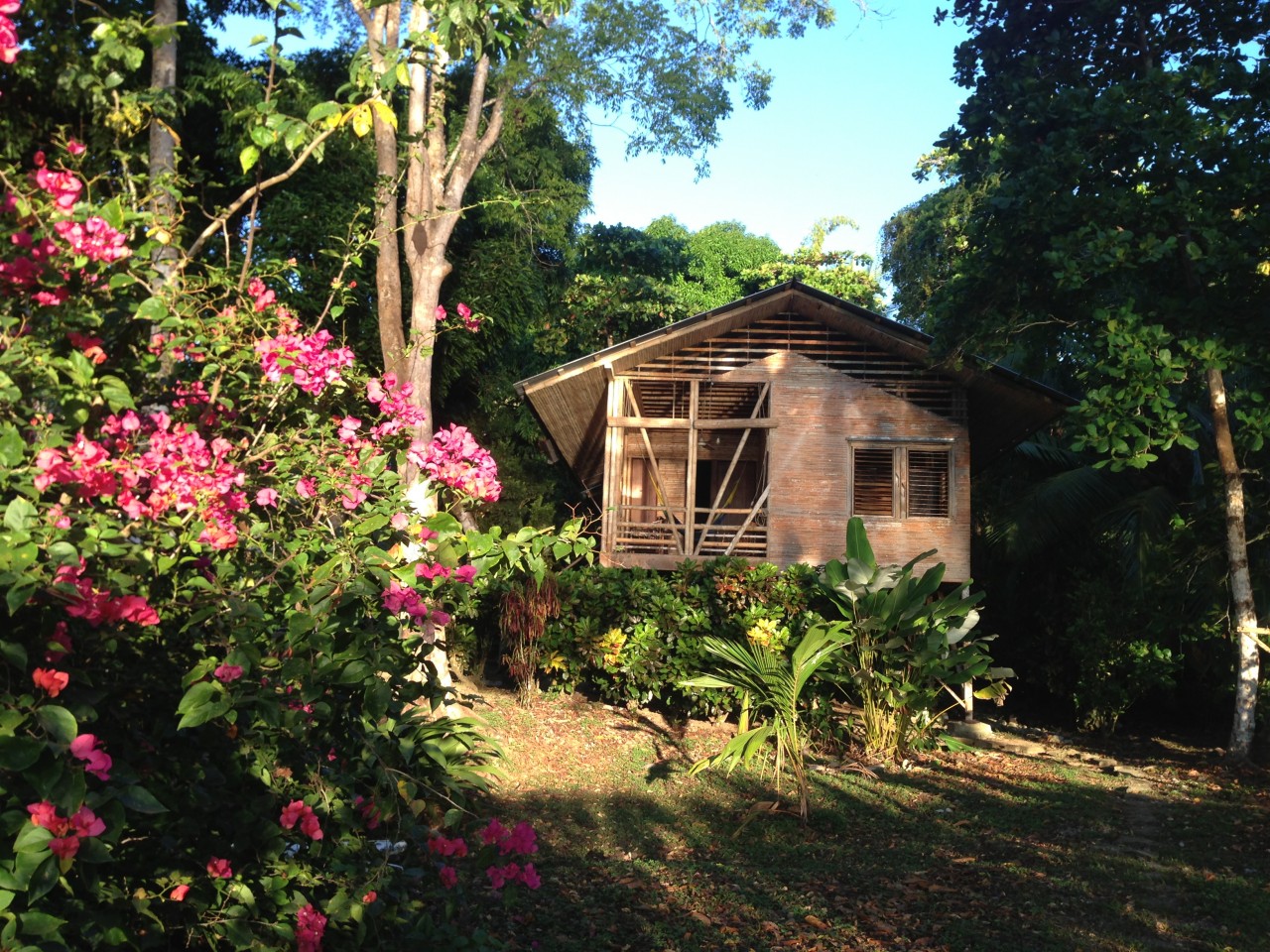 I thought we’d enjoy staying “off the beaten path” when we traveled to Costa Rica in March. Last summer, I cruised the internet until I found a something that caught my eye — a group of four hand-crafted bamboo houses on the Osa Peninsula built by an American couple from Austin, Texas. We had our choice of the four, which were arranged in varying proximity to Playa Pan Dulce. Casas Linda and Bambu were within 50 and 100 feet, respectively, of the beach and two other houses were perched much further up the slope in the rainforest away from the beach and across the road (Casas Pina and Sonrisa). We chose to rent the one closest to the beach, Casa Linda, for 11 days. 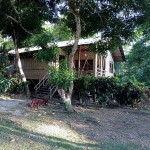 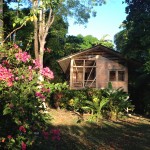 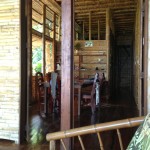 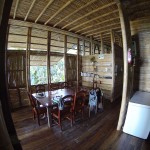 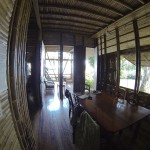 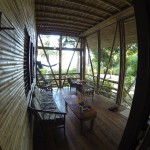 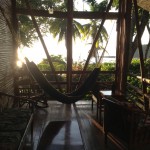 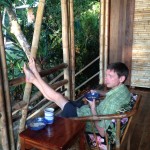 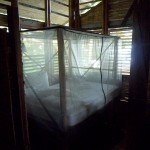 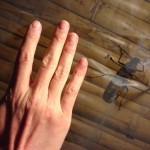 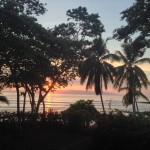 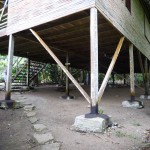 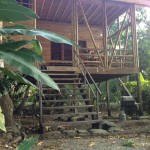 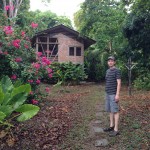 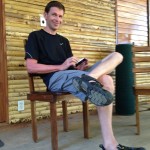 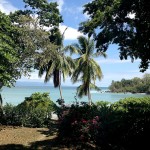 The house is constructed on piers about 8 feet off the ground, and except for a few structural timbers, is mostly bamboo. The floors, doors and counters are highly polished mahogany or rosewood. Windows are either fitted with tilt-able louvres or top-hinged panels to keep “the wildlife” out. Casa Linda has two bathrooms and four bedrooms, each outfitted with a small closet, a four-poster bed with a zippered mosquito net. We saw no mosquitoes but the bug life, especially at night, was extremely active and we were glad to have had the shelter of these nets. Inside the net was a small fan and reading light, all solar powered.

When we first arrived we were worried that the beds only had sheets, no blankets. What we now realize is that the temperature NEVER fluctuates more than a couple of degrees from 80. And the humidity is permanently set at maximum. Since we’re only 8 degrees from the equator means the days and nights are roughly equivalent. Sunrise and set at 6. All year round.

Sleep was a challenge because of crashing waves, the endless drone of cicadas and 4 a.m. howler monkey “drive-bys”. Who knew the waves never stop?

We spent much of the daylight hours on the front porch which faced south and east, affording us a great view of the ocean, the surfers and a wide variety of animal life in the yard and surrounding trees. To combat the high humidity and morning sun, we stayed under the ceiling fan and stretched out in the hammock with binoculars and a book in hand. 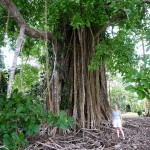 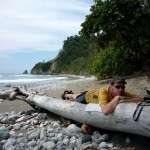 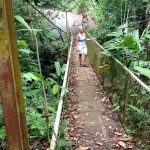 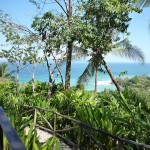 Having limited ourselves to only carry-on bags for this trip, and we wound up only using about half of what we packed. Even four pairs of shorts, convertible pants, ten tops, two bathing suits and enough clean under-roos for 12 days proved to be way more than necessary. 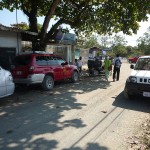 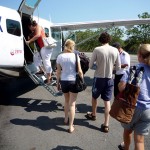 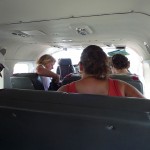 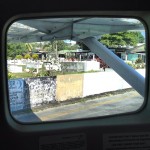 Since we did most of our own cooking, we packed some of our favorite food from Oregon— enough home-made granola and Bob’s Red Mill Steelcut Oats for 12 days, David’s ever-present Peanut-Toffee Buzz Clif bars, raw almonds, raisins, and Starbuck’s Via packets. We wanted to make sure to start all of our days away off right! Because there’s no electricity on the Oso Peninsula, most houses and resorts use solar power. Occasionally the drone of a generator far off in the distance could be heard. Casa Linda was equipped with a large chest refrigerator (no freezer), propane gas stove and on-demand propane water heater. Turning off lights, fans and appliances when not needed preserved the battery-banked solar power.

A variety of covered plastic bins were provided to protect and store food so that the fruit bats couldn’t nibble the fruit, and to confound the monkeys on their raids for food. We didn’t have any trouble with either varmint because we closed the window hatches and locked the doors when we left the house.

We even had  3-G wireless internet available at the caretaker’s house next door. An endless parade of fellow travelers beat a path to his door to check email, download games and conduct business from that porch. At the same time, giant iguanas and large families of spider monkeys cruised the trees directly overhead, dropping (or throwing) half eaten fruit and poop down from above.

And now for some soothing beach photos. 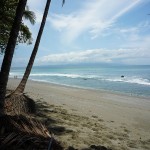 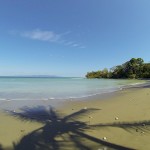 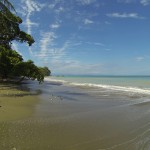