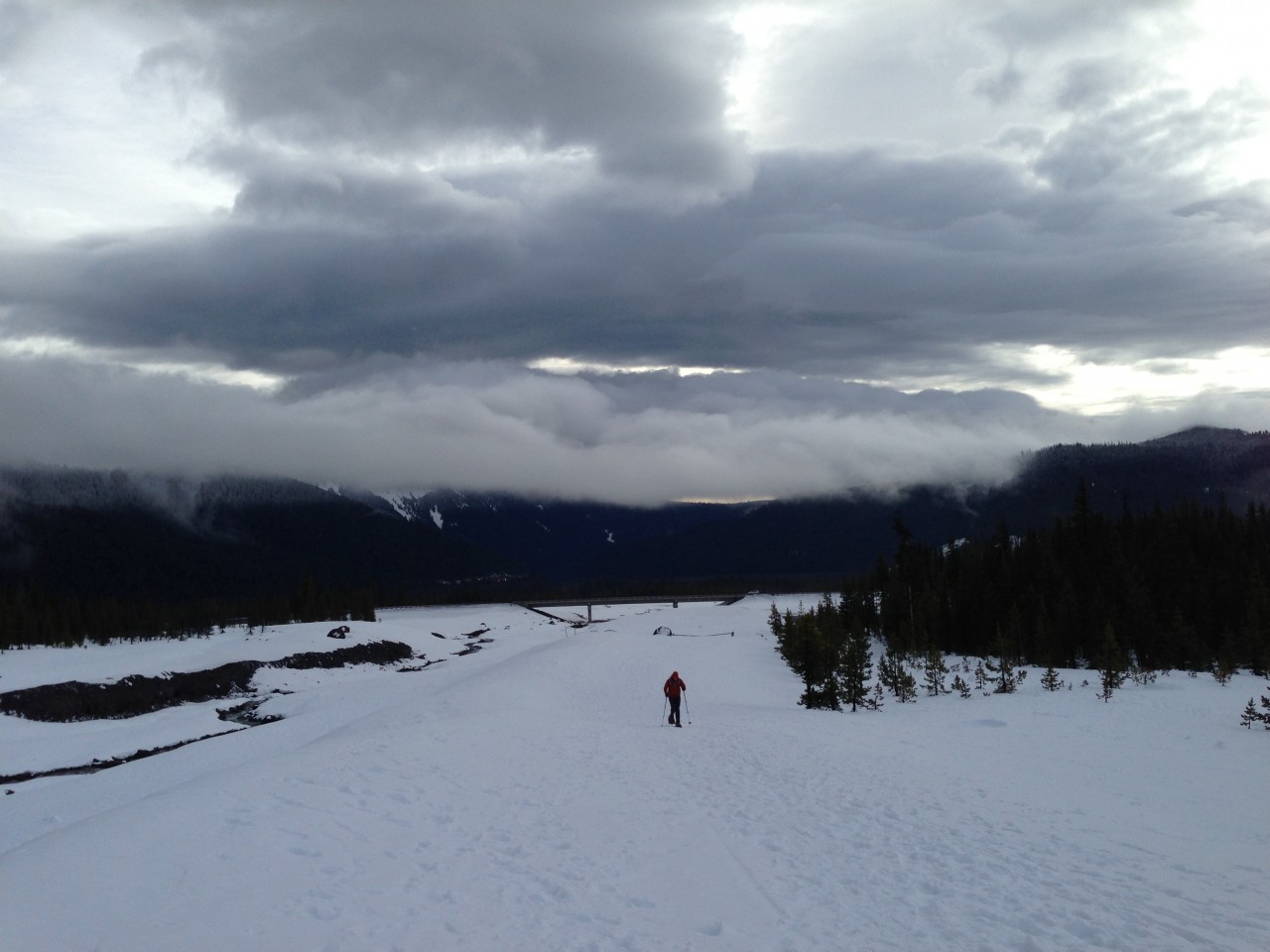 We headed up to Mt. Hood for some Valentine’s Day snowshoeing and were the first ones to arrive at the White River Junction Sno-park even though it was late morning.

Dramatic clouds formed all around us, with patches of blue sky. The snow was un-tracked with two inches of fresh powder as we followed the river up basin a few miles up towards Timberline.

At the end of the track, as we contemplated crossing the very deep snow over the river channel, a very kind woman RAN up to us (not out of alarm, she was running the whole time) and let us know that it wasn’t a safe thing to do and suggested back-tracking a bit and taking a higher trail (good advice). We passed her again on the way down (she was doing a second lap!).

Windy, but warmer than expected. The mountain was mostly hidden the whole time. 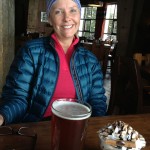 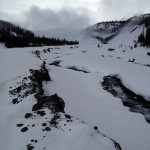 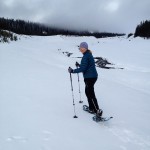 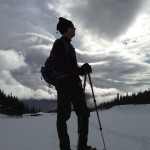