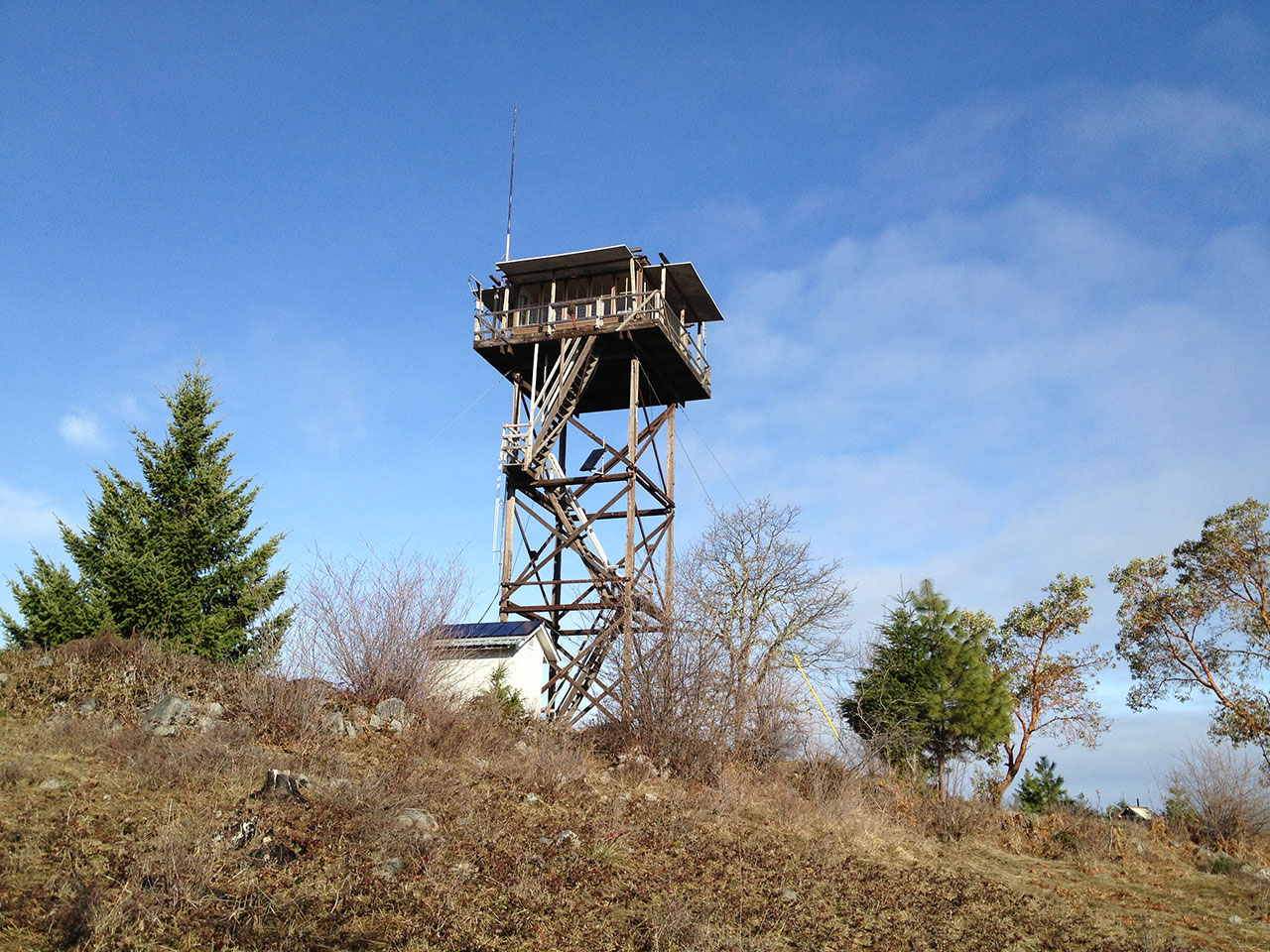 Somewhat on the spur of a January moment, we made on online reservation at the Pickett Butte fire lookout in Southern Oregon. We’ve stayed at a couple of other Oregon fire lookouts, but this would be our first tower. As in 52 ladder-like steps up into the frosty winter air.

After driving several hours, we arrived at the Tiller Ranger Station and chatted with the rangers. They gave us a few tips, a small map and sent us on our way.

A few detours later (thanks Google maps!) and many miles driving on logging roads through clear-cuts, we ended up at the locked gate for the lookout road. This is where I discovered that I hadn’t made note of the gate lock combination. Fortunately, there was just enough cell coverage to call the ranger station and got the 4-digit number just before they closed for the day. 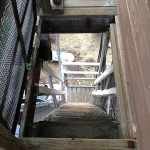 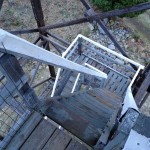 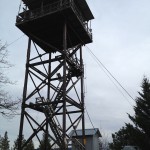 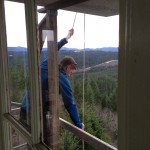 We parked right at the base of the tower after a half-mile drive inside the gate. Lugging our packs up the ladder wasn’t easy and at the top, a locked heavy metal security grate covered the opening in the outer deck of the lookout. Thankfully, the same code that unlocked the road gate worked here too.

A hoist was provided to haul gear up to the top, but that turned out to be just a milk crate tied to the end of a too-short rope. Later, we read how guests tried to get their pets up to the top via the hoist. It’s impossible to imagine how dogs ever made it up to the top.

The inside was more spartan than the other lookouts we’ve been to, with a single office chair on casters, a small table, single bed, and a couple of cabinets. The lights, heat, stove and refrigerator were propane. A large sign warned against running more than one at a time. We found the main valve for the propane and turned it on.

It was cold, so I fired up the heater first. Following the instructions, it lit up pretty easily and put out a nice amount of heat. Which was good, because the uninsulated structure afforded a 360 degree view through four walls of single-pane windows. Unfortunately, the heater went off after a few minutes and refused to re-light. We decided to let one of the stove burners run all night to take a bit of chill off.

In the morning, I managed to get the heater going again. This time I put a water jug on the pilot light button to keep it depressed and that seemed to work.

Weather was overcast with a lot of low clouds and fog in the valleys. A series of rain showers with sleet moved through along with some strong gusting winds, but nothing too worrisome.

We spent the afternoon trying find some of the other lookouts and hiking trails in the area (Acker’s Rock, Butler Butte) by cruising around on the logging roads. We were stymied by sudden stretches of slippery 18-inch deep wet snow and even with the Subaru, we had to turn around. If the weather had been a bit more favorable, we might have tried the snowshoes.

We were successful in locating the “World’s Tallest Sugar Pine” at 265 feet. It was worth the search! 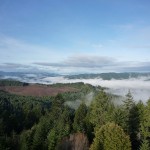 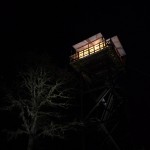 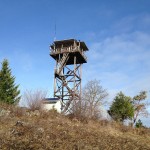 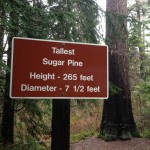 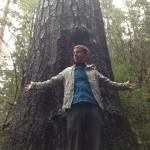 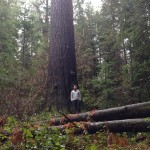 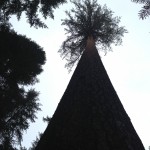 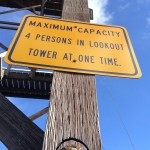 Back at the lookout, we spent some time reading through the journals entries left by other guests. Turns out that most people brought their dogs, guns-n-ammo, booze, music, sleds and movies along. Hard to imagine. Journals at the other lookouts hadn’t revealed this pattern. Perhaps it’s because one can drive right to the tower base.

After dinner and a few rounds of cards, we turned in for a star-studded, but chilly night.

After packing up in the morning, we took the scenic route home, adding an eastern loop out to Mt. Theilson and then back to Roseburg and the highway. We’ve read about the amazing scenery along the Rogue-Umpqua Scenic Byway and wanted to see some of it if we could, especially after the less-than stunning logging/clear cut views from the lookout. The drive out to Mt. Thielson (towards Crater Lake) was a bit unnerving as we gained 5000 feet and the snow got deeper and deeper. Most of the parks and side roads were completely blocked with snow, but we did manage to hike into Toketee Falls on an amazing, if icy, snow-covered, path.

After a quick stop in Glide to see the Colliding Rivers, we got back on the highway headed for home.

We stopped in Eugene for dinner at Falling Sky Brewing (delightful!).