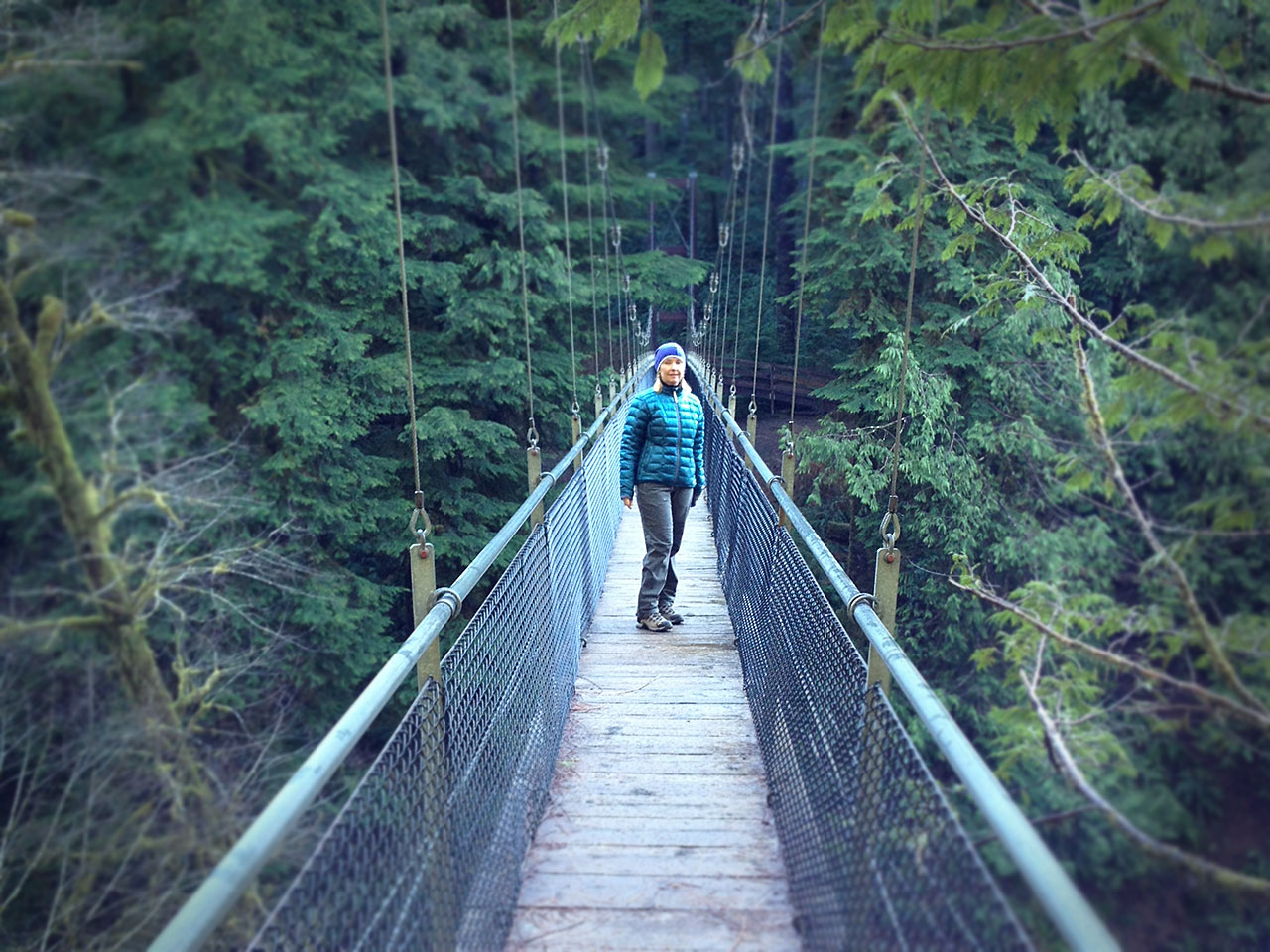 Portland’s been under an inversion this week with dull gray skies, very cold freezing fog and and high of 30 degrees if we’re lucky. So David and I decided to follow the sun and head to the coast where it was bright and sunny with temperatures in the 60s. We found brand new “deluxe cabins” for rent at the Cape Lookout State Park, and reserved one for two nights.

Cape Lookout’s central location (north of Lincoln City, south of Tillamook) made it an ideal choice for us. It’s also “bookended” by two coastal brew pubs that make it even more appealing for David: (Pacific City’s Pelican Brewing and Astoria’s Fort George Brewing).

I’ve been meaning to try the Drift Creek Falls hike for a year now, after spying a write-up about it on Adam Sawyer’s blog. We got out of the house shortly after 10 am, and followed Hwy 18 towards to the Drift Creek Trailhead (10 miles northwest of Lincoln City) around noon. We anticipated a simple pull-out along the dirt road, but were pleasantly surprised by a large, fully paved parking lot with restrooms. We hiked down to see the falls and the amazingly engineered suspension bridge. The trail was dark and cold but footing was good. Only saw two other people. One wonders who thinks of these projects (and furthermore funds them) these days! 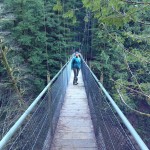 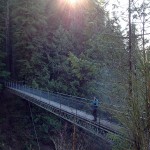 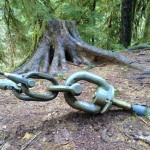 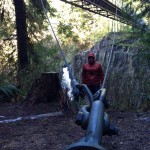 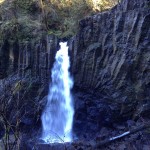 Afterwards we headed north on Hwy 101 to Pacific City where we had time for a 2 mile sunset beach stroll before, sadly, another disappointing dinner at the Pelican.