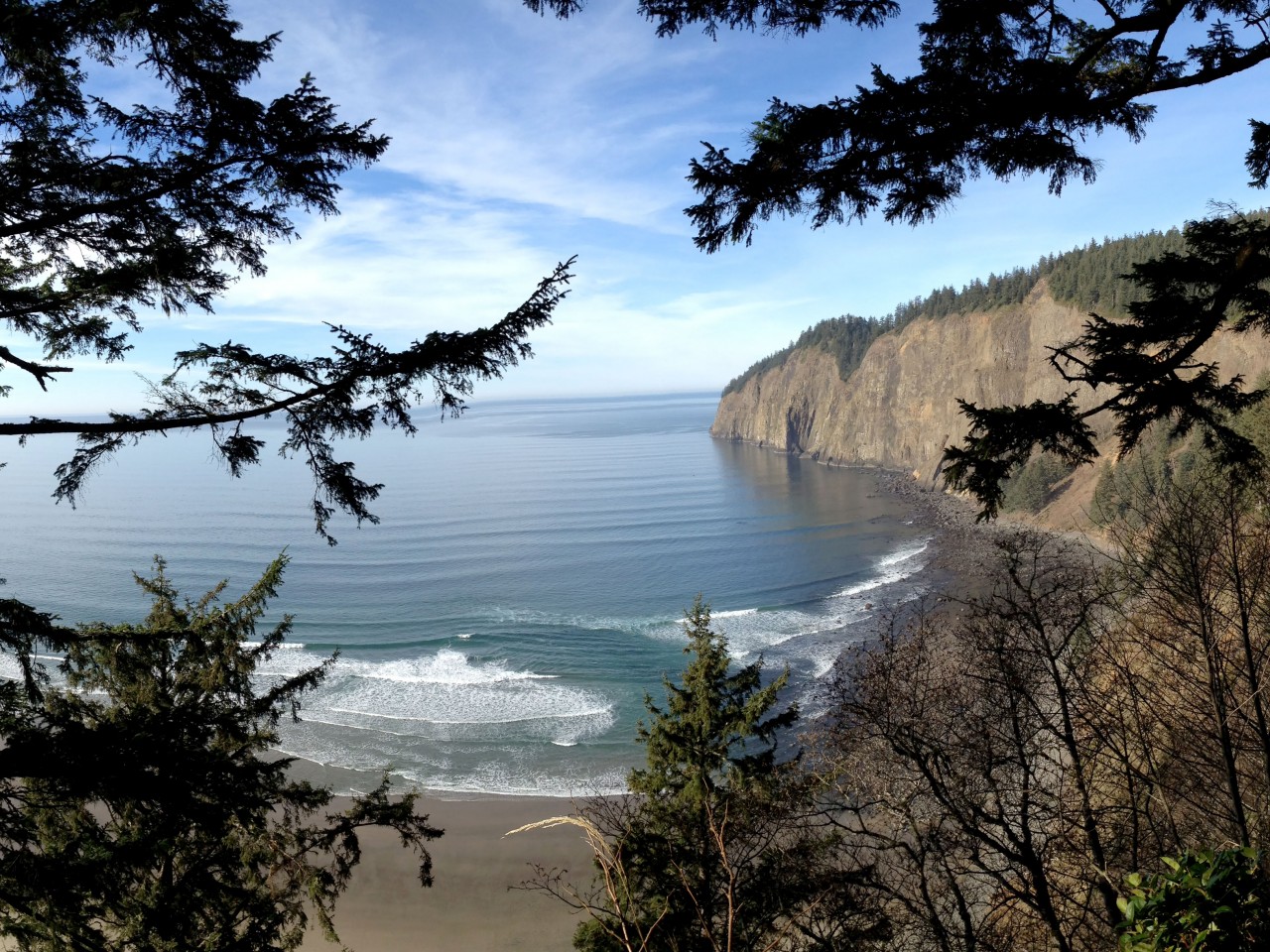 We arrived at Cape Lookout just before dark and checked in with the camp host. We had reserved the “Nestucca” Deluxe Cabin online a few days before, a steal at $56 a night.

The path from the parking lot to the cabin was lined with small lights mounted on wooden posts. The cabin itself was a pleasant surprise. At under 500 square feet, it appeared to be brand new and was furnished with a double bunk bed, futon couch, coffee table, dining table with four chairs, microwave, full-size refrigerator, bathroom with shower, wall heaters and even a TV with DVD/VCR. Outside, the porch featured a long park bench and new gas grill. Each cabin also had a private picnic table area and large fire ring. 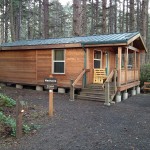 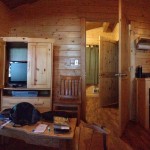 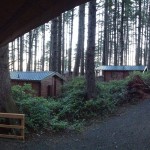 After settling in, we watched Road to Perdition and then rolled out our sleeping bags on the large bunk bed. The vinyl covered mattress was firm, and didn’t breathe well but wasn’t too bad.

The next morning, we walked north on the beach towards Netarts Bay for a couple of miles, encountering giant tangles of sea kelp, a driftwood Loch Ness monster look-alike, and took pictures of patterns in the sand. Like we do. 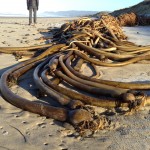 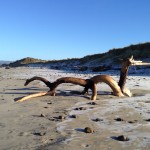 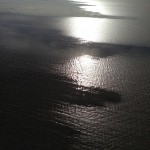 After lunch we drove up to the Cape Lookout Trailhead and hiked 4.8 miles, roundtrip to the end of the Cape. A seemingly unsupervised corrections crew was there working on the trail. As we hiked, Chris wrote colorful doomsday headlines in her head as we observed the inmates guiding a fleet of loud, motorized wheelbarrows with tank treads to haul gravel and wielding deadly-looking pick axes, shovels and rakes to make a mess of the first half of the muddy trail.

The latter part of the trail was blissfully quiet, and we met less than a dozen other hikers. The views south, west and north were equally amazing. Most surprising were the warm, 75 degree air and cloudless skies. In January! We saw a bald eagle fly by several times, heard hungry eaglet cries from a nearby nest and seals barking in the surf 400 feet below. 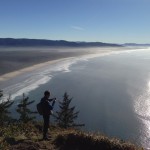 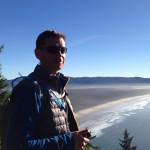 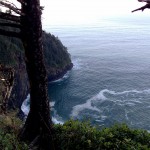 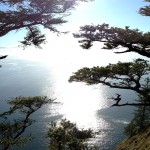 For dinner, we heated up some soup, ate cheese and crackers, and finished up with a bar of dark chocolate. The second night, we tried our inflatable sleeping pads on the bunk beds. While this was much more comfortable, every time one of us moved was like two, giant balloons rubbing together!.

The next morning, we packed up the cabin and drove up to the Cape Lookout Trailhead again, but this time took the South Trail 3.6 miles roundtrip to the beach below. 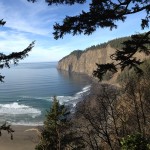 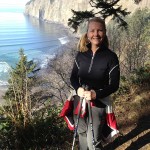 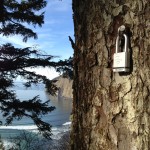 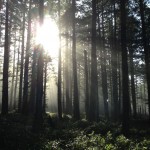 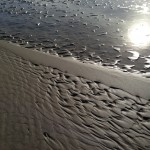 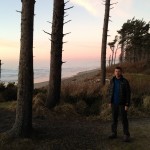 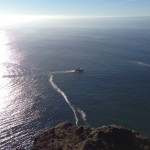 The weather was perfect. Low 60’s, clear and calm. We watched a group of five seals parallel the beach a few hundred yards out as they headed over to check out three surfers.

It was past time for lunch so we hiked back up and drove a half hour north to Roseanne’s in Oceanside for a bowl of chowder. Our final stop of the trip was planned for Fort George Brewing in Astoria where we only had room for a brew and fries. Anticipating a sleepy three hour after-dark drive back to Sandy, we stopped at our favorite Astoria Coffee House for an espresso-to-go and a cookie.

One thought on “Cape Lookout”